Commentary by Bridget Conneely on 30 May 2013

If you fly over the Great African Rift Valley from its northernmost point in Ethiopia, over the great national parks of Kenya and Tanzania, and follow it south to the very end, you will arrive at Gorongosa National Park in central Mozambique. Plateaus on the eastern and western sides of the park flank the lush valley in the center. Dramatic limestone cliffs, unexplored caves, wetlands, vast grasslands, rivers, lakes, and a patchwork of savanna and forest contribute to the incredible diversity of this park. What makes this place truly unique, however, is Mount Gorongosa—a towering massif that overlooks the valley below. The mountain is topped with lush tropical rainforest and home to species that can be found nowhere else on earth. There are very few places in Africa where one can see the lions, elephants, and antelopes of the hot, dry savanna and then, just kilometers away, be enveloped in the cool moisture of tropical rainforest.

This is the setting for Professor E.O. Wilson’s first trip to Africa. As a biologist who wants to save life on earth, he wanted to know what undiscovered species live in this largely unexplored park. With the help of his local field assistant, Tonga Torcida, he organized the local children on Mount Gorongosa to help him collect whatever they could find. The diversity of small creatures on Mount Gorongosa was astounding and he considers Gorongosa to be “…ecologically, the most diverse park in the world.”

Professor Wilson became involved when he learned of the Gorongosa Restoration Project, a U.S. non-profit that partnered with the Mozambican government in an unprecedented 20-year effort to protect and restore Gorongosa National Park. This partnership has the twin goals of saving the biodiversity of Gorongosa and also helping the human communities there to increase their living standards. It is a story of hope, determination, perseverance against formidable odds, and yes, the occasional setback and heartbreak. 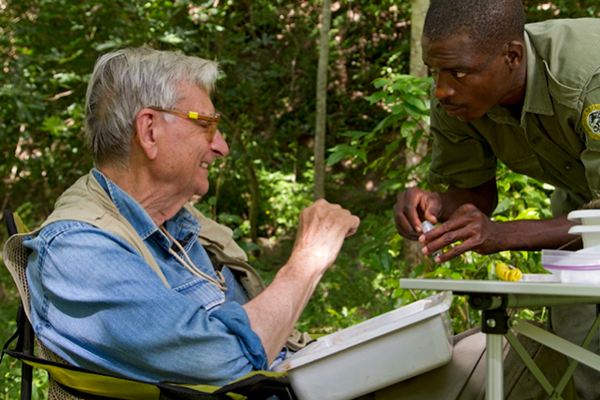 Professor Wilson recognized that Mount Gorongosa is important not only for its endemic species, but also because it represents a large portion of the water catchment of the park. The rainforest soaks up moisture during the wet season and waters Gorongosa’s vast plains during the dry season. Without intervention, this sacred forest may be gone forever and rivers supplying water to the wildlife in the valley below would dry up.

In a recent article in National Geographic Magazine, titled The Rebirth of Gorongosa, Professor Wilson chronicles his first trip to Gorongosa and explains why this special place must be saved. Since that first visit, he has written a book about Gorongosa (to be released next year), organized further biological surveys with top scientists from around the world, and developed chapters about Gorongosa in his new digital biology textbook, Life on Earth. A new research laboratory in the park is being named after Professor Wilson in honor of his vision, leadership and assistance to this cause. 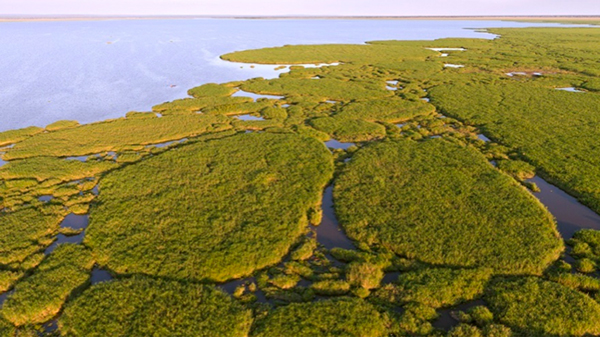 Lake Urema in the center of Gorongosa National Park. Photo by: Piotr Naskrecki. 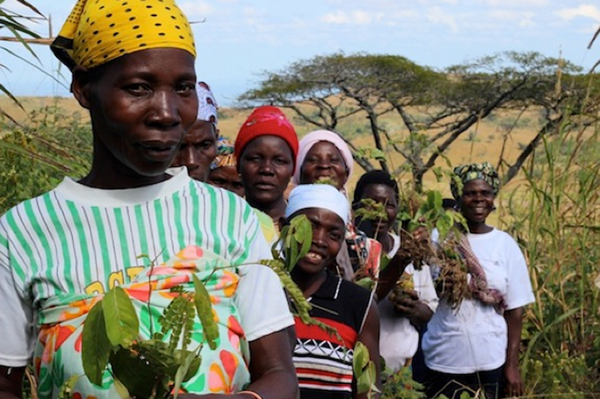 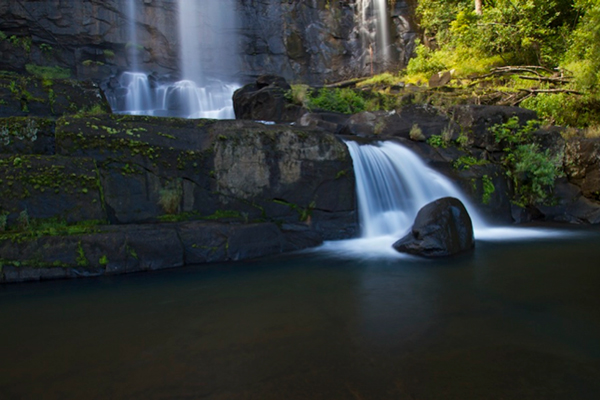 One of the many waterfalls of Mount Gorongosa’s rainforest. Photo by: Piotr Naskrecki. 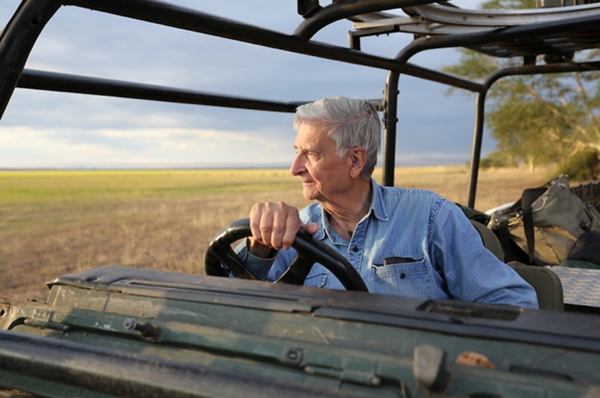 Report: nearly half the timber from Mozambique to China is illegal

(02/07/2013) Forty-eight percent of the timber making its way from Mozambique’s forests to Chinese companies was harvested illegally, according to a new report by the Environmental Investigation Agency (EIA), which blames the problem on widespread corruption and poor governance. The illegal logging cost Mozambique, the world’s fourth least-developed country in the world according to the UN, $29 million in tax revenue, says the report.