A new consensus statement by 520 scientists from around the world warns that global environmental harm is putting at risk the happiness and well-being of this and future generations.

“Based on the best scientific information available, human quality of life will suffer substantial degradation by the year 2050 if we continue on our current path,” reads the statement, which is signed by a broad array of experts from 44 countries. Entitled, “Maintaining Humanity’s Life Support Systems in the 21st Century: Information for Policy Makers,” the broad and impassioned statement was supported by the non-profit, Millennium Alliance for Humanity and Biosphere (MAHB).

Noting that the evidence of environmental destruction is “overwhelming,” the scientists point to five major issues that policy-makers must immediately tackle: climate change, mass extinction, destruction of ecosystems, pollution, as well as human population growth and consumption patterns.

“Here are 520 scientists from throughout the world making a very strong statement, with as little waffling as possible, about Earth’s environmental problems, and we’re putting it in the hands of policy makers so they can understand and start formulating solutions,” said one of the signatories, Anthony Barnosky, a professor of integrative biology at the University of California – Berkeley. 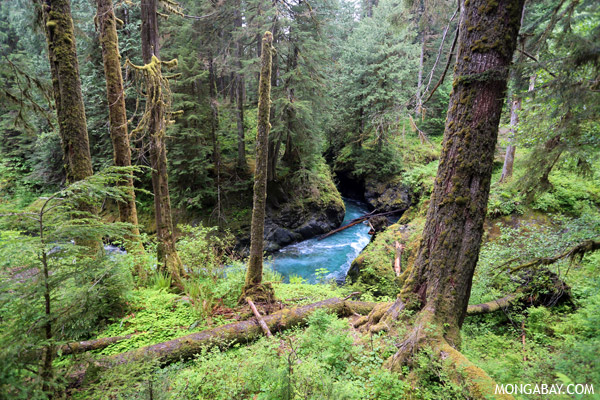 Temperate rainforest on the Olympic Peninsula, Washington State. Photo by Rhett A. Butler.

The statement warns that the Earth is heating up at a pace not seen in human history due to burning fossil fuels, while extinction rates are paralleling those during the last days of the dinosaurs. Meanwhile forty percent of the world’s ice-free terrestrial ecosystems have been lost, while every ecosystem shows the human impacts. In addition, air, land, and water pollution is injuring people and wildlife in “unforeseen ways.” Finally, global human population continues to rise and consumption patterns are adding more stress to the global environment.

“By the time today’s children reach middle age, it is extremely likely that Earth’s life-support systems, critical for human prosperity and existence, will be irretrievably damaged by the magnitude, global extent, and combination of these human-caused environmental stressors,
unless we take concrete, immediate actions to ensure a sustainable, high-quality future,” reads the statement.

For Barnosky one of the solutions takes precedence, given the scale and speed of global climate change.

“It is essential to get off fossil fuels as fast as possible,” he says. If we don’t, we are not going to make it. Period.”

Barnosky notes that while many scientists have been warning of global environmental destruction for decades, this statement is notable.

“This is not the first time scientists have alerted decision makers to these issues, but we are doing it now much more forcefully. There is a lot of new and alarming scientific insight about the environmental changes currently taking place and how this is profoundly affecting humanity,” he says adding that “how we mitigate and manage these interacting environmental impacts will determine whether or not human quality of life declines over the next few decades.” 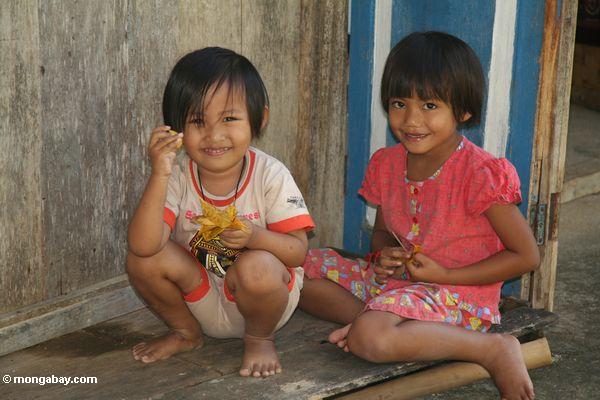 Children on the Indonesian island of Sulawesi. Photo by: Rhett A. Butler.