Independent air samples by locals have yielded “a soup of toxic chemicals” in Mayflower, Arkansas where an Exxon Mobil pipeline burst on March 29th spilling some 5,000 barrels of tar sands oil, known as bitumen. Chemicals detected included several linked to cancer, reproductive problems, and neurological impacts such as benzene and ethylbenzene. Air samples were taken by community leader and University of Central Arkansas student April Lane a day after the spill. However, the Environment Protection Agency (EPA)’s and Exxon Mobil’s air samples have yielded chemical levels below harm except in the direct clean-up area, according to the Arkansas Department of Health (ADH).

“Thirty toxic hydrocarbons were measured above the detection limits. Each of the thirty hydrocarbons measured in the Mayflower release is a toxic chemical on its own and may pose a threat to human health depending on various exposure and individual factors,” says Dr. Neil Carman with the Lone Star Chapter of Sierra Club and former Texas Commission on Environmental Quality. “Total toxic hydrocarbons were detected at more than 88,000 parts per billion in the ambient air and present a complex airborne mixture or soup of toxic chemicals that residents may have been exposed to from the Mayflower tar sands bitumen spill.”

Oil mined from the Alberta tar sands, known as bitumen, is significantly different than traditional crude: heavier than normal oil, bitumen is treated with several toxic chemicals (such as benzene) in order to lighten it. In an event of an oil spill such as this, bitumen is also radically more challenging to clean up as it sinks in water instead of floating.

In addition to collecting independent air samples, Lane has also been interviewing local residents of Mayflower.

“Even four weeks later, residents are still feeling symptoms from the chemical exposure,” she says in a statement. “People have consistently talked about gastrointestinal problems, headaches, respiratory problems, skin irritation including chemical burns, and extreme fatigue.”

A member of the Faulkner County Citizens Advisory Group, Lane has been trained in air sampling by the Bucket Brigade program from Global Community Monitor.

Air sampling has also been conducted by the EPA and Exxon Mobil. While Exxon Mobil has admitted that toxic chemicals, such as benzene, were found in the air shortly after the spill, it now says the air is safe. The Arkansas Department of Health has stated that despite local complaints, air samples showed no danger to people aside from the off-limits area where clean-up was occurring.

“State and Federal need to step up immediately to document and prevent any further health issues associated with the Exxon oil spill,” Ruth Breech, a Bucket Brigade trainer with Global Community Monitor said. “Agencies need to share information in a manner to ensure informed decision making and enable access to necessary resources such as medical treatment for chemical exposure.”

Despite the health and environmental concerns, Exxon Mobil has kept reporters out of the spill area, including a no-fly zone over the impacted area, which is still ongoing a month later. Much of the information coming in has come from local groups and activists.

The spill has intensified the already heated debate over the Keystone XL Pipeline which would carry 800,000 barrels a day of tar sands oil 1,700 miles from Canada to the Gulf of Mexico for international trade. 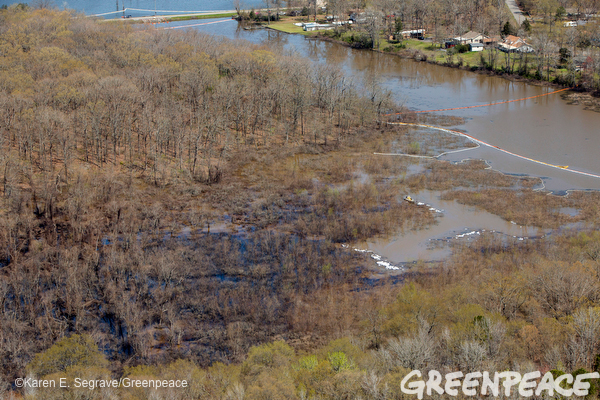 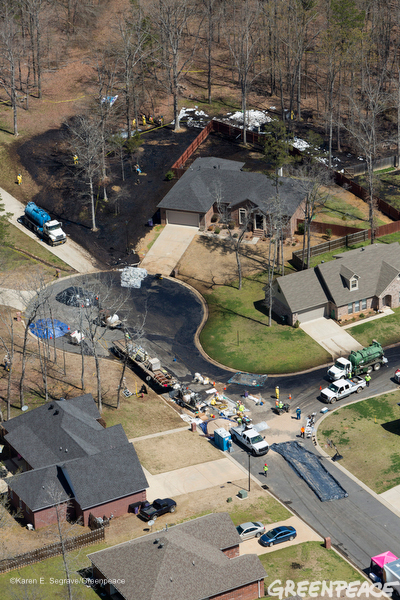 Big oil makes $137 billion, gives 28 percent back to themselves

(02/13/2012) The world’s top five oil companies—BP, Chevron, Conoco Phillips, Exxon Mobil, and Royal Dutch Shell—made a record $137 billion in 2011 beating out the previous record in 2008, reports Climate Progress. Still even as the companies made record profits they produced 4 percent less oil than the prior year.