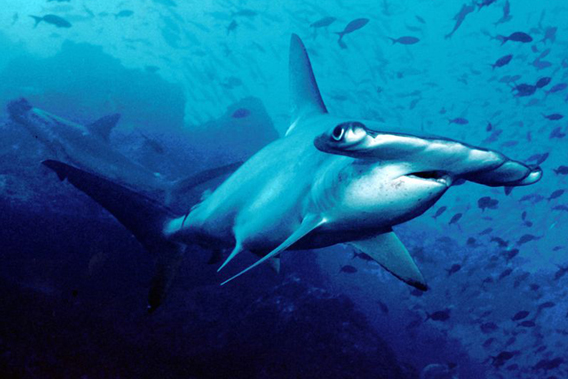 Scalloped hammerheads (Sphyrna lewini) off Cocos Island, Costa Rica. This species is up for protection by CITES this month if nations votes in its favor. Photo by: Barry Peters.

While a new study warns that up to 100M sharks are killed annually, there are signs out of China that demand for shark fin may be on the decline.

A study published last week in the journal Marine Policy estimated shark deaths at 100 million in 2000 and 97 million in 2010, suggesting a slight drop in shark killing. Meanwhile reports out of China in recent months suggest an accelerating decline in shark fin consumption. China is the top market for shark fin, which is consumed as a status symbol, typically at wedding ceremonies and business dinners.

Figures released by Chinese officials late last year showed that shark fin imports fell from 10,292 metric tons in 2011 to 3,087 through the fist 11 months of 2012. Meanwhile, last summer the Chinese government announced it will stop serving shark fin at state dinners, an important symbolic move. The Chinese media has also recently grappled with the issue, noting that shark fins are loaded with mercury and have no nutritional value.

“Wine is replacing shark fin. It conveys status as well or better than shark fin,” Peter Knights, the head of WildAid, which has lead a campaign against shark fin soup, told mongabay.com. “Things are really coming to a head now and it is becoming more mainstream to address the demand side of the wildlife trade. The shark campaign is working, but whether we can apply it to rhinos and elephants is the next challenge.”

Various media outlets have reported that the price of shark fins in plummeting, down by about 50-70 percent in China. A drop in price means fishermen are less likely to target sharks. Such a reduction, if confirmed, would represent millions of sharks being saved from the hook. 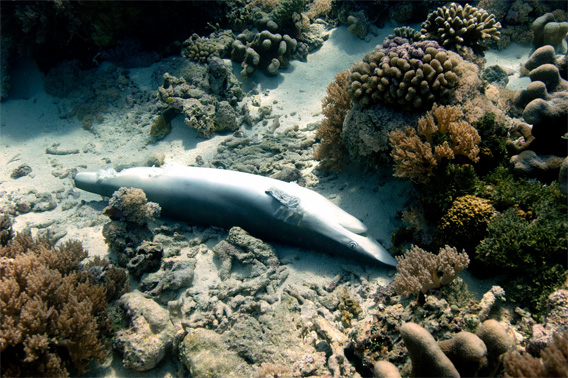 Finned shark at the bottom of the ocean. Sharks that have been de-finned die. Photo by Nancy Boucha.

Sharks have also seen good news on the conservation side in recent years. Numerous countries have declared some or all of their waters as “shark sanctuaries.” In addition, shark fin soup has faced legislative bans in a number of U.S. states.

Still biologists fear for many species of shark, especially given slow maturation, long lifespan and few offspring. The researchers estimated that fisheries are taking 6.4 to 7.9 percent of the world’s total shark population from the ocean every year. However, sharks average population growth rate is about 4.9 percent. If sharks are allowed to recover, it will be a slow and long process much like is has been for whales since industrial whaling was banned in the mid-1980s.

In the meantime, the decline in sharks is likely having impacts across the world’s oceans as top predators, both on land and in water, play oversized roles on ecological stability.

“This is a big concern because the loss of sharks can affect the wider ecosystem,” said co-author of the Marine Policy paper Mike Heithaus, with Florida International University. “In working with tiger sharks, we’ve seen that if we don’t have enough of these predators around, it causes cascading changes in the ecosystem, that trickle all the way down to marine plants.”