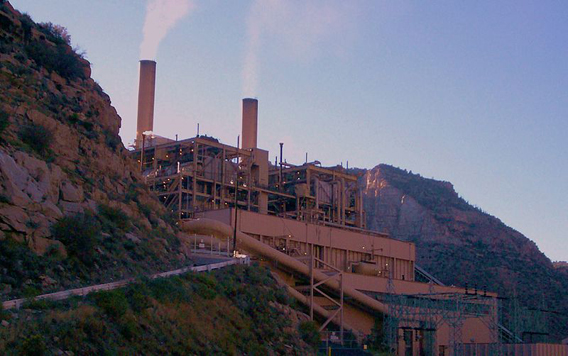 A new analysis finds that 21 wealthy countries spent five-times more on subsidizing fossil fuels in 2011 than they have on providing funds for poor nations to cut greenhouse gas emissions and adapt to the impacts of climate change. The analysis, by Oil Change International, comes in the midst of the current UN Climate Summit held in Doha, Qatar; progress at the talks has been stymied due to the gulf between poor and rich nations, including on the issue of climate financing.

“What this analysis shows is that governments gathered in Doha to supposedly fight climate change need to put their money where their mouths are,” said Stephen Kretzmann, Executive Director of Oil Change International. “It should be plainly obvious that you can’t solve a problem when you’re spending vastly more to continue creating it than you are to fix it.”

According to the analysis 21 wealthy countries—including the U.S., Australia, Canada, Japan, and the UK—spent $58.7 billion on subsidizing fossil fuels, while they pledged $11.2 billion in “fast start” funding for poor countries to combat climate change. Rich nations have pledged to boost such funding to $100 billion a year by 2020, but have not outlined how they would pay for it—another contention at Doha this week.

The country with the highest financial support for fossil fuel subsidies was the U.S., which spent $13.1 billion on them in 2011, according to the analysis. In contrast, it put only $2.5 billion in the climate funds. The U.S. is the world’s largest historical contributor to global climate change, and remains the second largest emitter today after China.

Of the 21 countries analyzed by Oil Change International, only Japan’s climate financing was significantly higher than its fossil fuel subsidies.

Yesterday, Ban Ki-moon, Secretary General of the UN, told governments at Doha that, “No one is immune to climate change—rich or poor. It is an existential challenge for the whole human race—our way of life, our plans for the future. We must take ownership. We, collectively, are the problem. Then we should have the solutions.”

(10/05/2011) In 2009, G20 nations committed to phasing out fossil fuel subsidies over the medium term, yet are further away today than they were two years ago from keeping the pledge. According to the International Energy Agency (IEA) fossil fuel subsidies rose by nearly $100 billion in the last year alone, from $312 billion in 2009 to $409 billion in 2010. The agency warned that subsidies could reach $660 billion by 2020 if governments don’t act on reform.

(02/21/2011) Investing around $1.3 trillion, which represents about 2% of the world’s gross domestic product (GDP), into ten sectors could move the world economy from fossil-fuel dependent toward a low carbon economy, according to report by the UN Environment Program (UNEP). In addition, the investments would alleviate global poverty and keep stagnating economies humming, while cutting humanity’s global ecological footprint nearly in half by 2050 even in the face of rising populations.