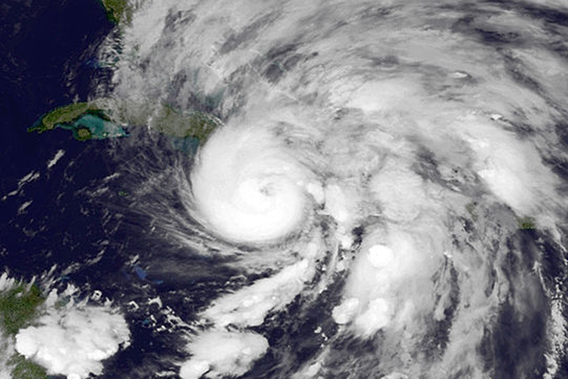 A new report by the World Bank paints a bleak picture of life on Earth in 80 years: global temperatures have risen by 4 degrees Celsius spurring rapidly rising sea levels and devastating droughts. Global agriculture is under constant threat; economies have been hampered; coastal cities are repeatedly flooded; coral reefs are dissolving from ocean acidification; and species worldwide are vanishing. This, according to the World Bank, is where we are headed even if all of the world’s nations meet their pledges on cutting greenhouse gas emissions. However, the report also notes that with swift, aggressive action it’s still possible to ensure that global temperatures don’t rise above 4 degrees Celsius.

“A world in which warming reaches 4°C above preindustrial levels [..] would be one of unprecedented heat waves, severe drought, and major floods in
many regions, with serious impacts on human systems, ecosystems, and associated services,” the report says, noting that there will be “a rapidly rising risk of crop yield reductions as the world warms.”

The report, entitled Turn Down the Heat, says that no region on Earth will avoid suffering from climate change, but the poorest will still get the brunt of the harm.

“Lack of action on climate change threatens to make the world our children inherit a completely different world than we are living in today,” said World Bank Group President Jim Yong Kim, who noted that warming must be kept below 2 degrees Celsius. Kim is notable as the first scientist (he is a physician and anthropologist) to head the bank. “Climate change is one of the single biggest challenges facing development, and we need to assume the moral responsibility to take action on behalf of future generations, especially the poorest.”

As one example, the report outlines in painful detail how unprecedented heatwaves may spread in a 4 degree world.

“Recent extreme heat waves such as in Russia in 2010 are likely to become the new normal summer in a 4°C world,” the authors write. “Tropical South America, central Africa, and all tropical islands in the Pacific are likely to regularly experience heat waves of unprecedented magnitude and duration. In this new high-temperature climate regime, the coolest months are likely to be substantially warmer than the warmest months at the end of the 20th century.”

In addition, sea levels will rise by at least 0.5 to 1 meter by century’s end, coral reefs and many other marine organisms could go extinct, and many farming areas may have to be abandoned due to higher sea levels and expanding drought.

The report also warns that adaptation efforts may not be enough in world overheated by 4 degrees, especially given the risk of going over climate tipping points.

“There is […] no certainty that adaptation to a 4°C world is possible,” the report says starkly.

“The Earth system’s responses to climate change appear to be non-linear,” explains, John Schellnhuber, director of the Potsdam Institute for Climate Impact Research (PIK) which co-authored the report for the World Bank along with Climate Analytics. “If we venture far beyond the 2 degrees guardrail, towards the 4 degrees line, the risk of crossing tipping points rises sharply. The only way to avoid this is to break the business-as-usual pattern of production and consumption.”

There’s still time to avoid the fate outlined in the report, if countries commit to “early, cooperative, international actions,” the authors write.

The World Bank recommends ending the $1 trillion currently paid out in subsidies for fossil fuel production; putting national prices on carbon and trading emissions internationally; increasing both energy efficiency and renewable energies; and incorporating ecosystem services in the global economy among other actions.

“The world must tackle the problem of climate change more aggressively,” Kim added. “We need a global response equal to the scale of the climate problem, a response that puts us on a new path of climate smart development and shared prosperity. But time is very short.”

However, environmentalists have long said that the World Bank, which provides loans to developing countries, is a part of the problem. The World Bank has a history of funding massive fossil fuel projects. To tackle some of the criticism, last year the World Bank announced it would only fund coal projects to the world’s poorest countries and only after alternative energies have been ruled out. Still, many would like the World Bank to take a harder line on climate change and hope Kim may steer the bank in that direction.

“The World Bank and its member governments have the means to finance a fair transition to a cleaner, safer and fairer future. WWF expects that this report is a first step towards that decision,” Samantha Smith, leader of WWF’s Global Climate and Energy Initiative, said.

The World Bank report also comes on the heels of another study by the International Energy Agency (IEA) which warned that two thirds of known fossil fuel deposits would have to stay in the ground if the world is to have a fifty percent chance of keeping the 2 degree target. Both reports have been released shortly before the next UN Climate Summit, which kicks off in Doha, Qatar next week. Despite the continuously dire warnings and already visible impacts of climate change worldwide—such as another record low in Arctic sea ice which stunned even the most pessimistic scientists—few are expecting a major breakthrough at the next summit.

From ‘fertilizer to fork’: food accounts for a quarter of the world’s greenhouse gas emissions

(11/01/2012) Growing, transporting, refrigerating, and wasting food accounts for somewhere between 19-29 percent of the world’s greenhouse gas emissions in 2008, according to a new analysis by the CGIAR Research Program on Climate Change, Agriculture and Food Security (CCAFS). In hard numbers that’s between 9.8 and 16.9 billion tonnes of carbon dioxide, more than double the fossil fuel emissions of China in the same year. Over 80 percent of food emissions came from production (i.e. agriculture) which includes deforestation and land use change.

(08/15/2012) Last month, the American Council for an Energy Efficient Economy released its first ever international energy efficiency scorecard, which gave the United Kingdom the top score. Using data points honed over years of rating U.S. states, the organization hoped to inspire nations to learn from each others’ effective policies, as well as encourage “friendly competition” in the spirit of lowering global carbon emissions. At number one, the United Kingdom achieved a score of 67 out of 100 points, followed by Germany, Italy and Japan. As a whole, the European Union tied with China and Au