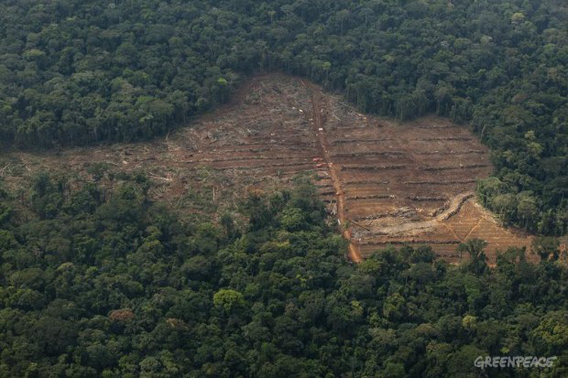 Clearing of trees in a concession area of Herakles Farm’s area for a palm oil plantation. Greenpeace says these clearings are illegal since Herakles’ lease has not been given final approval. Herakles Farm did not respond to request for comment. Photo: © Greenpeace/Alex Yallop.

Newly released photos by Greenpeace show the dramatic destruction of tropical forest in Cameroon for an oil palm plantation operated by SG Sustainable Oils Cameroon (SGSOC), a subsidiary of the U.S. company Herakles Farm. The agriculture company is planning to convert 73,000 hectares to palm oil plantations on the edge of several protected areas, but has faced considerable opposition from environmentalists. In addition to the aerial photos, Greenpeace alleges that ongoing forest clearing by Herakles is illegal since the companies 99-year lease has yet to be fully approved by the Cameroonian government.

“Any large scale industrial projects in an area that is one of the most important watersheds in sub-Saharan Africa and located in one of Africa’s most important biodiversity hotspots are entirely unsuitable,” said Frédéric Amiel, a forest campaigner with Greenpeace International in a press release.

The plantation is set in the midst of four protected areas, including Korup National Park, which is home to around 200 reptile and amphibian species, 400 bird species, and 160 species of mammals, including one of the most diverse assemblages of primates ever discovered. Its location prompted a letter last year from 80 civil service groups raising concerns about the impacts on forests, migrating species, and local people.

In response to the letter and other criticisms, Herakles Farms promised it would abide by strict environmental and social standards. The CEO, Bruce Wrobel, went so far as to call his team “environmentalists.” However the project has since become mired in controversy as local communities began to protest the project and the company announced it was pulling out of the Roundtable on Sustainable Palm Oil (RSPO), which sets the basic environmental standards for the industry. Most recently the head of an NGO actively opposing the plantation, Nasako Besingi, was arrested along with three others by national police. They were released four days later after local communities sported bail.

One of the more unusual twists in this story is that Herakles Farms is handing over some 17,000 acres to All for Africa, a charity that is also run by Bruce Wrobel, the CEO of Herakles Farms. As a part of its “Palm Out Poverty” campaign the proceeds from this plantation will go to funding community development projects around Africa. On its website, All for Africa’s ask donors to fund palm oil trees, but neglects to mention that the “sustainable” plantation is at the expense of tropical forest and opposed by some communities.

The website even states that its palm oil trees will “absorb more than 28,000,000 pounds of carbon dioxide every single year.” However, since the plantation comes at the expense of natural forests, it will actually release carbon into the atmosphere. All for Africa said it would remove this language from its website a year ago.

Greenpeace has called on the Cameroon government to cancel the project and set up new standards for land and palm oil in the country.

“The Herakles Farms plantation must be stopped with no conditions,” Amiel concluded.

Herakles Farms did not respond to request for comment, but in the past has asserted that it will not covert high conservation forest. The company says the project will bring jobs and other livelihoods to the region. 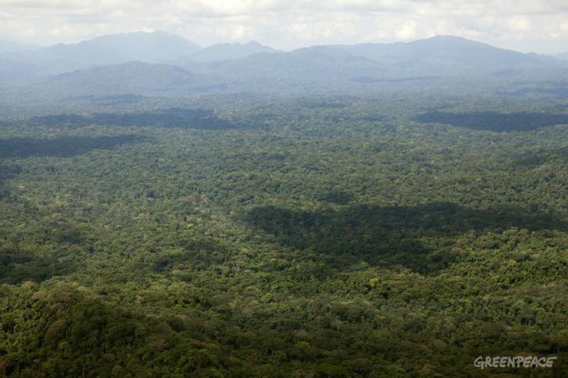 Rainforest in the concession area. In the past, Herakles stated it would not clear High Conservation Value Forest (HCVF). Photo: © Greenpeace/Alex Yallop. 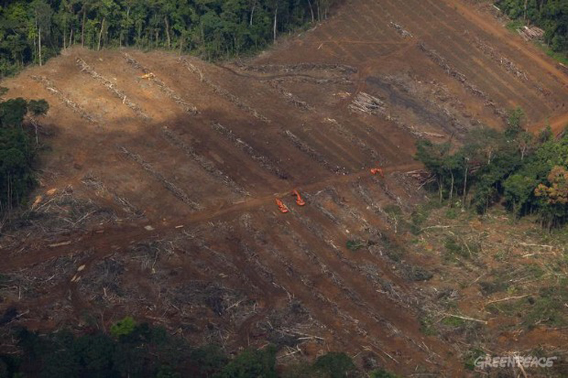 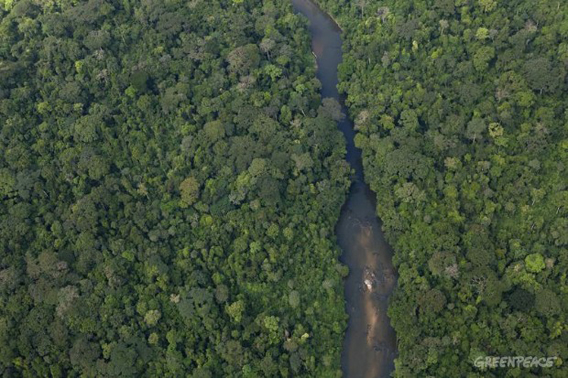 An open letter from Bruce Wrobel