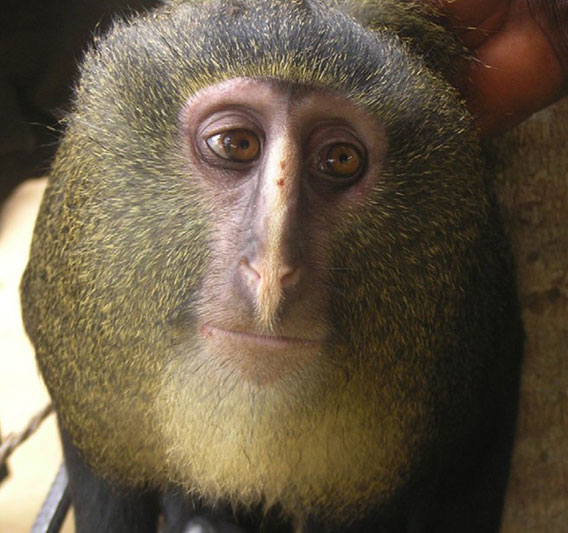 Close up of new species: lesula (Cercopithecus lomamiensis). This is a captive adult male. Photo courtesy of Hart et al.

In a massive, wildlife-rich, and largely unexplored rainforest of the Democratic Republic of the Congo (DRC), researchers have made an astounding discovery: a new monkey species, known to locals as the ‘lesula’. The new primate, which is described in a paper in the open access PLoS ONE journal, was first noticed by scientist and explorer, John Hart, in 2007. John, along with his wife Terese, run the TL2 project, so named for its aim to create a park within three river systems: the Tshuapa, Lomami and the Lualaba (i.e. TL2), a region home to bonobos, okapi, forest elephants, Congo peacock, as well as the newly-described lesula.

“There are monkeys out there between the three rivers that no one recognizes. They are not in our field guides,” Terese Hart wrote tantalizingly in a blog post in 2008. “We’ve sent photos to the most renown of African Primatologists. Result: a lot of raised eyebrows. And the more we find out the higher our eyebrows go.”

One of these monkeys was the lesula (Cercopithecus lomamiensis). John Hart first came across the new species in June 2007 when he and a field team were shown a captive baby lesula, kept as a pet by the local school director’s daughter in the remote village of Opala. The next step was locating the species in the wild.

“This area is so remote that we are the first binocular sporting biologist to venture into the depth of the TL2,” John Hart writes, adding that any primate taken out of the forest “arrived as heavily smoked and unrecognizable bushmeat in centers like Kisangani.”

Six months after seeing the captive lesula, the team discovered them in the wild in an area known as Obenge.

“[The lesula] is shy and was the least frequently seen of all primates recorded on large mammal surveys (19 observations of Cercopithecus lomamiensis out of a total of 223 visual observations of primate groups),” the researchers write in the paper, noting that the species prefers old-growth rainforests.

The lesula is apart of the Cercopithecini family, which are commonly referred to as guenons. It’s most similar to the owl-faced monkey (Cercopithecus hamlyni), which is also found in the region. But the lesula sports a lighter coat and has unique calls. Genetic testing, furthermore, proves the species are distinct from each other and have likely been separated for a few million years, probably by impassable rivers.

The researchers estimate that the lesula habitat ranges around 17,000 square kilometers (6,500 square miles) in the TL2 area, and say the species is not “uncommon” in a region to date untouched by logging and mining. However, that doesn’t mean the species is secure. Like many of Africa’s primate, the lesula is imperiled by the bushmeat trade.

“For species with restricted ranges and reliance on primary forest, such as [the lesula], uncontrolled hunting can lead to catastrophic declines over a short period,” the scientists write. The researchers suggest that the lesula be listed as Vulnerable by the IUCN Red List, due to a likely decline from “uncontrolled” bushmeat hunting.

With the goal of conserving this still untouched forest and its abundant wildlife (see list below), John and Terese Hart have kick-started the TL2 project and begun working with the DRC government and local communities on establishing a 9,000 square kilometer (3,470 square miles) protected area known as Lomami National Park in the region. In total, TL2 covers about 60,000 square kilometers (23,000 square miles), or an area about twice the size of Belgium.

“While the establishment of the new protected area is a necessary first step, active protection and monitoring are required to ensure the conservation of the lesula and other unique biodiversity of the eastern rim of Congo’s central basin,” the researchers write. For their parts, the Harts have been active in working with authorities to combat illegal poaching in the region.

In all the TL2 region is home to eleven primates, including four that are endemic to the area: Lomami River red colobus (Procolobus badius
parmentieri), Lomami River blue monkey (Cercopithecus mitis heymansi), and Kasuku River Wolf’s monkey (Cercopithecus wolfi elegans), and, of course, the lesula. But what first brought the Harts there was the bonobos, great apes that are closely related to chimpanzees but have unique social structures.

The discovery of a new primate species is rare nowadays, and when discoveries are made they are usually in the Amazon or Southeast Asia. In fact, the lesula is only the second newly discovered monkey in Africa in the past 28 years; the other was the kipunji (Rungwecebus kipunji) in Tanzania. Described in 2005, the kipunji is currently listed as Critically Endangered. 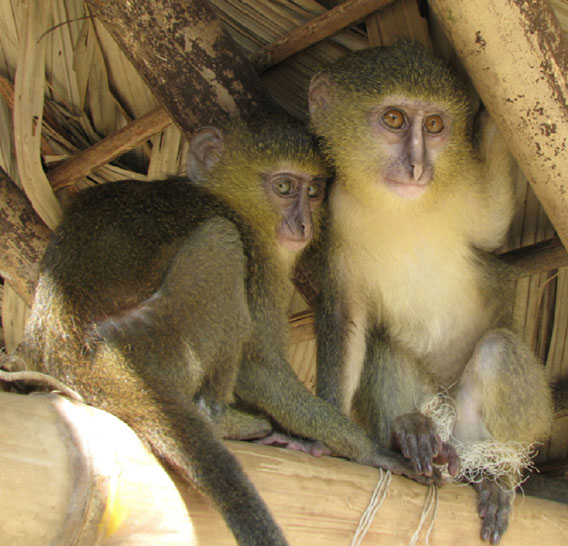 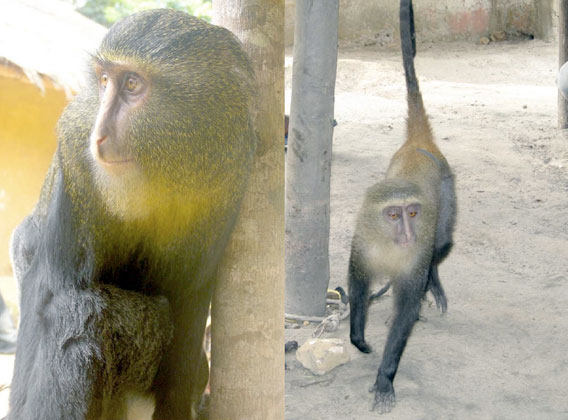 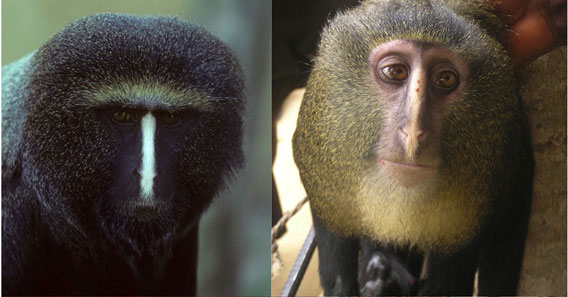 Some endangered wildlife of TL2

(08/16/2012) Gaming giant Nintendo is the worst company for ensuring that materials used in its electronics are not linked to bloodshed in war-torn regions like the Democratic Republic of the Congo (DRC), according to an assessment released today by the Enough Project, an initiative that aims to boost transparency around minerals sourcing.