Forest expands 3% in Colombia during 2000s, but loss grows in llanos region 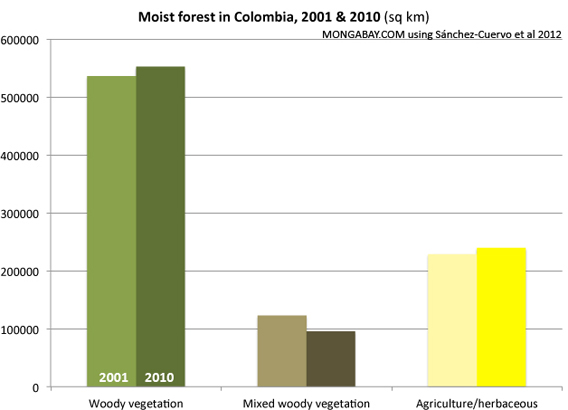 Colombia gained nearly 17,000 square kilometers of forest between 2001 and 2010 as forests recovered in mountainous regions in the Andes, reports a new study published in the journal PLoS One.

The research, based on analysis of satellite imagery, assessed vegetation change across all Colombia’s six biomes and 13 ecoregions. Unusually, the study was able to account for forest recovery. Most research has typically only account for net forest loss.

Grasslands experienced a sharp loss of 8.1 percent or 1,637 sq km of forest cover. That loss occurred entirely within the llanos ecoregion located in the eastern part of Colombia. Industrial agriculture expansion and oil and gas development is occurring rapidly in the region. 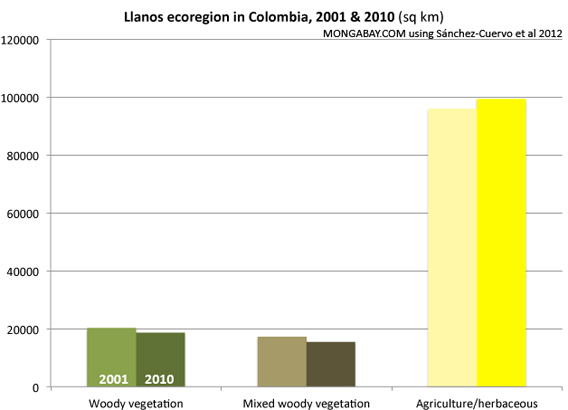 Vegetation change in the Llanos ecoregion

The authors attribute the forest recovery to increased urbanization, which contributed to abandonment of marginal rural lands and was partly driven by conflict.

“We estimated that 70% of the forest recovery occurred in the Andes,” lead-author Ana María Sánchez-Cuervo of the University of Puerto Rico-Rio Piedras said in a statement. “This change appears to be related to a decrease in population in the rural areas of the Andes and the abandonment of marginal agricultural lands.”

“The abandonment of rural areas started 20 years ago, when the government adopted a new economic liberalization model that stimulated opportunities in the cities, but armed conflicts among the military, guerrillas, drug traffickers, and paramilitaries has probably been the major factor, forcing more than three million people out of rural areas,” added co-author Andres Etter of Bogotá’s Javeriana University.

The Colombian government’s coca eradication program may have also factored into forest recovery in some areas. Deprived of their traditional source of income by aerial spraying and manual removal, some rural communities may have abandoned forest clearing for coca, which is used to produce cocaine. 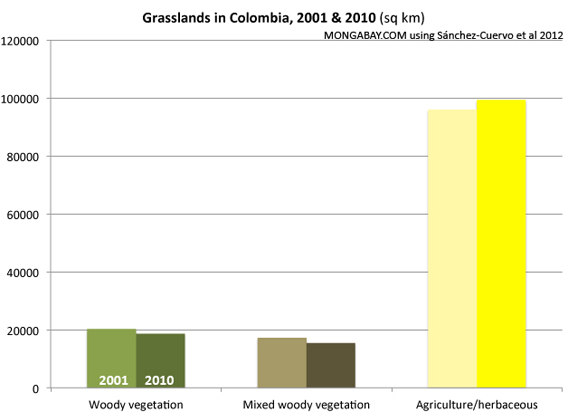 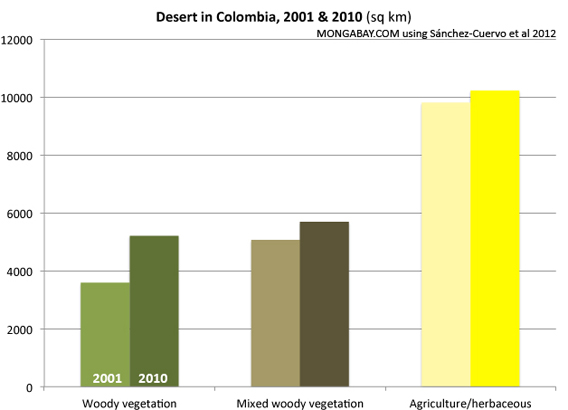 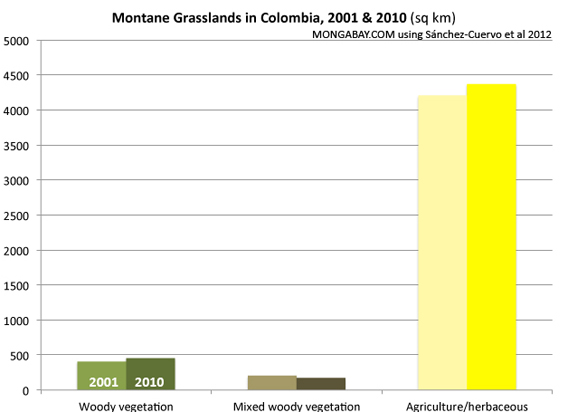 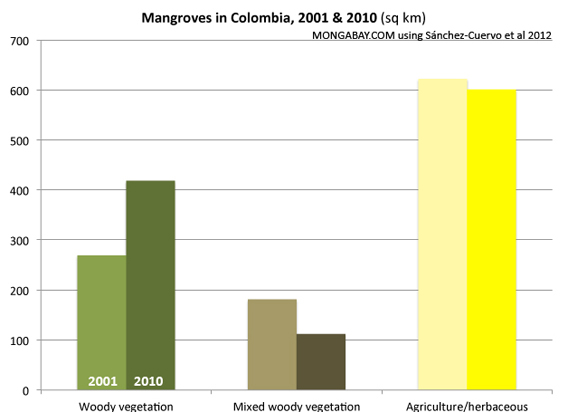