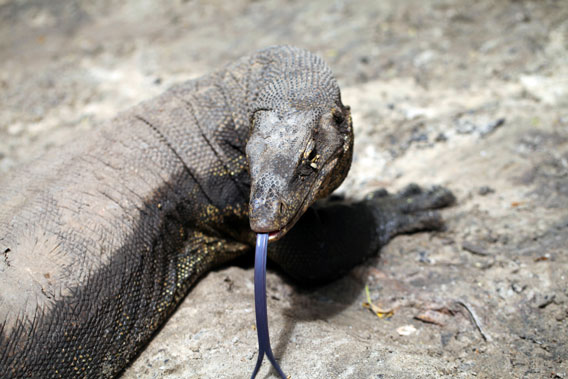 Giant lizards in Malaysia are real but customary beliefs in “cryptids” — creatures whose existence hasn’t been proven — has motivated conservation in some parts of the world.

Cultural practices including beliefs in mythical beasts and animals that dance have helped maintain forests in the West African country of the Gambia and Malaysian Borneo, said a researcher from Oxford University speaking at the annual meeting of the Association for Tropical Biology and Conservation in Bonito, Brazil.

Ashley Massey looked at the relationship between forest cover and the perceived existence of a dinosaur-like creature known as the “Ninki-nanka” in the Gambia and dancing animals known as “Kopizo” in the Malaysian state of Sabah. In both cases, locals believed that encountering mythological animals in the forest would result in death, leading them to avoid areas where they are believed to reside.

In the Gambia, Massey found that mangrove areas and woodlands believed to be inhabited by the Ninki-nanka had higher levels of forest cover than official protected areas. In the villages surveyed, nearly everyone expressed fear and concern about the Ninki-nanka. 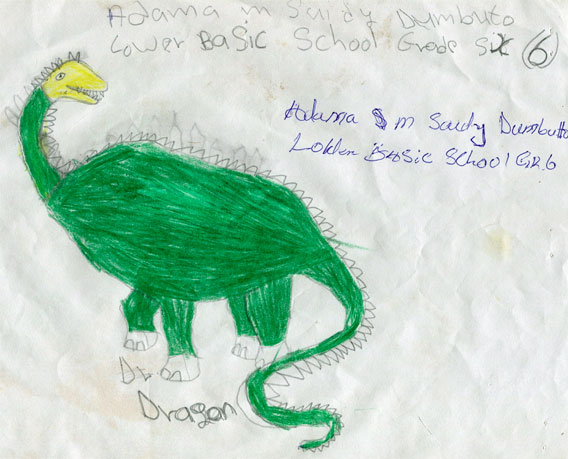 In Sabah’s Kudat area, Massey investigated the influence of the historical belief in Kopizo among the Rungus people on upland forest cover on Gumantong, a local mountain. Areas thought inhabited by Kopizo — corresponding to their watershed — were avoided by slash-and-burn farmers until the British colonial government brought in Iban people, outsiders who didn’t share the belief system and hunted local wildlife, and Christian missionaries, who discouraged belief in forest spirits. Believing the supernatural animals were wiped out by hunting and seeing their traditional belief system undermined by new religion, local communities began clearing the once off-limit forests. The water table eventually dropped, renewing interest in protecting Gumantong’s forests.

Massey used the two examples to underline the importance of recognizing the role of customary practices in conservation. She noted that unlike traditional top-down conservation approaches, customary conservation is low cost and locally developed. 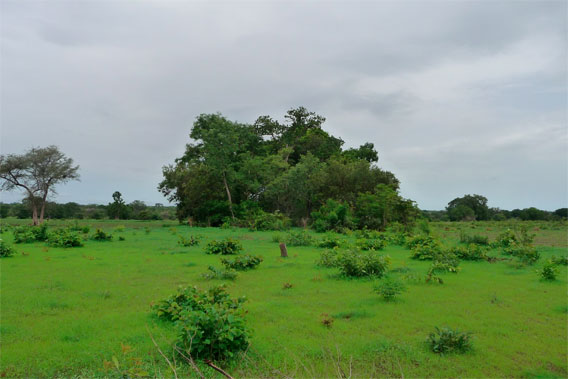 A fragment of “dragon forest” perserved in The Gambia

“This was [the Kamayura’s] way of saying that it was a protected area where hunting was not allowed.”

CITATION: Massey, A, S Bhagwat and P Porodong. (2011) Beware the animals that dance: conservation as an unintended outcome of cultural practices. SBHA 76(2):1-10

(02/02/2012) How do indigenous communities hunt without pushing target species to local extinction? In other words, how have communities retained sustainable practices over countless generations. One answer is given in a new study by the Center for International Forestry Research (CIFOR) and the Center for International Research in Agronomy and Development (CIRAD): supernatural beliefs. Looking at a community of indigenous people on the Indonesian island of Seram, researchers found that supernatural hunting beliefs ensured animals never vanished for good.

(11/15/2006) Deep in the most remote jungles of South America, Amazon Indians are using Google Earth, Global Positioning System (GPS) mapping, and other technologies to protect their fast-dwindling home. Tribes in Suriname, Brazil, and Colombia are combining their traditional knowledge of the rainforest with Western technology to conserve forests and maintain ties to their history and cultural traditions, which include profound knowledge of the forest ecosystem and medicinal plants. Helping them is the Amazon conservation Team (ACT), a nonprofit organization working with indigenous people to conserve biodiversity, health, and culture in South American rainforests.