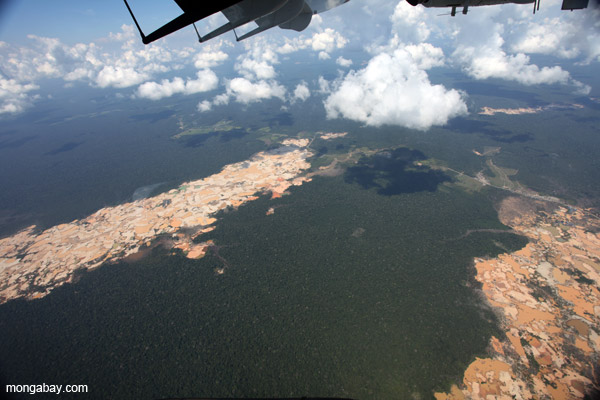 Peru’s Defense Ministry destroyed at least 75 illegal dredges and seized 15 vehicles from gold miners operating illegally in one of the most biodiverse parts of the Amazon rainforest.

The dredges were destroyed along the Inambari, Madre de Dios, Tambopata and Malinowski rivers, tributaries of the Amazon River in Peru’s Madre de Dios Department. Illegal gold mining in rampant in the region and has been associated with water pollution, bioaccumulation of toxic mercury in fish, social conflict, deforestation, and bushmeat hunting. Illegal mining has even expanded into protected areas.

The recent action was coordinated with the Public Ministry, the Ministry of Environment, and the Ministry of Interior. The operation, conducted under Emergency Decree 007-2011, involves 1,500 troops and is expected to last 30 days, according to the Defense Ministry. Authorities plan to take control over rivers where illegal mining is occurring.