Payments for ecosystem services and sustainable forest management may be key components in maintaining Central Africa’s rainforests as healthy and productive ecosystems, finds a comprehensive assessment of the region’s forests.

The review, entitled State of the Forest 2008, was released Thursday at an event hosted by the State Department and the U.S. Agency for International Development (USAID). More than 100 scientists, policy and technical experts contributed to the report, which includes an overview of the region’s forests and detailed profiles for each of the six Congo Basin Forest Partnership member countries: Gabon, Republic of the Congo, the Democratic Republic of Congo, Equatorial Guinea, Cameroon and the Central African Republic.

The report notes that while forest cover is “relatively well preserved” across the basin, high population growth rates and increasing international demand for commodities (including timber, food, and biofuels) pose a significant threat in the future. The report says most deforestation in the Congo Basin is presently the result of poverty — subsistence agriculture and fuelwood collection — rather than logging, which the authors argue “has not generally led to significant loss of forest cover.”

“Firewood harvesting far exceeds timber extraction in terms of volume of wood harvested,” it states. “However, it rarely impacts rainforest except close to large urban centers.”

The report goes on to say that sustainable forest management and payments for ecosystem services schemes — like the proposed reducing greenhouse gas emissions from deforestation and forest degradation (REDD) mechanism — could potentially boost development without undermining sustainability, although both require governance structures that are currently lacking in most Congo Basin countries. 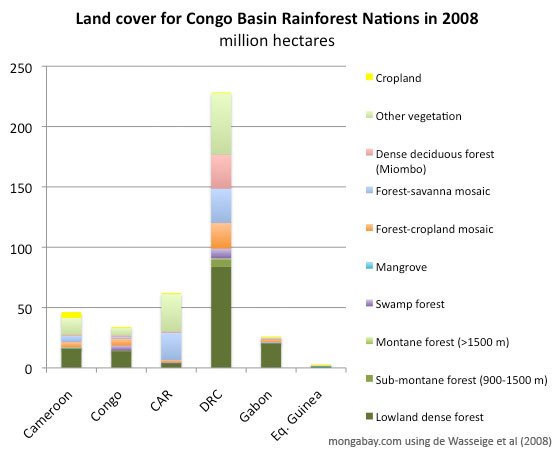 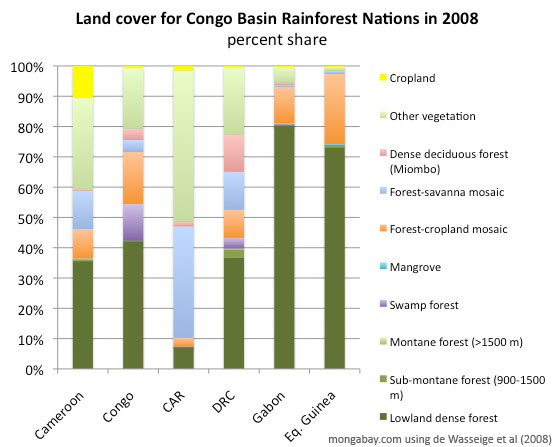 State of the Forest 2008 Table of Contents

PART 1 – State of The Forests in Central Africa : Regional and National Syntheses