MEDAN, Indonesia — A politician arrested on charges of bribery last month in Indonesia’s North Sumatra province was also found to be keeping several rare animals as as illegal pets, including a caged orangutan, making him the latest public official in the heavily forested Southeast Asian country to be caught with protected species in his home.

Terbit Rencana Perangin Angin, the elected leader of Langkat district, North Sumatra, was initially charged with taking bribes related to the procurement of goods and services, but when investigators from the nation’s anti-corruption agency raided his home, they found the animals.

Besides the Sumatran orangutan (Pongo abelii), there was a Sulawesi crested macaque (Macaca nigra), two Bali starlings (Leucopsar rothschildi) — all three species are classified as “critically endangered” by the IUCN — as well as a crested hawk-eagle (Nisaetus cirrhatus) and two common hill mynas (Gracula religiosa).

The orangutan was taken to a quarantine and rehabilitation center run by the nonprofit Sumatran Orangutan Conservation Programme in Sibolangit, North Sumatra, while the other animals were taken to the government-run Sibolangit Animal Rescue Center (PPS). 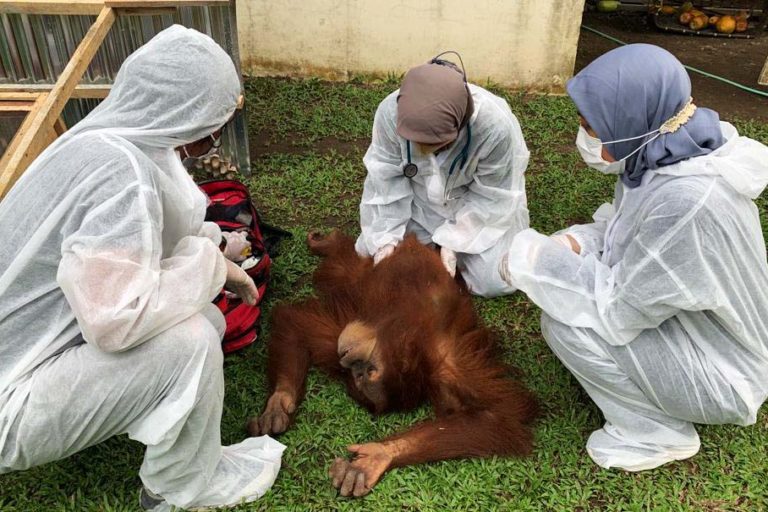 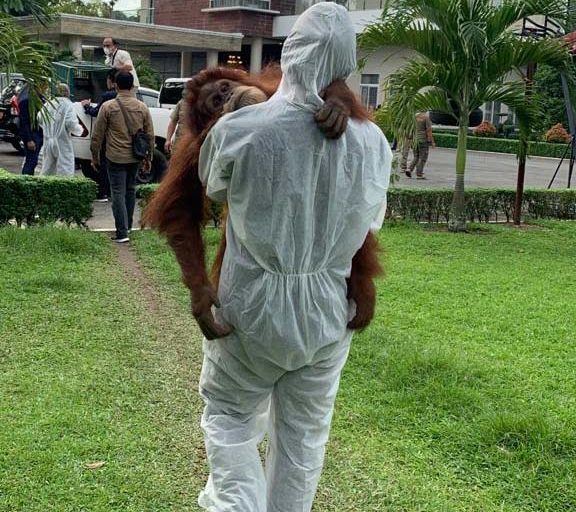 Terbit is one of a long line of public officials found to be keeping an illegal pet. In October, a district chief in Bali surrendered a baby gibbon to conservation authorities after a video he had posted to Instagram of him playing with the animal, an endangered species, went viral.

In Indonesia, keeping a protected species as a pet is punishable by up to five years in prison under the 1990 Conservation Act. But in practice, perpetrators — who, observers say, are often government officials or law enforcement officers — are rarely, if ever, prosecuted.

Read more: The military family that kept a pet orangutan in Indonesia

No public official has ever been prosecuted for keeping a protected animal, according to Ode Kalashnikov, wildlife unit protection manager for International Animal Rescue, another nonprofit in Indonesia.

“The presence of protected animals at the Langkat head’s house proves that there are still unscrupulous officials and community leaders to keep protected animals,” said Panut Hadisiswoyo, the head of the the Orangutan Information Center, a Medan-based nonprofit.

Also during the raid, authorities found dozens of people in iron-barred cells in Terbit’s home who were allegedly forced to work on his oil palm plantation, prompting calls for an investigation into whether they were subject to “modern slavery.” Terbit has said the men living in the cells were drug addicts undergoing voluntary rehabilitation.

This story was first reported by Mongabay’s Indonesia team and published here on our Indonesian site on Jan. 28, 2022.