Two threatened whale groups had a mini baby boom, but not because of lockdown

While the pandemic has increased stress levels for many people, the reduction in human activity has coincided with a rare spell of good news for whales.

“I think, overall, the pandemic has largely been a positive for whales,” Ari Friedlaender, a marine biologist at the University of California, Santa Cruz, told NBC’s Today Show in March 2021. He explained that decreased human activity and a corresponding decline in vessel traffic and ocean noise might have reduced whale stress and that this, in turn, could help their overall health and ability to reproduce.

Was that the case for two rare whale groups — the southern resident killer whales (Orcinus orca) and the North Atlantic right whales (Eubalaena glacialis) — which both had what might be called “mini baby booms” over the course of the pandemic?

Both whale groups have small populations. The southern resident killer whales, which live in the Pacific Northwest (they normally summer in the Salish Sea off Washington state and British Columbia, and winter around the U.S. West Coast), number 73 individuals. The IUCN lists the conservation status of killer whales as data deficient, but the southern resident population is the only orca group listed under the U.S. Endangered Species Act.

North Atlantic right whales, which migrate up and down the eastern seaboard of North America, number only about 356. This species is listed as critically endangered on the IUCN Red List.

For both, the past year was a good one reproductively.

The southern residents had three calves — two born in September 2020 and one in February 2021 —and three more were recently discovered to be pregnant. That’s the same total as the previous three years combined, from 2017 to 2019.

Similarly, this calving season for North Atlantic right whales saw 19 births (although two died). Compare this to the past four seasons, which saw only 22 births total.

But, according to most experts, these baby clusters likely had little to do with the pandemic. While the boost in births is good news, the future of these rare whales is by no means assured.

The idea that pandemic-related drops in human activity on the ocean could benefit these whales makes sense.

For instance, southern resident killer whales hunt cooperatively. But underwater noise from ships can drown out their signals and shrink the distance over which they can hear each other — like having to yell over the music at a concert. That would force them to expend more energy on foraging and leave less for other things, including successful reproduction.

Meanwhile, North Atlantic right whales commonly suffer from fishing gear entanglement and vessel strikes. Eighty-five percent have been entangled at least once. The resulting injuries can lead not only to infection and injury, but, as noted by NOAA Fisheries, “even if gear is shed or removed through disentanglement efforts, the time spent entangled can severely stress a whale, weaken it, prevent it from feeding, and sap the energy it needs to swim, feed, and reproduce.”

Yet pandemic-related changes on the water were relatively short-lived.

In Washington state, home to the southern residents, for example, “there was a month or two [in 2020], from March 23 to the beginning of June, when we went on lockdown and there was no boating,” says Deborah Giles, a whale researcher at the University of Washington and the science and research director for the nonprofit Wild Orca. “But that was a blink of an eye.”

After that, she notes, boat sales actually increased and there were “many new boaters on the water that were behaving poorly around the whales.”

On the U.S. East Coast, where North Atlantic right whales live, there didn’t appear to be a long-term significant reduction in ship traffic.

“It might have been a blip of a drop for a number of months,” says whale expert Amy Knowlton, a senior scientist at the Anderson Cabot Center for Ocean Life at the New England Aquarium, who was speaking from her personal observations.

In addition, both species have long gestation periods — around 12-13 months for right whales and 18 months for orcas — which means that the recent cluster of births stemmed mostly from pre-pandemic pregnancies.

Scientists also caution that it’s difficult to know for certain why these two groups had better years, or to extrapolate from this mini baby boom, as the underlying problems that threaten these whales persist.

“Even a few good years, doesn’t mean it’s good overall,” says Rosie Poirier, program coordinator for Straitwatch, a program that monitors the southern resident killer whales for the Cetus Research & Conservation Society based in British Columbia. “If you’re just looking at a successful year or season, and not looking at how we can ensure food for the long term, then we’re ignoring the real issues.”

Southern resident killer whales prey primarily on Chinook salmon (Oncorhynchus tshawytscha), which is imperiled from multiple threats such as warming waters due to climate change and dams that block salmon from their spawning grounds. Habitat degradation and overfishing also take a toll. In addition, the orcas also have to deal with pollutants that could impact their immune and reproductive systems.

“It’s really important that there are efforts made to improve salmon stocks and improve habitat,” Poirier says.

Andrew Trites, director of the Marine Mammal Research Unit at the University of British Columbia, agrees. “When you’re well fed, you’re going to reproduce, be more resilient to contaminants, and everything bodes well.”

But southern resident populations have not increased much over the last 40 to 50 years. During the 1960s and 1970s, shooting and live captures halved their population to just 71 individuals by 1976. While they rebounded to 98 in 1995 (when Canada banned live captures), by 2001 the population crashed again to just 80 whales. Today the total number is just 73, not much improved from its nadir in 1976.

Nearly 70% of southern resident killer whale pregnancies don’t come to term. And of those that do, up to 50% percent of calves die within the first year.

To make matters worse, there are about two males for every female in the group. Trites says this skewed sex ratio in such a small population is a problem for their future.

“There are about 20 [breeding females] right now, which is not nearly enough,” Giles adds.

North Atlantic right whales are also struggling. Birth intervals, for example, have stretched from a normal rate of one calf every three years to one every six to 10 years currently.

“Things have been so bad, everybody thinks this [good year for calves] is great that they’re popping champagne,” says Peter Corkeron, senior scientist and chair of the Kraus Marine Mammal Conservation Program at the New England Aquarium. But, he adds, it’s a shifting baselines problem, where the numbers have become so low that what previously would have been considered a relatively marginal improvement is now a reason for celebration.

A few more births, also, doesn’t tackle the underlying cause of population decline.

“The real issue is entanglements with fishing gear,” Knowlton says, adding that such entanglements have really ramped up in the past decade. Previously, she says, severe injuries leading to death were rare. “Now, it’s too common.”

Scientists note that current U.S. and Canadian policies aimed to help the whales by restoring habitats, improving fish stocks and regulating fishing have not been able to adequately address the whales’ changing needs.

One problem is that the whales have shifted where they go because of changes to their food sources. For instance, dams, habitat degradation, and overfishing have hurt the runs for the Chinook salmon preferred by the southern residents, along with warmer waters caused by global warming. Anthropogenic climate change has also affected the dynamics of the zooplankton eaten by North Atlantic right whales.

The southern residents used to spend much of their summer and fall foraging in and around the Salish Sea and Vancouver Island. But recently that’s changed; in fact, they were absent for a record of more than 100 days this year.

“As an apex predator, orcas are an indicator species for the health of an ecosystem,” Poirier says. She adds “their lack of presence in the Salish Sea indicates an imbalance in the food chain as salmon stocks continue to plummet.”

While policy efforts have focused on trying to increase the killer whales’ summertime food supply, Trites says they should be expanded to include the places the orcas go during the three other seasons.

“We need to look at salmon and habitat further south and encompass the entire territory of the whales,” he says.

Policies are also struggling to keep up for North Atlantic right whales. As warmer water from climate change has shifted the zooplankton they feed on, they’ve moved from their traditional feeding grounds in the Bay of Fundy and southern Nova Scotia. They now frequent the Gulf of St. Lawrence, southern New England, and Cape Cod Bay in much higher numbers than they used to.

That shift, combined with the strengthening of synthetic ropes used in fishing since the mid-1990s, has escalated the number of entanglements, with a higher level of serious injuries and mortalities. 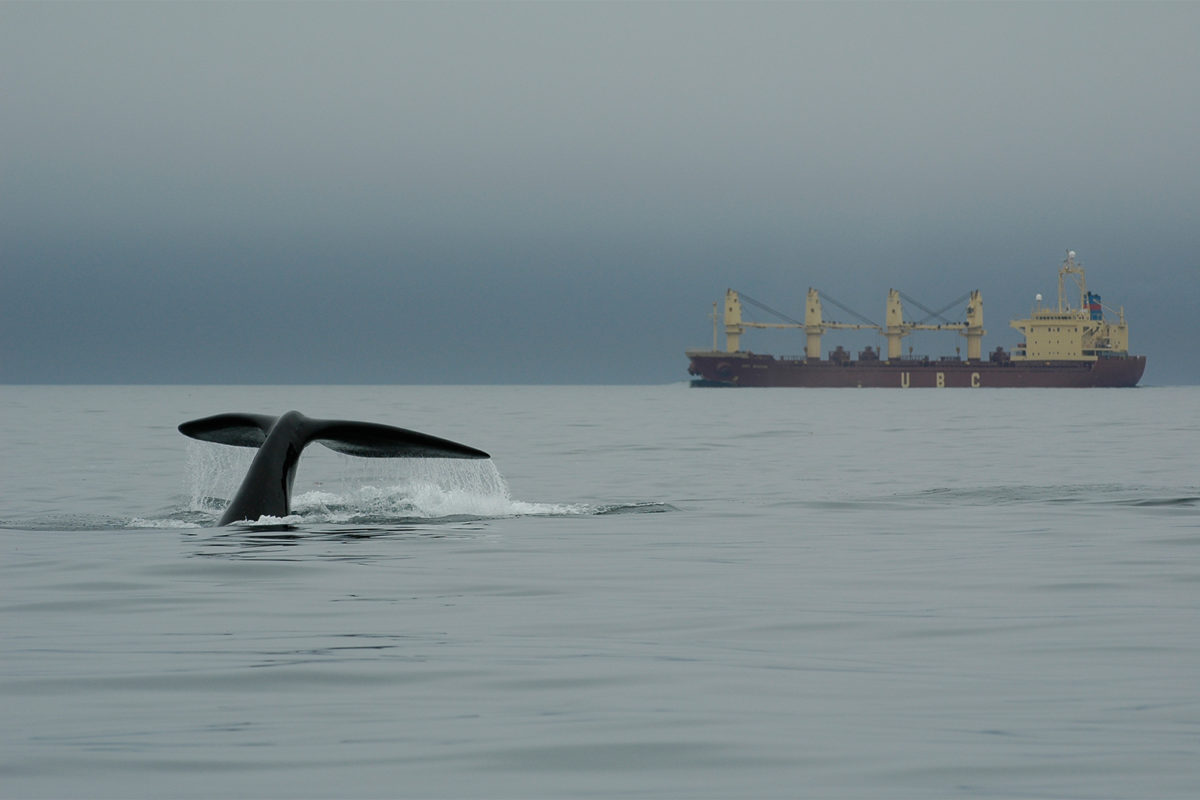 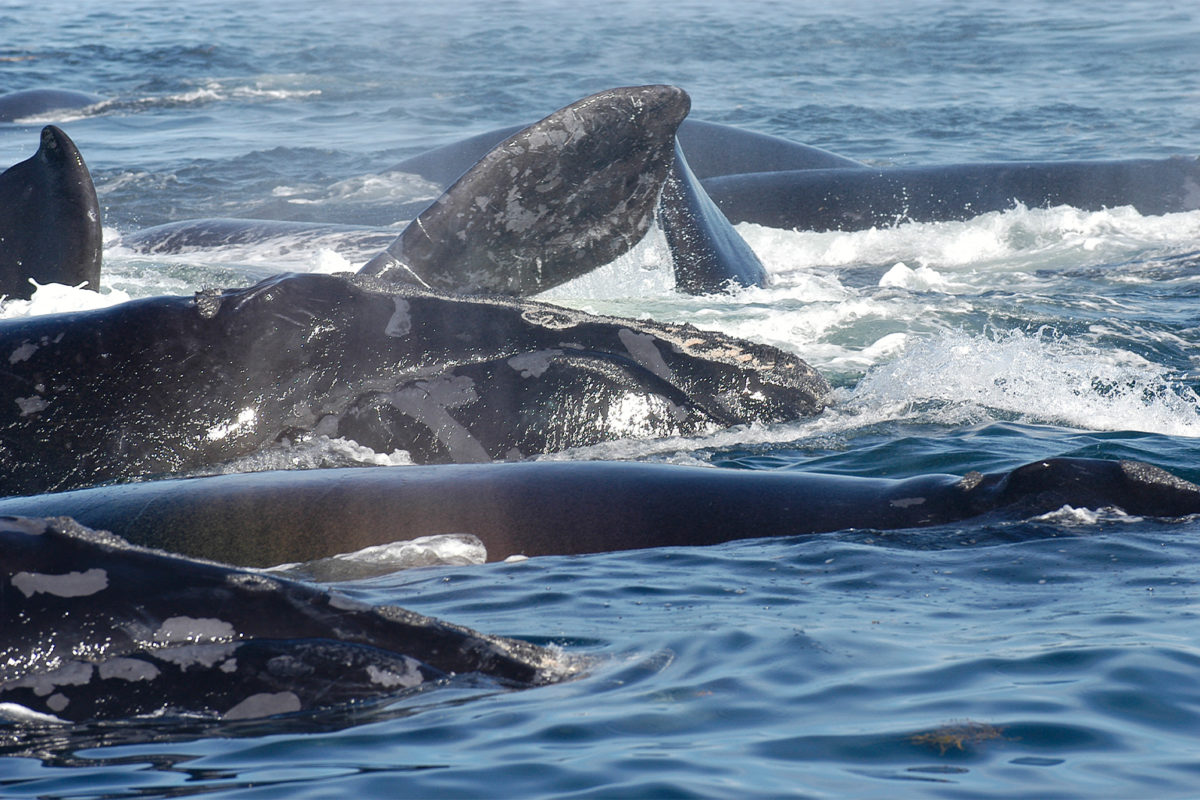 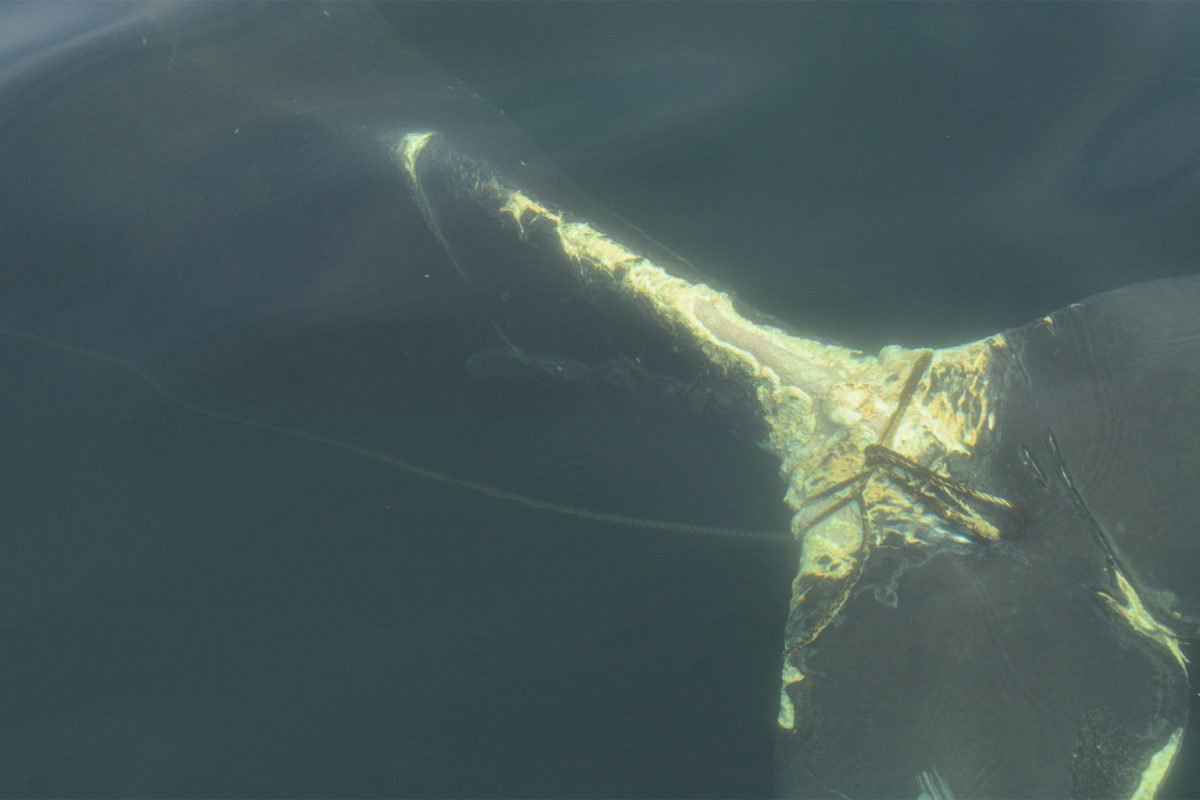 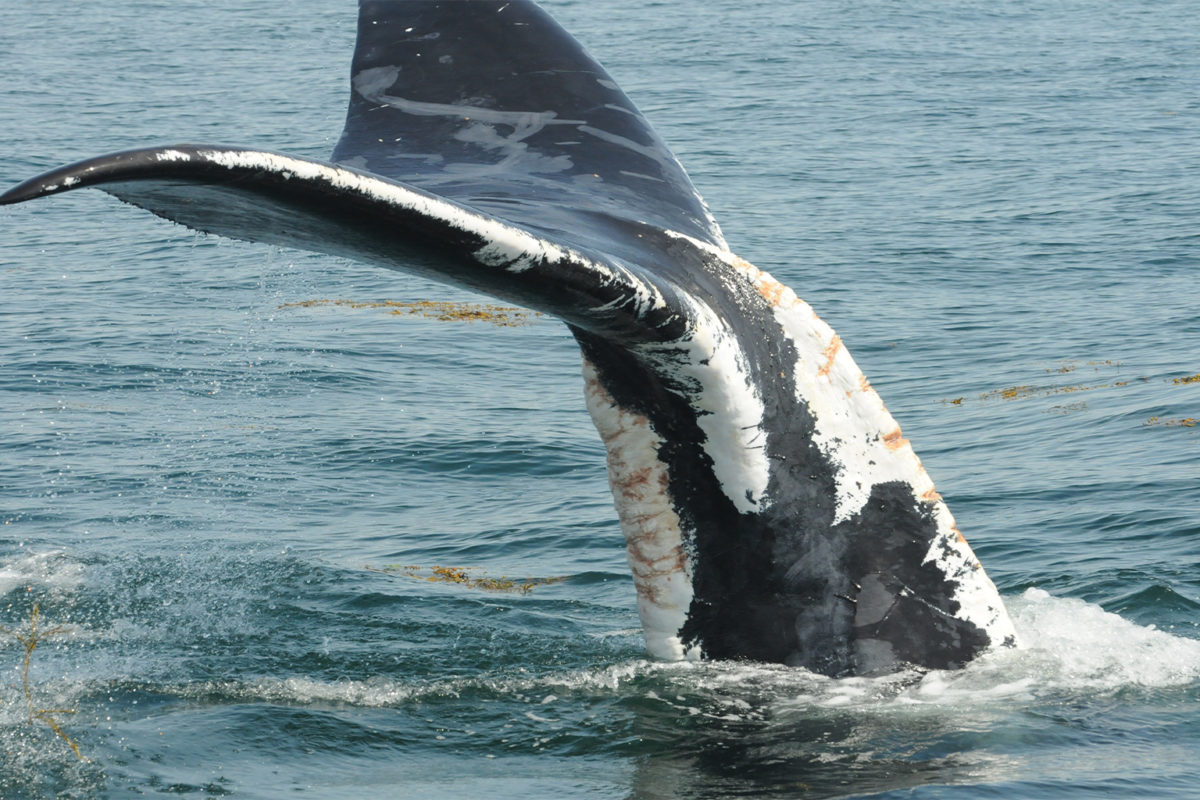 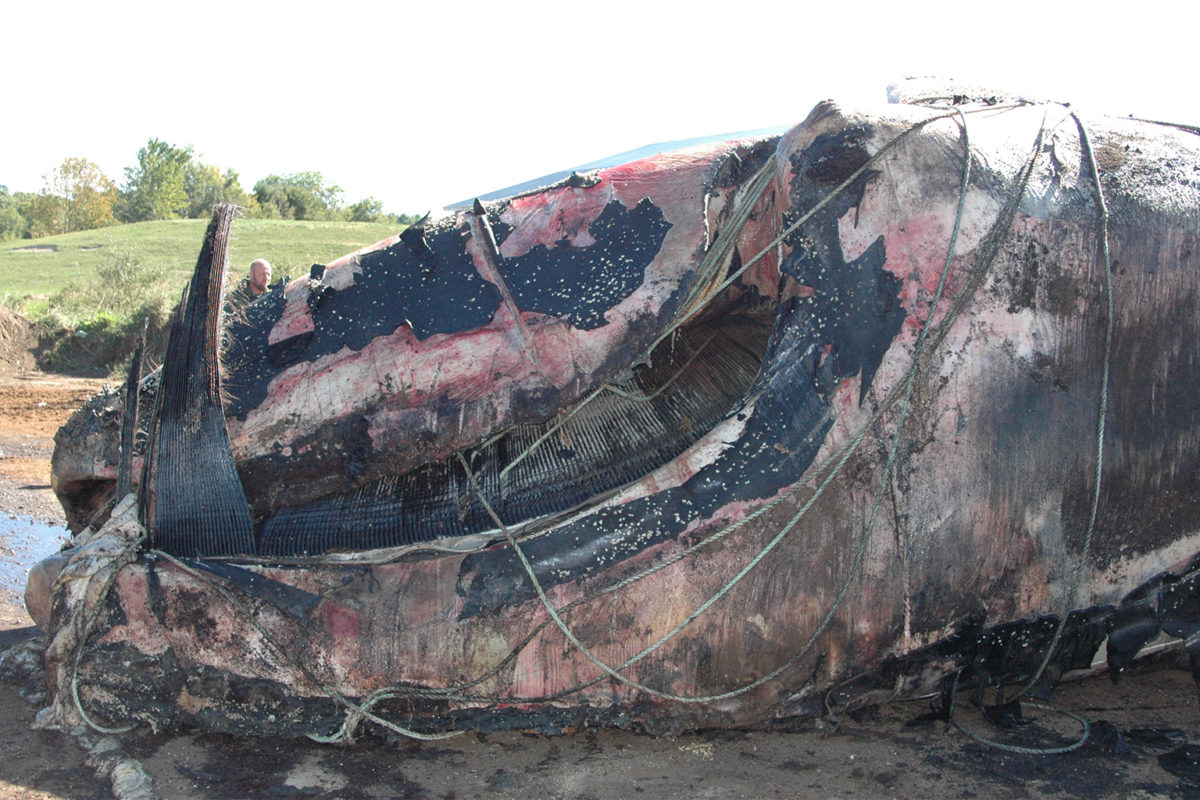 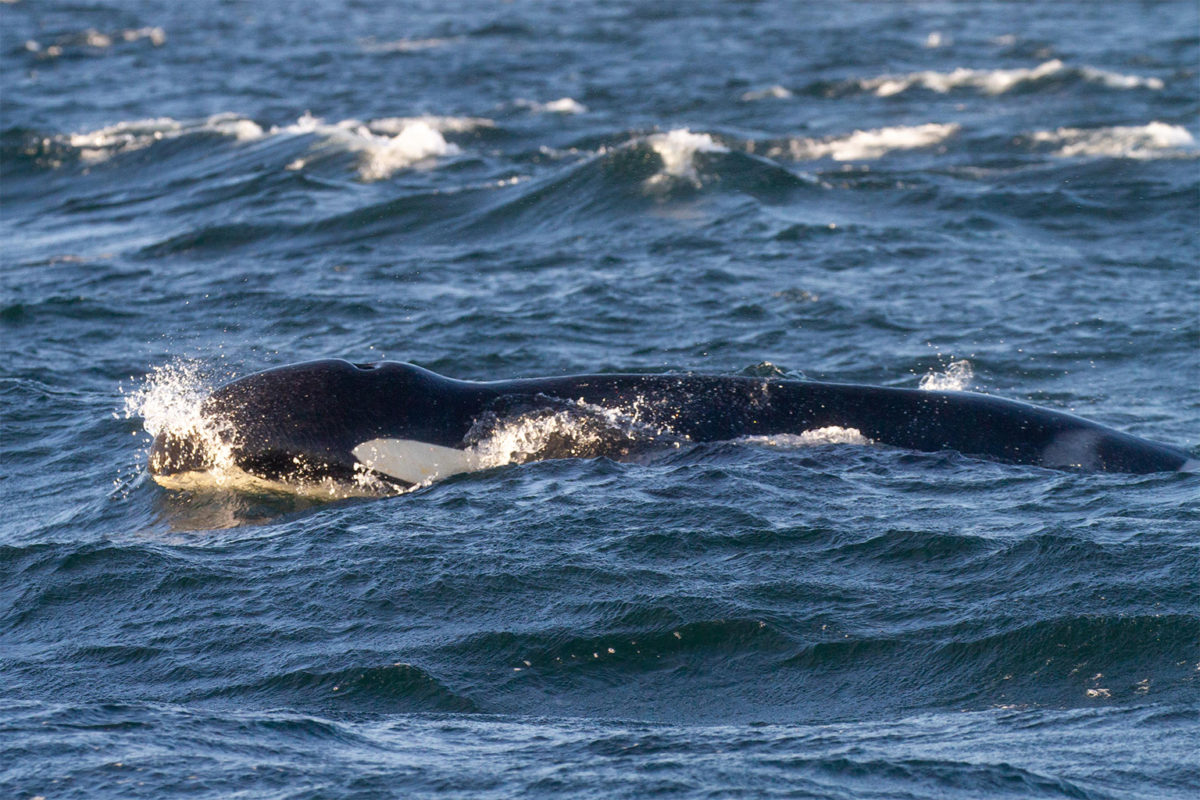 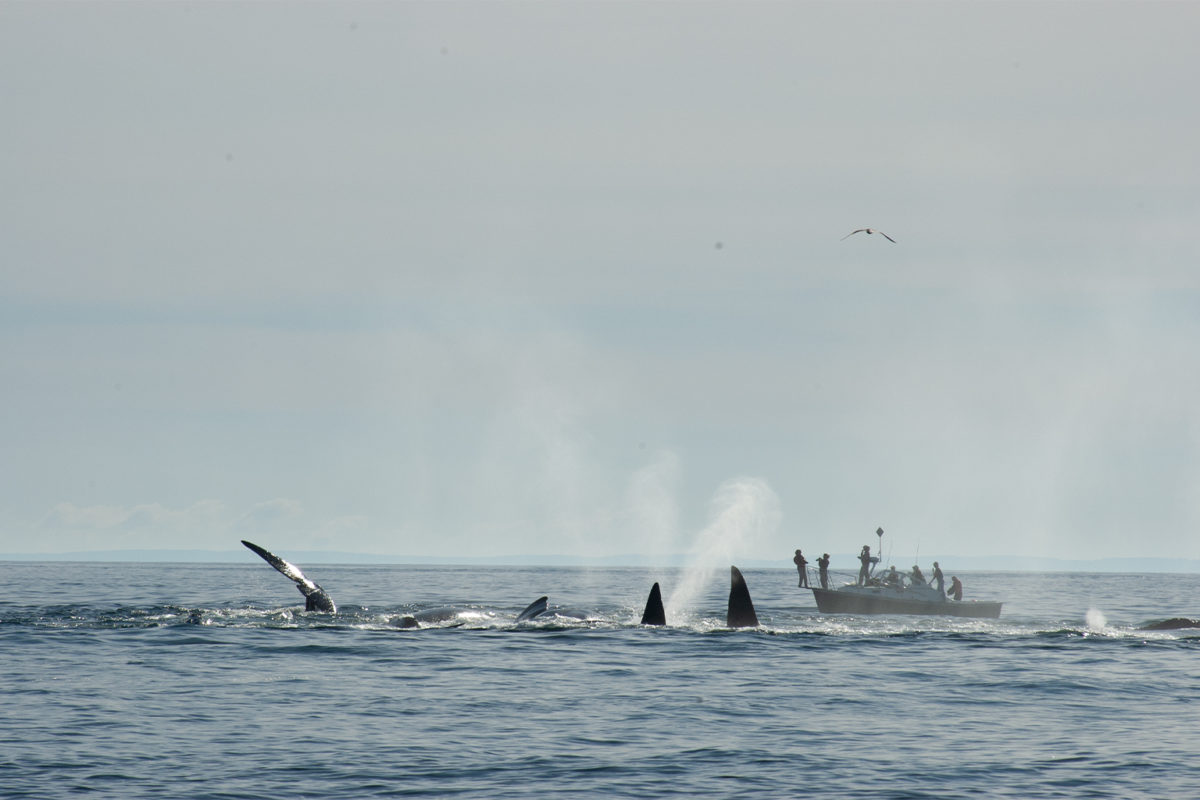 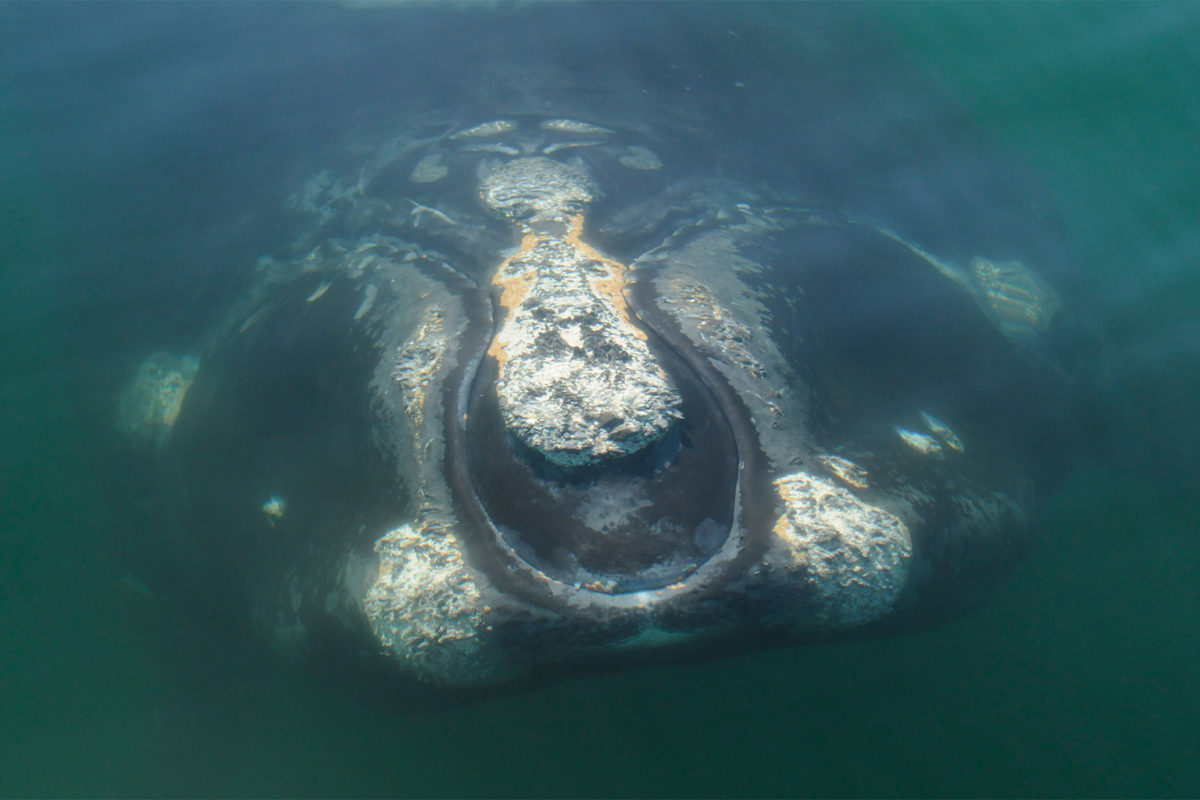 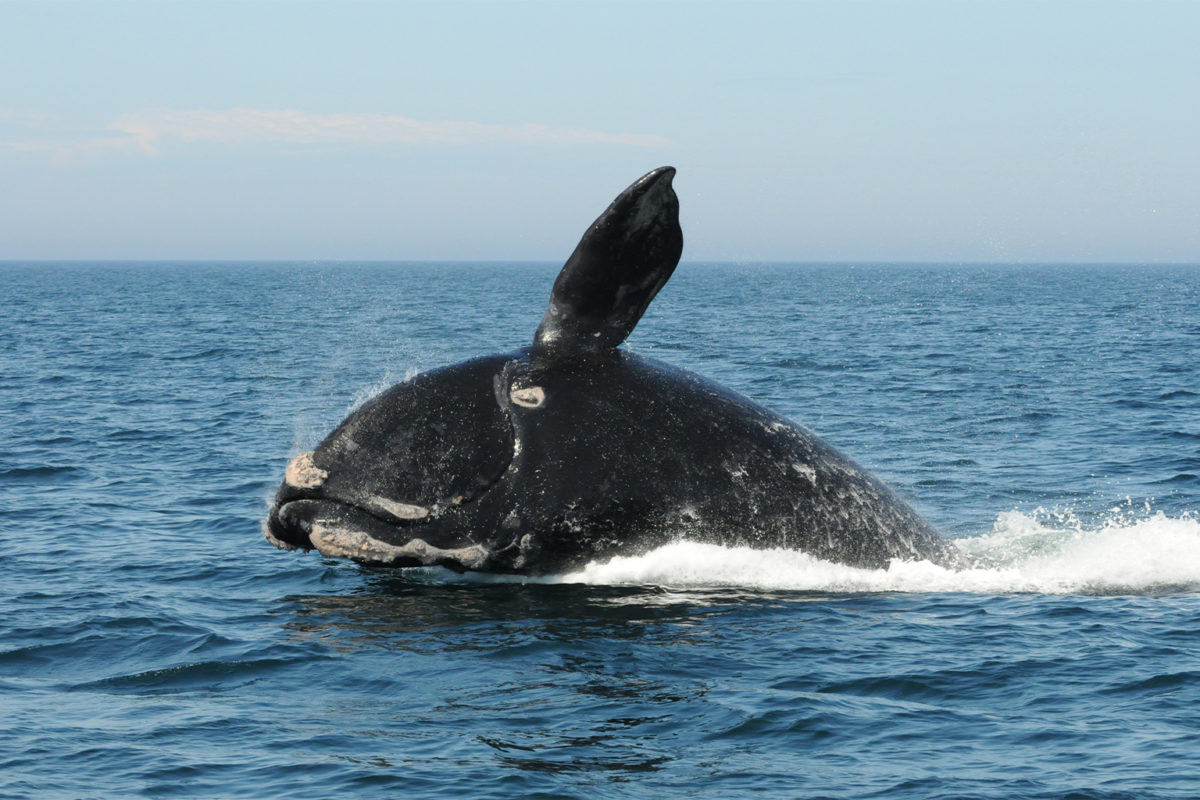 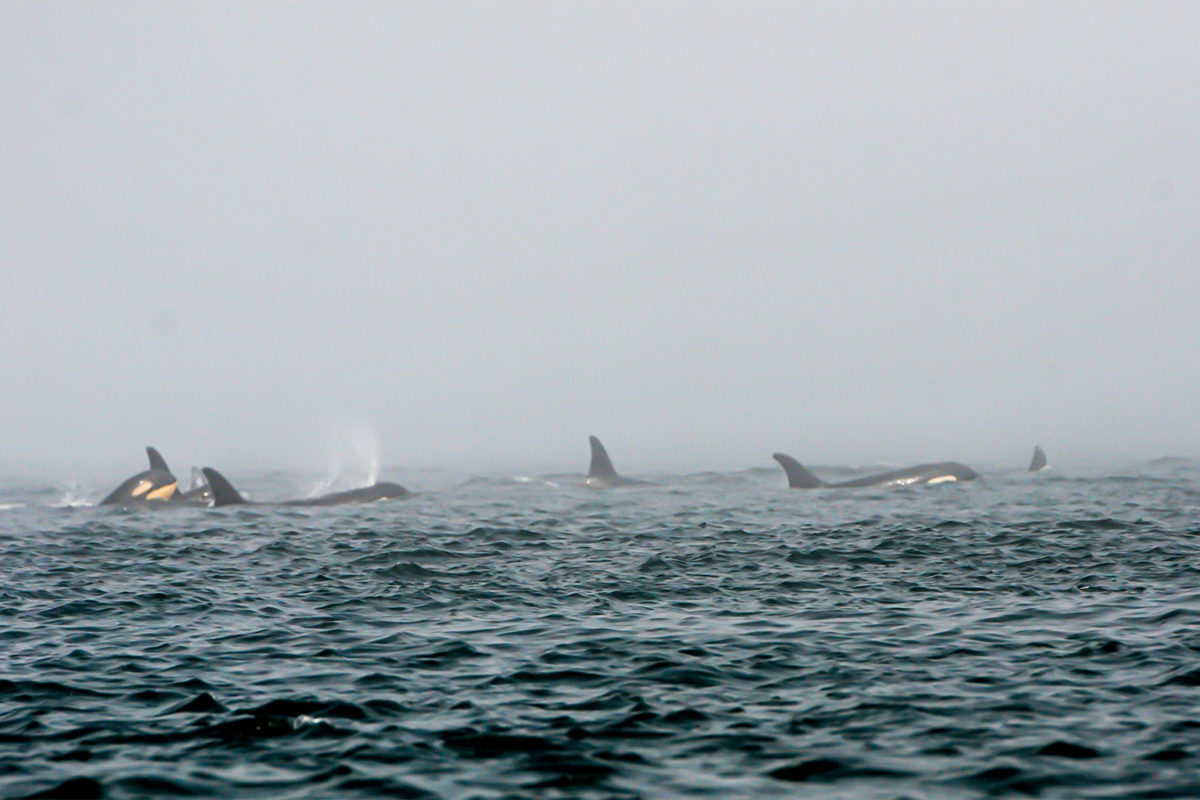 Erin Meyer-Gutbrod, an assistant professor at the University of South Carolina’s School of Earth, Ocean and Environment, and colleagues write in a September 2021 paper in Oceanography that management changes have not been able to keep up with the whales’ new routines.

“It’s critical that we start to anticipate these habitat-use changes, rather than wait for them to occur and then respond once the bodies pile up,” Meyer-Gutbrod says.

The paper recommends that more dynamic management plans — ones that can regulate shipping, fisheries closures and gear restrictions — need to be put in place so that policies are based on a changing ocean and when and where whales are present.

But Knowlton says this will not suffice and be too costly. She advocates, instead, that regulations should apply to the whales’ range whether they are present or not during that time.

“This is a policy level problem,” Corkeron says. “We know the science. We understand the problem. We understand what the solutions are. But as a society we have to decide this is important to do.”