Our 20 top conservation and environmental science stories in April 2020

Mongabay continued to see strong readership during April. Our Global English, India, and Latam bureaus all experienced unprecedented levels of traffic as our direct site-wide readership reached 16.9 million pageviews, a 33% increase over last month’s record. Widespread stay-at-home guidance may be a factor in the sharp rise in traffic the past two months.

While COVID-19 stories continued to do well in terms of readership, Indonesia-related stories — only two of which were tied to the effects of the pandemic — took six of the 11 spots. 46 of the 165 stories published on news.mongabay.com in April focused on the impacts of the coronavirus pandemic on conservation, the environment, or indigenous and local communities.

Below are the 20 news.mongabay.com stories that had the most pageviews during April 2020. 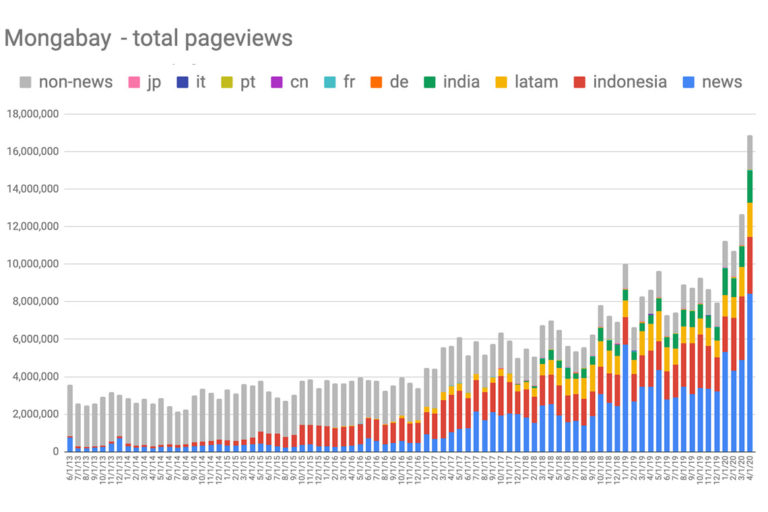 From vegetable plots in a Sri Lankan swamp, a forgotten eel emerges

Audio: The links between COVID-19, wildlife trade, and destruction of nature with John Vidal

Madagascar off pace to meet Aichi targets, which is bad news for the world