The Apostle Islands, dotting Lake Superior in northern Wisconsin, U.S., are home to at least 12 species of carnivores, a new study has found. These include the American marten (Martes americana), a species that was completely wiped out of Wisconsin in the 1920s due to widespread habitat loss and trapping of the animals.

The carnivore community on the Apostle archipelago has not been studied before, the study’s lead author Maximilian L. Allen, a carnivore ecologist at the Illinois Natural History Survey, told Mongabay. This is because the islands are remote, and the surrounding waters can be rough during summers and partially frozen during winters, Allen said.

So, between 2014 and 2017, Allen and his colleagues took on the first-ever study of carnivores on the Apostle Islands by deploying 160 camera traps across 19 Apostle islands. These islands are all part of the Apostle Islands National Lakeshore, a protected area that includes 21 islands and a 19-kilometer (12-mile) stretch of Wisconsin mainland. “We were interested in trying to document if carnivores inhabited the islands, which had not been studied before, and we were interested in determining how the island environment affected the carnivore community,” Allen said. 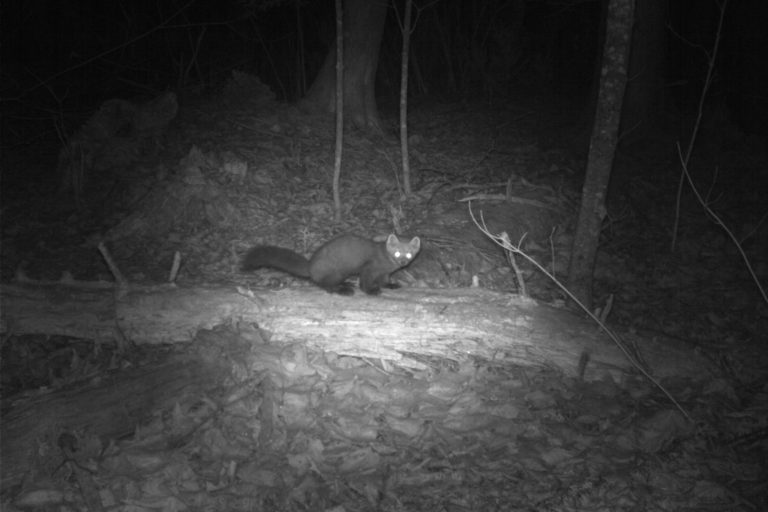 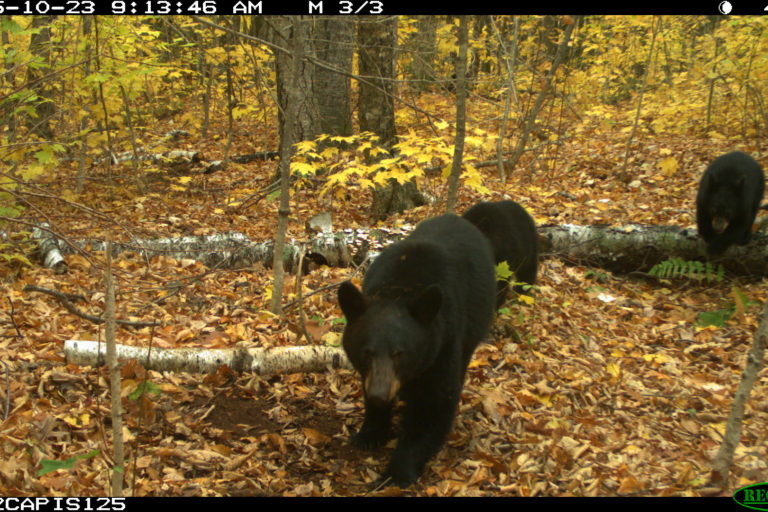 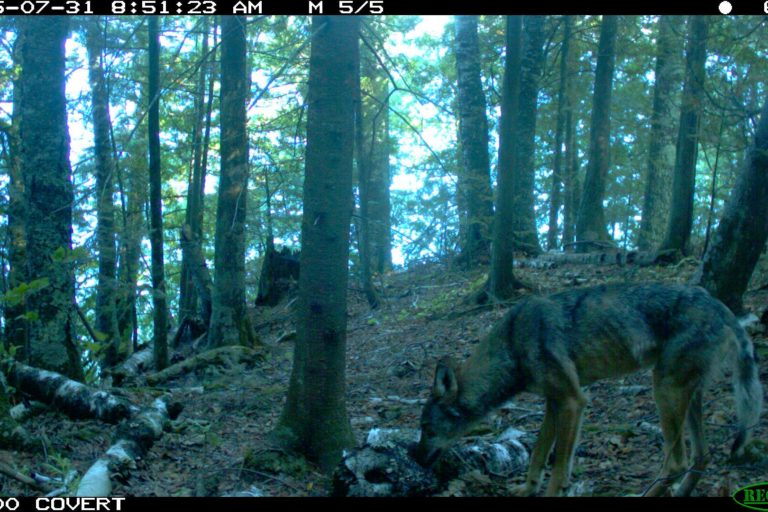 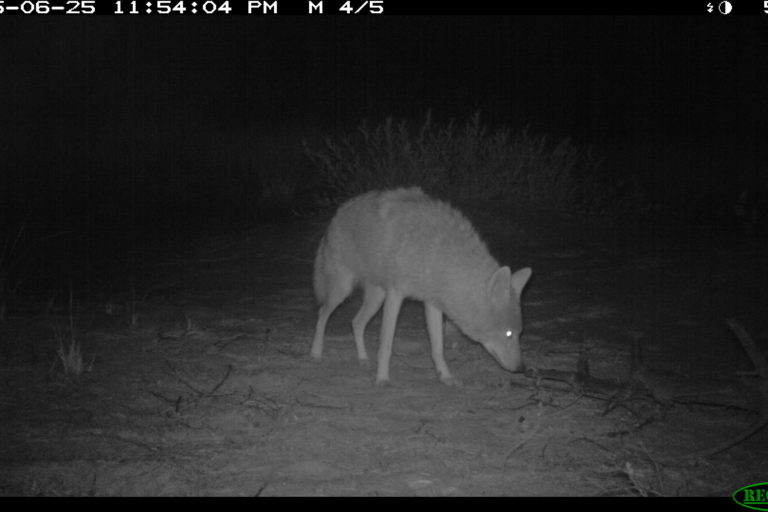 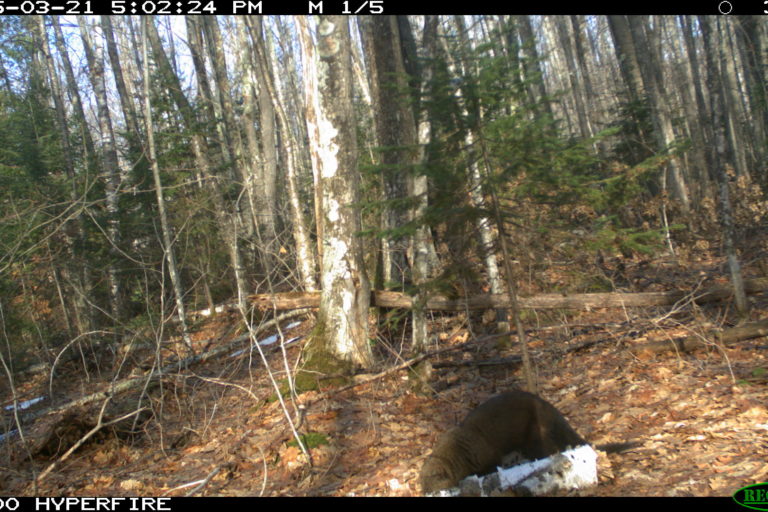 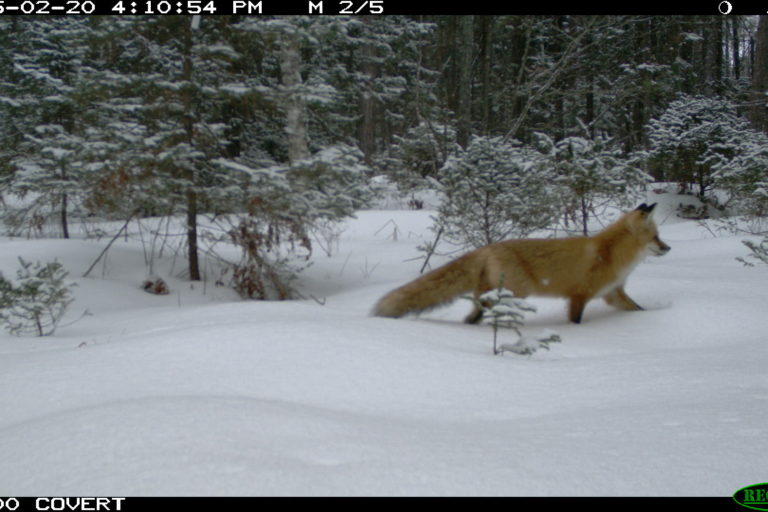 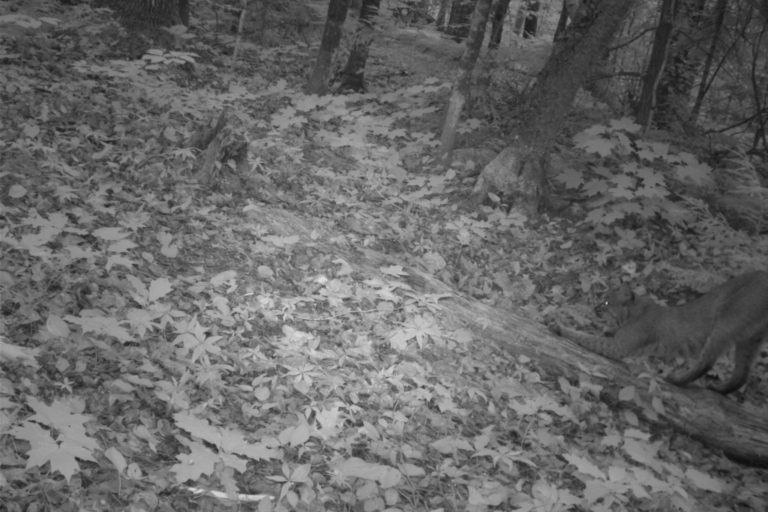 While the American marten is not threatened as a species in the U.S., the species was last spotted in Wisconsin in the 1920s, earning it an endangered listing in the state. Since then, there have been attempts to reintroduce the species to different parts of Wisconsin, including to the Apostle Islands in the 1950s. However, when no marten was spotted in the Apostle Islands after 1969, the reintroductions were thought to be a failure. Through their camera traps, however, Allen and colleagues photographed the American marten on seven of the 19 islands — the first documented evidence of the martens in 50 years (the team published part of these results in The American Midland Naturalist in 2018).

The study also found that islands that were larger or closer to the mainland, or both, held a greater number of carnivore species than islands that were small or more distant. These patterns are consistent with the concept of island biogeography, the researchers say. For example, camera traps on Stockton, the largest of the studied islands that’s about 8 kilometers (5 miles) from the mainland, detected all 10 land carnivore species. On the other hand, only one species, the long-tailed weasel, was confirmed on Devils Island, a smallish island located around 14 kilometers (9 miles) from the Wisconsin mainland.

“Island biogeography is a foundational concept in ecology, basically meaning that the larger an island (or patch) and the closer it is to the mainland or other islands, the more species will be found,” Allen said. “Most research on island biogeography has been conducted in tropical marine systems, that have innately high levels of biodiversity and few carnivores. This is one of the first studies of island biogeography in an inland temperate island system.”

The camera traps also revealed that some species were more widespread across the islands than others. Black bears, for instance, were photographed on 12 of the 19 islands. By contrast, gray wolves were detected only on Stockton. This could be due to differences in the species’ diets and behavior, the authors write in the paper. Black bears are generally solitary and have a more generalist diet, traits that might allow them to occur more easily on the islands. Gray wolves, on the other hand, are highly social animals and eat more specialized diets that typically include ungulates.

“We have detected gray wolves frequently on the part of the National Lakeshore that is on the mainland, but the islands are too small to support a pack of wolves,” Allen said. “Stockton is the largest island, and apparently was large enough to support a lone wolf, but probably the other islands are not big enough.”

The researchers think that the survival of the carnivores on the islands depends on their movement between islands and between the mainland and the islands. While some species like the black bear may swim between islands, others like the gray wolf, coyote and fox could be traveling through ice bridges when the water freezes during winter. These movements could be threatened by climate change, the researchers warn, adding that there has been a documented decline in the duration of lake ice in the northern hemisphere.

“Currently, it is very difficult for us to access the islands in the winter because the ice varies in thickness and stability in each channel. Climate change will make this even more variable, and make it difficult for some species to move across islands,” Allen said. “This may affect the gene flow between islands, which may, in turn, affect population viability on some islands.”