Watch: A minke whale’s view of the Antarctic

You can now see the Antarctic from a minke whale’s point of view.

For the very first time, scientists in Antarctica have attached a “whale cam” to the back of a southern minke whale (Balaenoptera bonaerensis), a small baleen whale that prefers the chilly waters of the southern hemisphere. The whale cam consists of a video camera that temporarily adheres to the body of the whale with suction cups for up to 48 hours. It also has a motion sensor, and is the first tag of its kind to be put on a minke whale.

“We had a very curious juvenile minke whale and we managed to put a tag on it while it was still being curious,” Ari Friedlaender, a marine researcher at the University of California Santa Cruz and lead scientist on the project, said in a video statement.

“This animal just kept hanging around the boat, rolling over on its side, just as fascinated by us as we were by him,” said Chris Johnson, senior manager of WWF’s Antarctic Program, which supported the research. “He then really put on a show breaching repeatedly. It really looked like he was having fun.”

The minke whale is believed to be abundant, but remains very poorly understood. The video footage, however, is finally revealing some secrets and giving scientists a sneak peek into a day in the life of a minke. The Antarctic research team was especially surprised by how fast the minke whale moved, reaching speeds of up to 24 kilometers per hour (15 miles per hour) as it accelerated to feed.

At one point, the camera slid down the side of the animal and this side view ended up capturing remarkable footage of the whale feeding. Where the much larger blue or fin whales take up to a minute between huge gulps of waters, the minke whale was feeding once every 10 seconds.

“We could see individual feeding lunges and the expansion of the throat pleats as they filled with prey-laden water,” Friedlaender said. “What was remarkable was the frequency of the lunges and how quickly they could process water and feed again, repeating the task about every 10 seconds on a feeding dive. He was like a Pac-Man continuously feeding.”

The researchers also saw that the tagged minke spent a lot of time both in the open water and in sea ice. Understanding the kind of habitats the minke whale depends on is critical, the researchers say, because of how quickly the Antarctic region is changing due to climate change.

“The number of days when sea ice covers the Antarctic Peninsula have reduced by 80 over the last 50 years, so you have 80 less days of habitat for the animal,” Friedlaender said. “Our goal is to try and understand these whales, figure out what habitats they need to survive and then figure out what we can do to protect those areas and keep them pristine.” 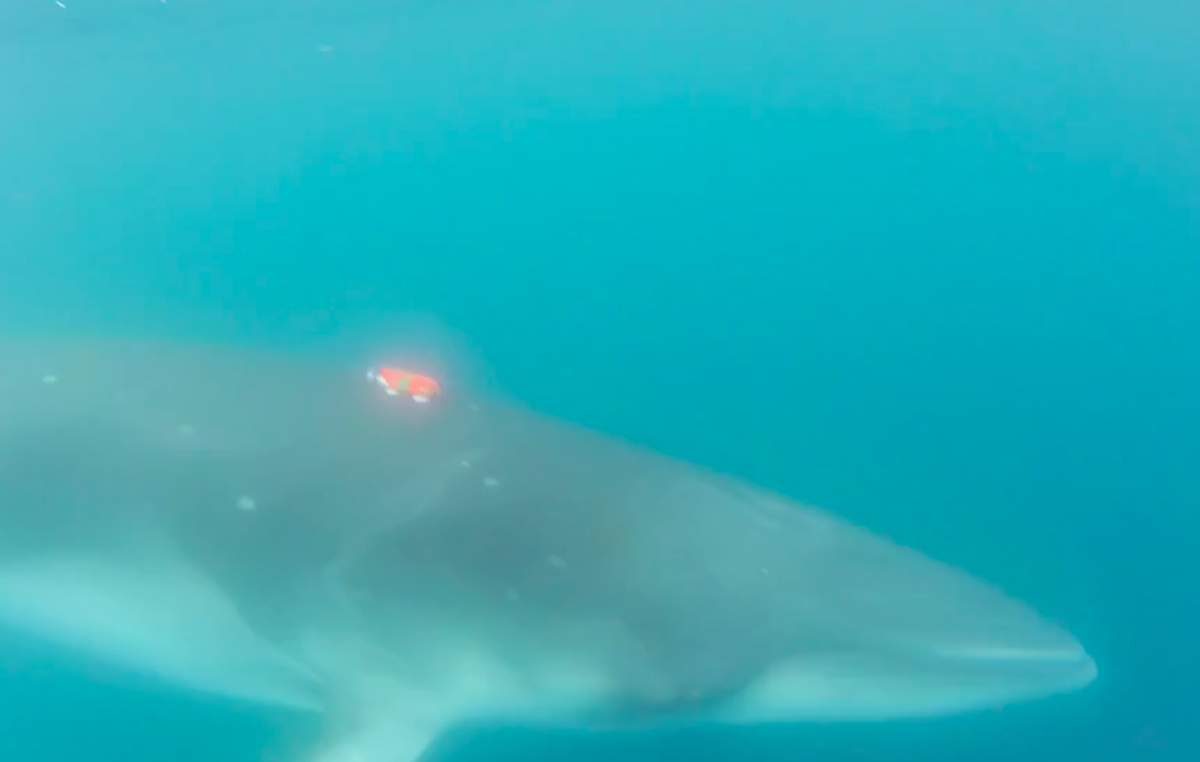