The modernization of fishing practices over the past 50 years has secured India’s position as the world’s seventh largest seafood producing nation, with 3.4 million metric tons of marine animals caught in 2014, according to the United Nations Food and Agriculture Organization. But some research indicates that this expansion has reached its limit and overall fish catches are likely to fall off in the future.

Part of the problem is that while India has instituted regulations to prohibit seasonal fishing in critical coastal spawning grounds and nurseries, these rules are not usually enforced, according to Mayuresh Gangal, a marine biologist with India’s Nature Conservation Foundation in Mysuru, Karnataka, India.

“The market is such that fishermen are compelled to break the regulations to meet demand,” Gangal told Mongabay.

To counter these forces, Gangal and two colleagues are banking not on the government or fishermen to change fishing practices but on Indian consumers, by modifying their eating habits. Earlier this year the volunteer team launched Know Your Fish, an awareness campaign to promote responsible fish consumption along India’s west coast. It includes a calendar with suggestions for months to avoid eating particular species based on their spawning and breeding cycles.

“Some fish breed in some seasons,” explained Gangal, “[there may be] an abundance of fish at that time, but if we don’t allow them to breed, there won’t be a new generation.”

He and his colleagues hope that changing Indians’ eating habits will lead to broad changes in demand and eventually to fishing practices that will be easier on India’s marine species and habitats. After all, while the Indian government reported exporting a record amount of shrimp and frozen fish last year, worth over $5 billion, much of the near-shore catch is still cooked up in local restaurant and household kitchens, Gangal said. 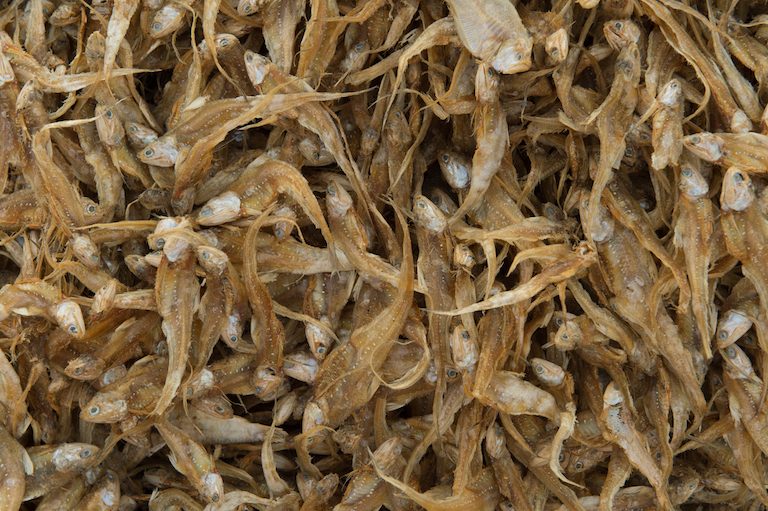 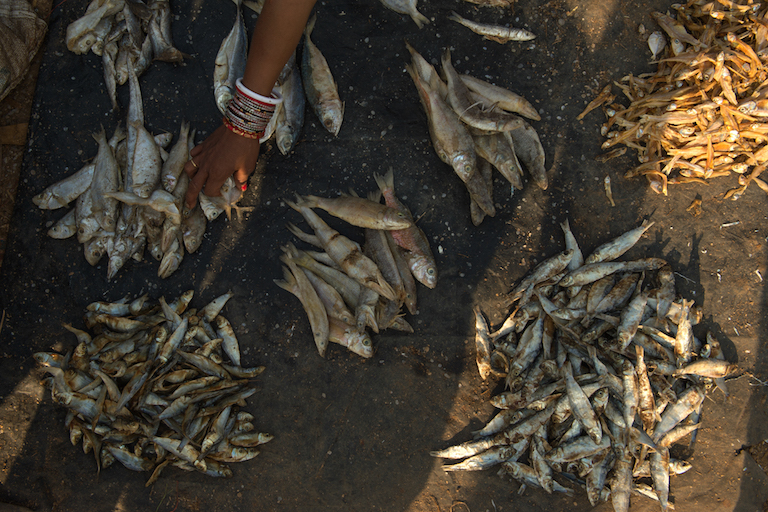 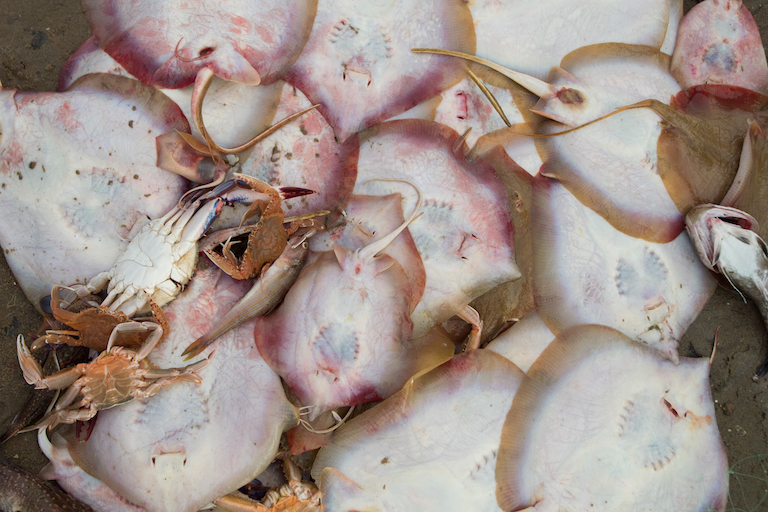 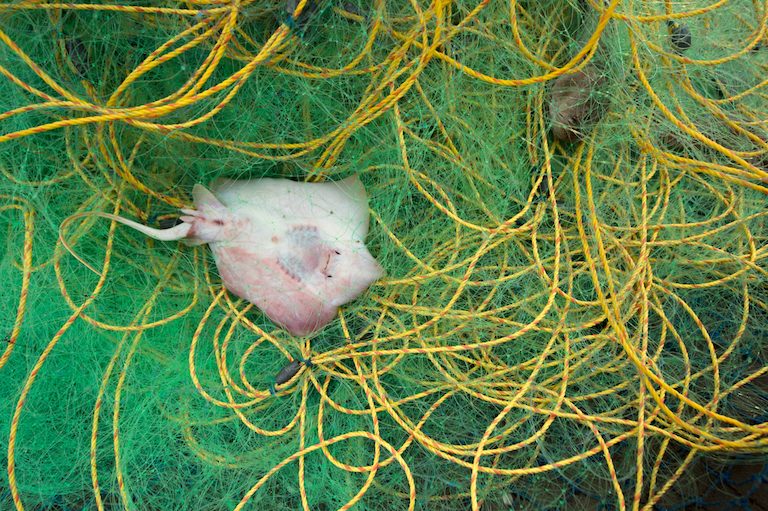 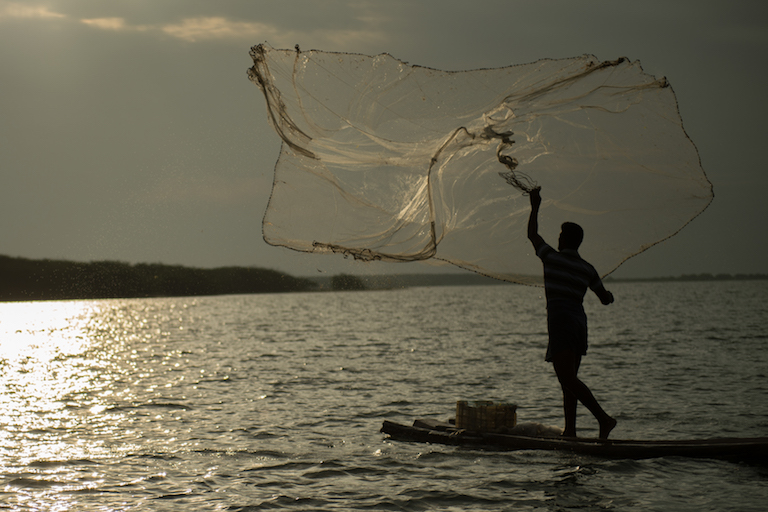 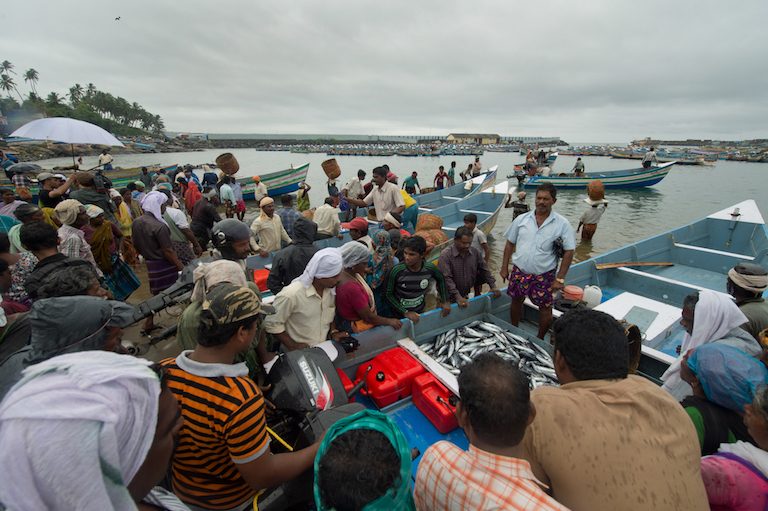 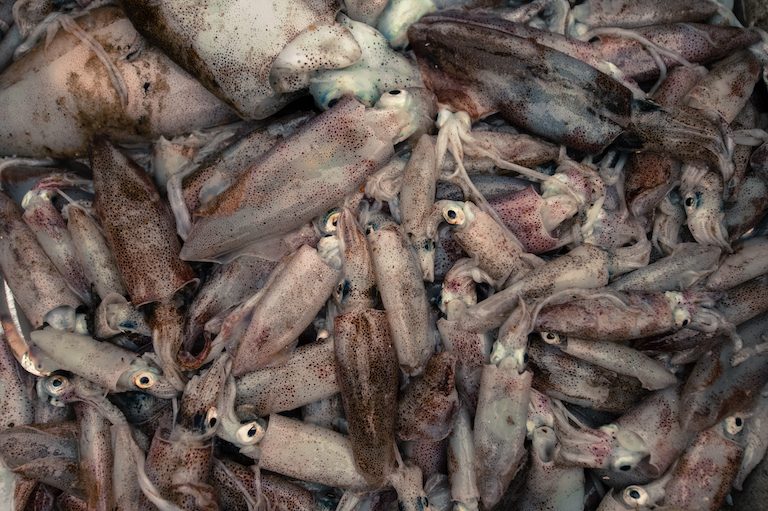 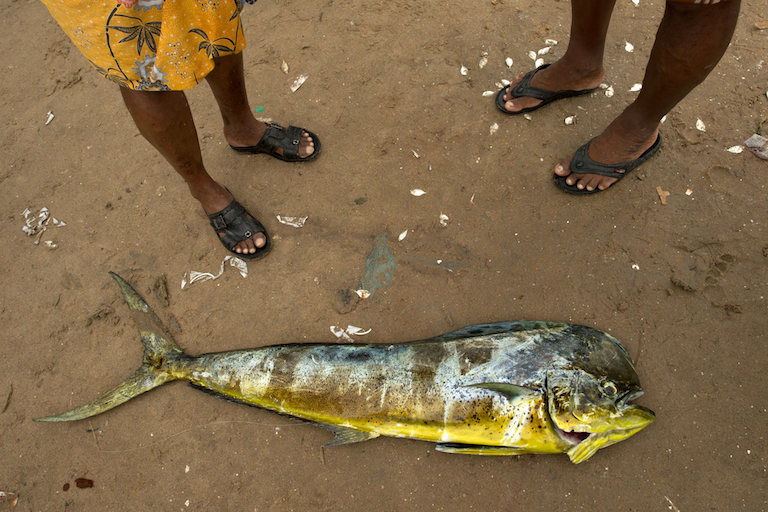 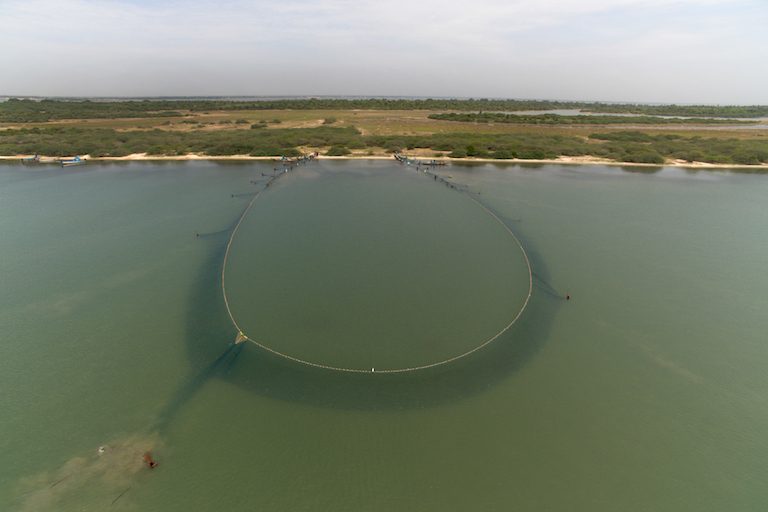 Scenes from the fish landing site in Kovalam, Kerala, India, in July 2014. Photos by Kalyan Varma.

The researchers checked the scientific literature to identify the life cycles of 25 commonly caught and eaten fish and prawn species. Some, like the tiger prawn (Penaeus monodon) are well known export species, but others, like the Bombay duck (Harpadon nehereus), a pungent fish often eaten in curries, are only consumed locally.

The group recruited friends and colleagues to help put together a website. They also assembled the calendar, highlighting nine popular species, and have been distributing it to schools, universities, and other social organizations. In addition, they’ve set up a free text messaging service to alert subscribers to monthly recommendations. They’ve also partnered with several restaurants that have agreed to alter their menus to serve only fish that are in season.

In the United States, the Monterey Bay Aquarium’s well-known Seafood Watch program takes a different approach, evaluating wild and farmed fisheries’ harvesting methods and environmental impact to determine the sustainability of eating the seafood they produce. That works in part because U.S. fisheries are highly regulated with strictly enforced commercial seasons based on species’ life cycles, Ryan Bigelow, Seafood Watch’s program engagement manager, told Mongabay. And most U.S. shoppers aren’t aware of the season in which a fish is caught because, as Bigelow said, “much of the product, even if it’s in the ‘fresh case’ has very often been frozen.”

In contrast, few Indians buy fish from supermarkets, preferring to buy whole fish from seafood markets. “They like to open the gills and check for freshness,” explained Gangal. Because the fish haven’t been filleted and packaged, Indians can clearly identify what type of fish they’re buying.

That direct purchasing could make the calendar approach very useful in counteracting fishing out of season, Bigelow said. Who delivers the message is also important, he added. Seafood Watch, which started in 1999, has found that information is best conveyed by individuals closest to the seafood purchase — waiters, waitresses, fishmongers, and chefs.

Several restaurants, like the Tavern at the Fort Tiracol Heritage Hotel at the northern tip of the state of Goa, contacted Know Your Fish directly about providing sustainable fish to their patrons. In addition to altering its menu, the Tavern initially displayed the calendars on dining room tables. But Tavern manager Michael Rodrigez told Mongabay that during the summer, when the calendars first went on display, most of the recommended fish were unavailable and that confused his customers. He plans to reintroduce the calendar this month to emphasize the fish that are now appropriate to catch and eat.

Know Your Fish is adapting its approach based on feedback from restaurants, Pooja Rathod, another conservationist co-founder of group, told Mongabay in an email. For the five-branch restaurant chain Malaka Spice, Rathod is helping the chefs create a menu with seasonally appropriate fish entrees and training the servers to explain why the calendar approach is important for overall fish availability. The team expects to partner with 50 to 60 restaurants in the coming year.

The team is also working to make Know Your Fish more accessible. “Getting the message out in local languages is crucial,” said Gangal. It’s also challenge. Each of the four Indian west coast states has its own local language. Currently the website is in English with fish names also written in Marathi, the language spoken in the western Indian state of Maharashtra. The group is in the process of adding two more local languages, and others will follow when they have funding.

Gangal said the group will start another round of scientific evaluations next April, reviewing the previous recommendations and looking in the literature for relevant new research.

FAO. (2016). The State of World Fisheries and Aquaculture 2016. Contributing to food security and nutrition for all. Rome. 220 pp.