The research, published over the weekend by the Monitoring of the Andean Amazon Project (MAAP), shows that small-scale miners have penetrated the Amarakaeri Communal Reserve, a protected area co-managed by Peru’s parks authority (SERNANP) and the Harakmbut, Yine and Machiguenga indigenous peoples. While only 11 hectares (26 acres) of the reserve have been stripped of trees, large-scale clearing of the reserve’s buffer zone suggests there is reason for concern. 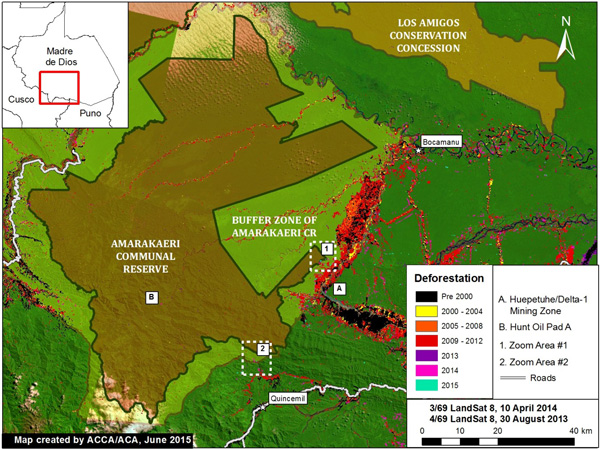 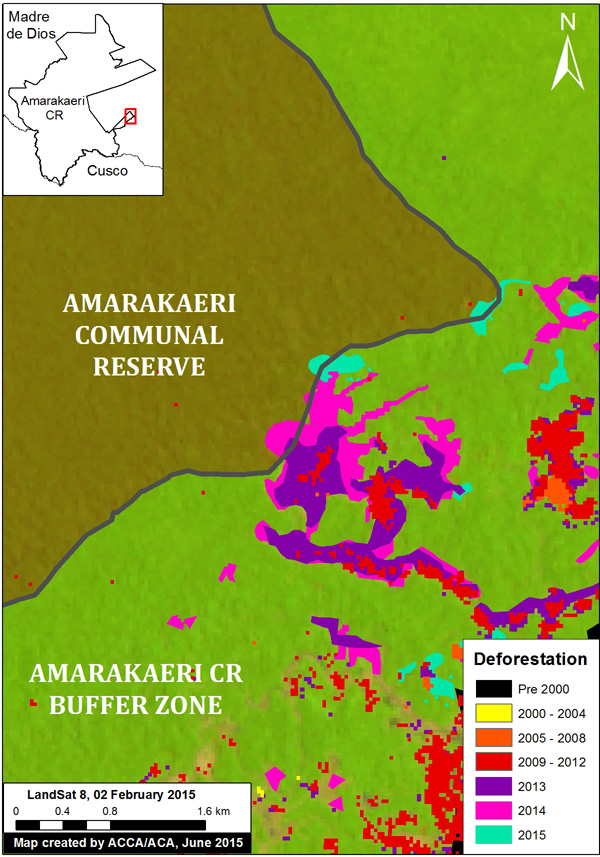 Gold mining in the region is extensive. Research published in 2013 by Greg Asner of the Carnegie Institution for Science and Stanford University found that the extent of mining in Peru’s Madre de Dios expanded from less than 10,000 hectares in 1999 to more than 50,000 ha as of September 2012. Rising gold prices combined with increased access to the region fueled the increase.

The impact of gold mining extends well beyond forest clearing. Other studies have documented an increase in mercury pollution in downstream areas, including elevated concentrations in fish sold in markets in major cities like Puerto Maldonado. Mining camps are also associated with increased hunting and a range of social ills, including violence, prostitution, and drug use. 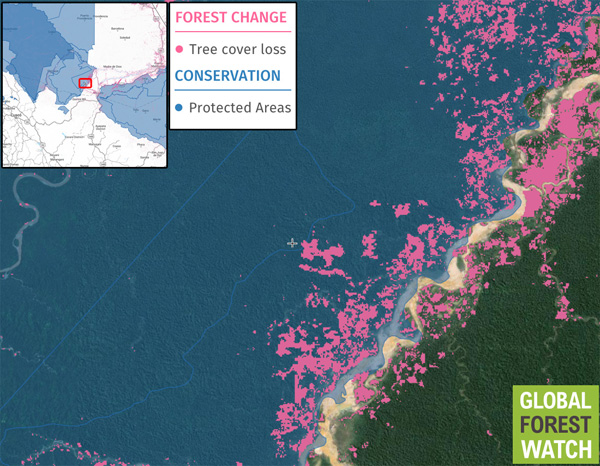