Corporations rush to make zero-deforestation commitments, but is it working? 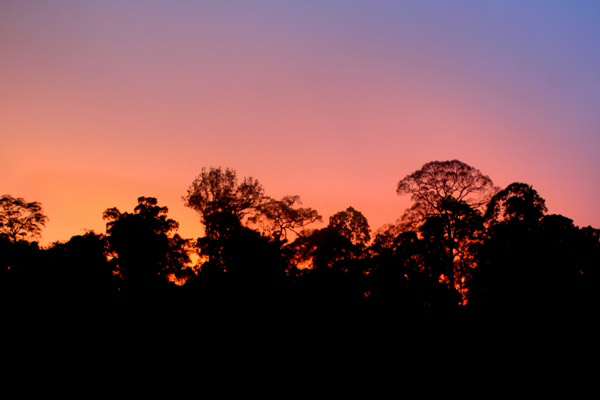 Tropical rainforests are being destroyed at an alarming rate as they’re converted into palm oil plantations and other commodity forests. It’s hoped that corporate zero-deforestation pledges are helping reverse that trend. Photo credit: Jeremy Hance.

Although it is too early to fully measure the effectiveness of these commitments, the rising corporate wave raises a number of questions: What are large companies’ attitudes toward conservation? How genuine are their commitments: are they driven purely by market pressures, or do these pledges signal a fundamental shift in corporate attitudes regarding social responsibility toward tropical forests?

The answers are especially important as global demand for forest products continues to rise, and producers’ attention shifts from Indonesia and Malaysia, where commodity-driven deforestation has already caused significant damage, to Africa and Latin America, where large swaths of tropical forests are still standing.

“I do think there’s a sea change coming,” says Richard Donovan, Vice President of Forestry for the Rainforest Alliance. Even if the first few such commitments were driven by consumer demand and focused campaigns by conservation groups, now companies are out ahead of the consumers. “We’ve seen at least a mainstreaming of the message.” 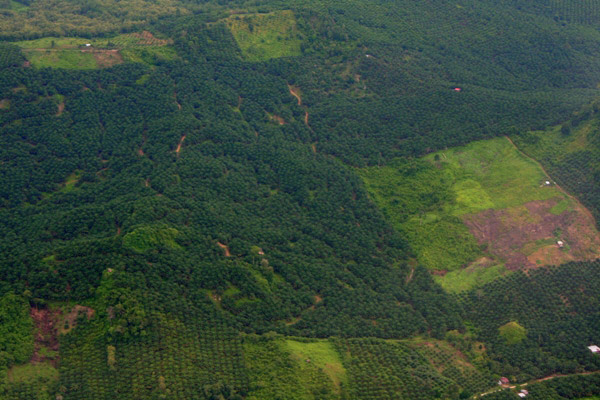 Many companies, including Nestle, Mars and Johnson & Johnson, worked out their agreements with the help of The Forest Trust (TFT). This NGO, created in 1999, originally focused on timber before widening its scope to other commodities. Xavier Andrillon, head of TFT Brazil, notes that even though concrete effects may be hard to measure to date, a snowball effect is definitely underway in terms of corporate pledges.

Nestle was the pioneer, the first major company to make a substantial commitment to improve its palm oil supply chain in 2010, prompted by a Greenpeace campaign focused on Nestle’s Kit Kat brand. “It was difficult for them; they were in an isolated situation,” Andrillon remembers. Wilmar’s addition in 2013 marked a tipping point. “The situation has reversed: now the laggards are in a bad place in terms of competition.”

It is no longer viable for a retailer to tell consumers, “I don’t know where [commodities] come from,” says Donovan. “That was still fairly a radical context five or ten years ago, but it’s not at all now.” 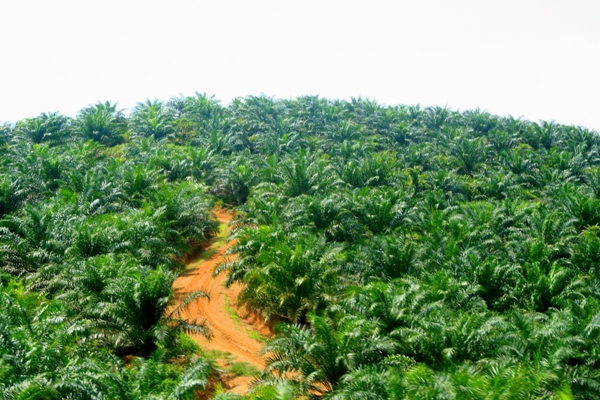 However, making a high-level corporate policy commitment to zero-deforestation is one thing. Assuring that commitment is internally consistent, and carried out from top to bottom of the supply chain is another matter. “You have to drill down on each [pledge] to tell exactly what they’re committing to,” Donovan says. “Until you get clarity as to what these commitments mean on the ground, and there’s some accountability mechanism, it’s still up in the air.”

A major challenge is fully mapping out complex supply chains, which may extend to hundreds of thousands of individual farmers. “You can’t send auditors to every single farm,” Andrillon says. Still, it’s the only certain way to verify the production process – and catch violators. One alternative: companies are pursuing high-tech solutions such as drones to monitor deforestation, something Cargill is starting to do in Malaysia. 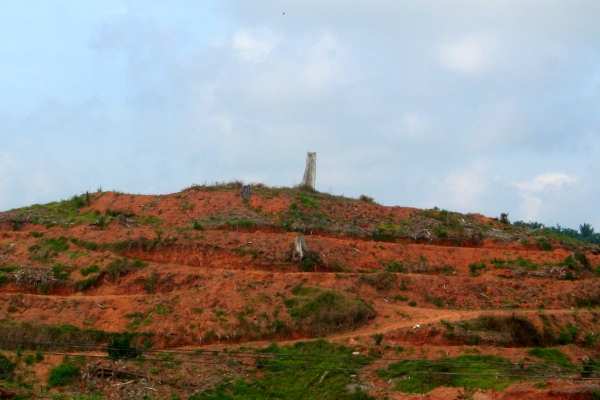 The key issues now are transparency and documentation, Andrillon says, especially independent monitoring of the process. Commodities trader Wilmar, with TFT’s help, has developed a website that lists suppliers, as well as the procedures for launching a grievance process against them. “They’re basically saying, [to consumers] ‘please tell me if my suppliers are in breach of policy and I will take action,'” says Andrillon.

One concern, adds Andrillon, is that many companies are currently focusing on the China market, whose consumers have yet to react negatively to deforestation. “[Corporations] don’t really see a point in committing if they can find another outlet for production.” Nonetheless, he believes, “we are on the right path” overall, with companies focusing more on values instead of just the bottom line. 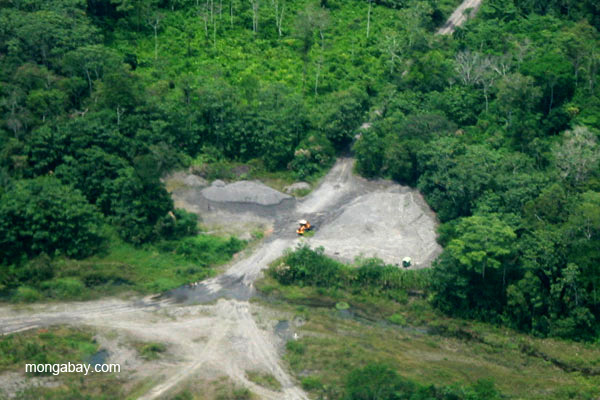 Deforestation in the Ecuadorian Amazon. An average of nearly 1.5 million hectares (5,790 square miles) of Amazonian forest was cut down every year between 2001 and 2012. Corporate zero-deforestation commitments could help slow that trend. Photo credit: Jeremy Hance.

Recent analyses of anti-deforestation policies in the Brazilian soy and beef industries provide both encouraging results and guidance for broader company commitments. A 2006 moratorium reduced deforestation linked to soy production from about 30 percent to less than one percent in 12 years. This year, a study of zero-deforestation agreements in the country’s beef industry showed a marked influence on ranchers and slaughterhouses.

“We do show that real change can come from these paper commitments,” says Holly Gibbs of the University of Wisconsin, author of both studies. “They just need to be implemented on the ground in rigorous ways.”

One lesson from Brazil, she says, is that simple rules are best; they make monitoring and enforcement easier. Agreements have to be clear to an audience that ranges from consumers to traders, packers and producers. Farmers need to understand that clearing forests will result in lost market access. Highly transparent supply chains are a must, she emphasizes, as are comprehensive third-party audits. 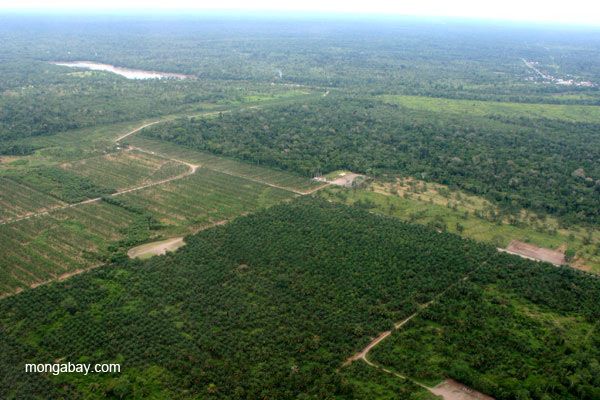 Palm oil plantations near Coca, Ecuador, in the Ecuadorian Amazon. One accounting trick used to avoid authentic zero deforestation is to adopt a standard known as “zero net deforestation,” which adds up both native forests and commodity forests, and balances them against total deforestation. Photo credit: Jeremy Hance.

“I would ask [a corporation] what their definition of deforestation is,” Gibbs says. “It can be too nuanced. What does ‘zero’ actually mean?” In its purest sense, zero deforestation means no cutting of natural forests to create commodity forests (such as palm oil plantations). Some standards, however, commit only to “zero net deforestation.” This accounting technique combines reforestation (adding together both natural and commodity plantings) with deforestation to create a zero balance. Still, Gibbs says, “if [companies] put their money where their mouth is, if they really invest in this, then it will pay dividends for tropical forest conservation.”

Zero-deforestation agreements are a promising start, agrees Julia Urrunaga, Peru Program Director for the Environmental Investigation Agency (EIA). “It’s a battle we’re winning if [companies] feel their image is related to making these kind of commitments for a general audience.”

However, she points to a sobering example of how the process can be undermined by legal maneuvering. A 2015 EIA report titled “Deforestation by Definition” describes how the Melka group, which has created shell companies as tax havens to secure access to forestland in Malaysia, has begun importing a similar scheme to the Peruvian Amazon. As a result, thousands of hectares of primary forest have been logged to make way for palm oil monoculture plantations. This underhanded practice is abetted by Peruvian government regulations that define forests according to their agricultural productive capacity, contrary to international law. 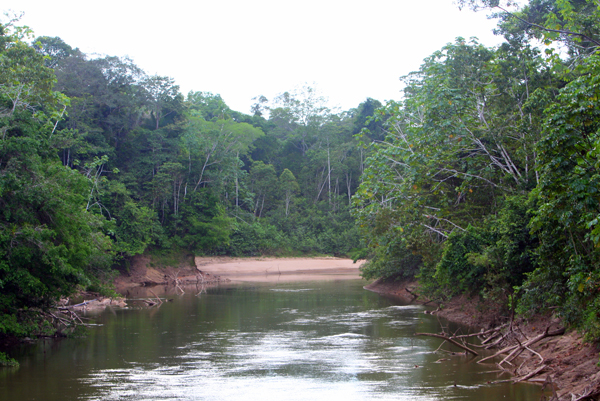 Rainforest habitats like this one in Ecuador are at risk of being converted for palm oil production. Palm oil is used in roughly half of all packaged products sold in supermarkets; it’s in everything from margarine to ice cream, soaps and detergents to lipstick. Photo credit: Jeremy Hance.

“It’s scary,” says Urrunaga. “There’s no land-use planning, no maps, no vision. The Peruvian government is not prepared to deal with this expansion.” The dire situation in Peru shows how transparency in terms of corporate ownership is just as important as traceability of commodity origin, she says. “You need to make sure all the information about these companies is public and available. Those [deforestation] commitments mean nothing if they can not track down not only the palm oil [supply chain] but company ownership.”

“I don’t think there’s a magic bullet,” Urrunaga says. But one thing is clear: “if something is illegal there should be no market for it.”