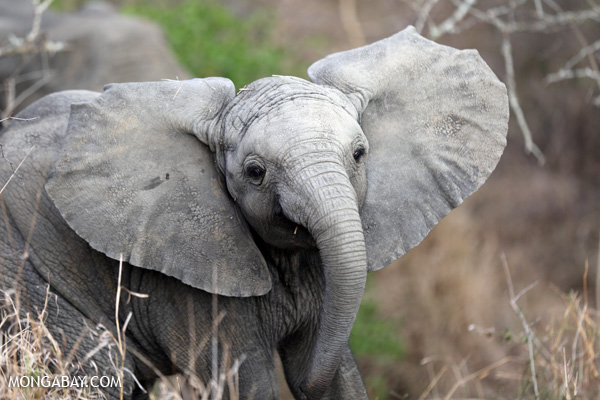 Elephant in South Africa. Photos by Rhett A. Butler.

The Chinese government announced today that it will “eventually” shut down its legal domestic ivory market. The move, which surprised conservationists, could provide a major boost in efforts to stop the mass killing of elephants for their ivory.

The announcement came during a public event where 662 kilograms of contraband ivory was destroyed. Zhao Shucong, head of China’s State Forestry Administration, told attendees that China “will strictly control ivory processing and trade until the commercial processing and sale of ivory and its products are eventually halted.”

The remarks are the first time that China has committed to close down its domestic ivory market, which conservationists say provides cover for the illegal ivory trade, for which China is also the biggest player.

Accordingly, the announcement was immediately welcomed by conservation groups.

“This decision will have a profound impact on wild elephant conservation and ivory trafficking,” said Zhou Fei, Head of TRAFFIC’s China Office, in a statement.

“It would be hard to overstate how significant this announcement may turn out to be. Its potential impact could be critical to the fate of Africa’s declining elephant populations, which have been targeted by ruthless criminal syndicates across sub-Saharan Africa to supply the international demand for ivory. In the past several years, more than 100,000 elephants have been slaughtered in Africa; that is roughly 96 elephants a day, or one every 15 minutes,” added Cristián Samper, President and CEO of WCS, which has a substantial anti-poaching campaign.

“China is by far the largest market for illegal ivory in the world. Most of the ivory leaving Africa is destined for China and that illegal trade is the primary driver for the poaching crisis that has spread across Africa during the last decade. China’s announcement today has the potential to be a game changer.” 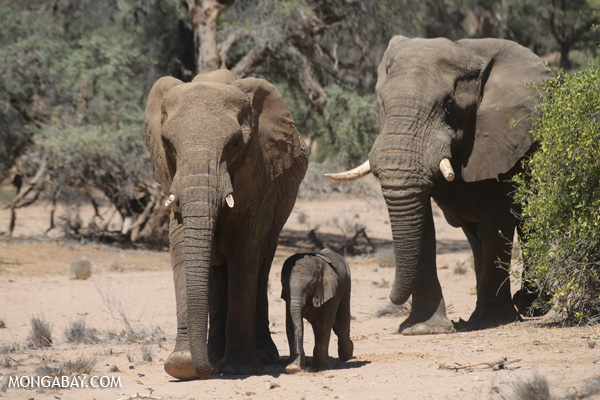 “Shutting down commercial ivory markets worldwide is the single biggest step that governments can take to end the elephant poaching crisis. As the world’s largest ivory market, the importance of China’s announcement to phase out all commercial ivory sales cannot be underestimated,” Wetzler said in a statement. “Now it’s our job to closely monitor the details of China’s plans, including its timeline and any intermediate steps the Chinese government will be taking.”

Those next steps should include independent audits of ivory stockpiles and compliance with previous international commitments, according TRAFFIC’s Zhou Fei.

“Ivory destructions should not be an end in themselves—any such events should be followed by actions to ensure countries continue to comply with their international commitments under the Convention on International Trade in Endangered Species of Wild Fauna and Flora (CITES) to shut down the illegal ivory trade,” Zhou said.

“China’s statement will precipitate similar commitments from other regional consumer countries; for this reason alone, this move should be recognized for its significance,” he said. “China must now follow through on the new global leadership course it appears to be seizing through its domestic ivory policy. In addition, the destruction of confiscated ivory stocks, the Chinese government now needs to announce effective trafficking deterrents, such as a commitment to successful prosecution of criminals, significant fines, long jail sentences, and asset seizures.”

“Earlier this year, the China State Forestry Administration released a revised list of licensed ivory carving factories, legal ivory retailers, and sellers. Ten percent of factories or retailers previously listed have been removed. With today’s announcement, we look forward to China clarifying a timetable for closing the remaining factories.”

China’s announcement comes as elephant poaching reaches crisis levels. Estimates of the number of elephants killed on an annual basis in Africa for their tusks range from 22,000 to 35,000. A report published this week revealed that Mozambique lost half of its elephants in just 5 years. African forest elephant populations have experienced even steeper declines. The rise of the trade has been linked to other criminal activity including weapons smuggling, rhino poaching, and even terrorism, according to some analysts.

China is also the biggest market for a number of other wildlife products, including tiger parts, pangolin scales, bear gallbladders, and shark fins, among others. However a recent crackdown on corruption has raised hopes that the government may take a more proactive approach to dealing with the wildlife trade.