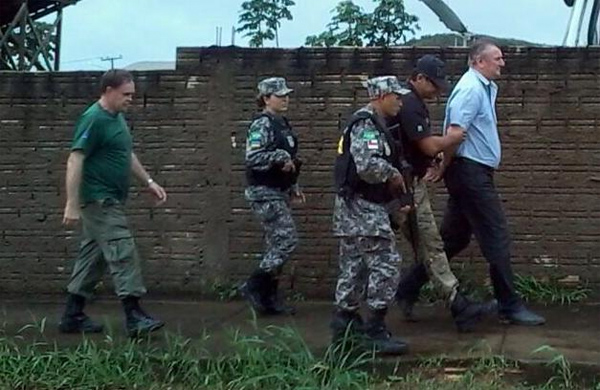 Authorities in Brazil have arrested a man they claim to be the single biggest deforester in the Amazon, according to a statement issued by IBAMA, Brazil’s environmental protection agency.

Ezequiel Antônio Castanha was detained Saturday in Novo Progresso in the state of Par´ in a joint operation involving IBAMA, the Federal Public Ministry, the Internal Revenue Service and the Federal Police. Castanha is accused of running a ring that invaded public forests which were cleared and then sold on to speculators. The forests were located along the BR-163 highway between Altamira and Novo Progresso.

IBAMA says that Castanha’s gang was responsible for chopping down 15,000 hectares of forests over the past decade, causing $15 million in environmental damage and racking up another $30 million in fines. Castanha faces up to 46 years in prison for land grabbing, counterfeiting, illegal deforestation and money laundering.

In a statement, IBAMA called Castanha “the biggest deforester in the Amazon” and said his arrested could “contribute significantly to controlling deforestation in the region.” 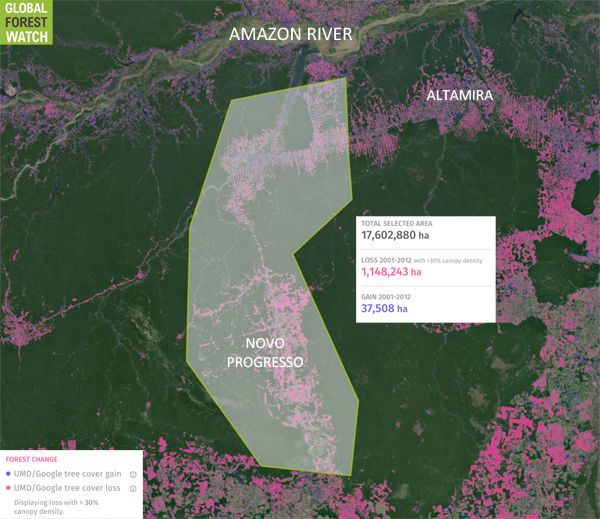 9.4 million hectares of forest were cleared in the Brazilian Amazon between August 2005-July 2014. The state of Para lost 182,900 ha in the year ending July 2014. According to Global Forest Watch, a forest mapping platform run by World Resources Institute (WRI), the area along BR-163 between Altamira and Non Progresso lost roughly a million hectares of forest in the decade ending in December 2012. Virtually all of that loss was deforestation for large-scale agriculture and cattle production.

Brazil accounts for nearly two-thirds of the Amazon rainforest, the world’s largest tropical forest. Just under 20 percent of the Brazilian Amazon has been cleared, mostly for cattle ranching.