Sulawesi community regains access to forest on which it depends 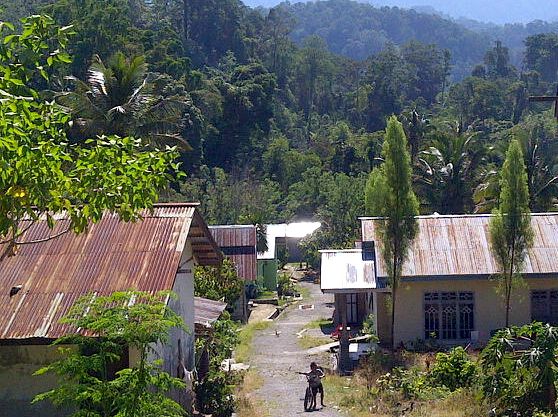 Namu village is surrounded by forested hills between Lore Lindu National Park and a conservation forest. They recently regained access to the forest, which they depend on for their way of life. Photo by Syarifah Latowa.

Three hours by road from the city of Palu in Sulawesi lies Namo, a small village surrounded by forest. Namo’s geographic location means protecting the forest is critical for preventing flooding downstream in Palu. Recognizing the ecological sensitivity of the area, the government established Lore Lindu National Park to the east of the village, and designated a conservation forest to the west.

Although these protective measures may be forward-thinking in terms of environmental protection, they had the unfortunate side effect of corralling the residents of Namo on a tiny patch of land, forbidding them from the utilizing the forest resources that once sustained them.

“For generations, the people have used the surrounding forests as community forest,” said Tau Hamid, former village head of Namo. They harvested non-timber forest products to make households goods for use and sale. They depend upon the rattan, bamboo, tree resin, wild honey, and many types of herbs found in the forest. The economy of Namo is built on the production and sale of crafts and furniture created from raw materials harvested from the forest. 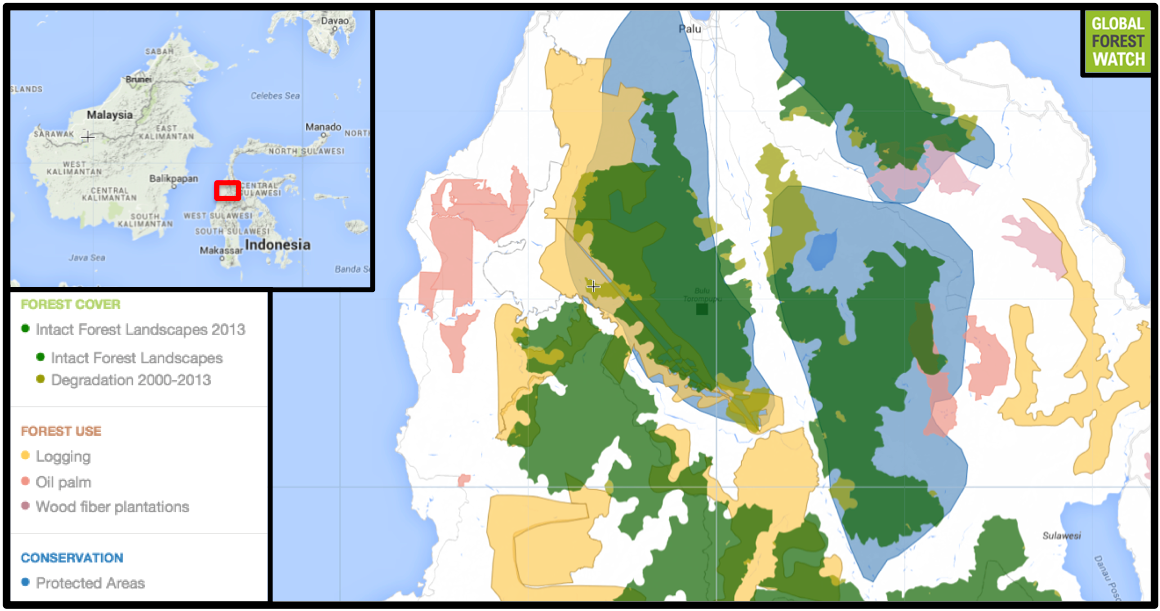 Namo lies within the narrow strip of land between two large protected areas (blue). Sulawesi has been less affected by deforestation than neighboring Borneo, but forest loss is still occurring on the island at a rapid clip. According to Global Forest Watch, the region pictured lost approximately 5.5 percent of its tree cover from 2001 through 2012 (however, some of this loss may be due to the harvesting of established tree plantations). Click to enlarge.

“We didn’t know that they were ‘protected areas.’ So of course the people became confused when they were told they could no longer use the land for their survival,” Tau said.

The villagers of Namo acted quickly to secure their way of life. By 2007 they had successfully negotiated with neighboring villages to combine their land to manage collectively as Namo forest. The agreement was formalized with a traditional ceremony attended by village elders, community leaders, and government officials before the collective began figuring out how to obtain official legal recognition of the village forest.

Finally, in 2010, with the help of a local NGO, they submitted a formal proposal to the Ministry of Forestry asking for recognition of their right to continue using forest resources in Namo forest. On March 21, 2011, the ministry issued an official decree establishing the 490-hectare Namo forest as a “village forest working area” within a protected forest. The area now consists of 400 hectares managed as a protected zone, and 90 hectares open for traditional uses.

Although they are still awaiting action by the Ministry of Forestry to formalize exactly what the villagers can and can not do in these newly designated area, the recognition is a major step forward, and provides a much needed sense of relief and security for the residents of Namo.