In 1970 researchers uncovered the Tandayapa Andean toad (Andinophryne olallai), previously unknown to science, in the Pichincha Province of Ecuador. Given that only a single individual was discovered, even after further exploration in the following years, the toad was soon presumed to be extinct. Forty-two years later, however, a research team rediscovered the species in Manduriacu, Ecuador. Their recently published study in Amphibian & Reptile Conservation describes new knowledge of the cryptic Tandayapa Andean toad, including population status, geographic extent, and natural history.

While rediscovering an “extinct” species may appear to be an unusual phenomenon, Lynch says that “…approximately 12 percent of [frog and toad] species previously thought to have gone extinct have in recent years been rediscovered.” This suggests that similar occurrences will increase with additional research efforts, especially in the neotropics. Lynch credits a global initiative created in partnership with the Amphibian Survival Alliance to find these so-called Lost Frogs.

“In response to the global amphibian crisis researchers and conservationists in all corners of the world have increased their efforts to understand and protect amphibian populations before they disappear forever,” he told mongabay.com.

Lynch and fellow scientists conducted stream surveys for reptiles and amphibians throughout the premontane tropical forest—directly below the mountainous zone—and cloud forests of Northwest Ecuador. The survey sites, located along the Western slope of the Andes Mountain range near the Cotacahi-Cayapas Ecological Reserve, ranged from 1,100 to 1,400 meters (3,609 to 4,593 feet) in elevation.

Most notably, the research team identified a new locality for the long missing Tandayapa Andean toad: Imbabura Province, roughly 40 kilometers (25 miles) north of the location where the species was first discovered in 1970. Across the four stream systems sampled, the group observed 18 individuals, including two froglets, five juveniles, and two pregnant adult females.

The rediscovery of the Tandayapa Andean toad is particularly important to the scientific community, as it demonstrates the value of field research, the continued existence of new and unexpected discoveries, and the capacity of species resilience. Furthermore, rediscoveries illustrate the importance of in-situ conservation, or on-site conservation of naturally occurring populations. 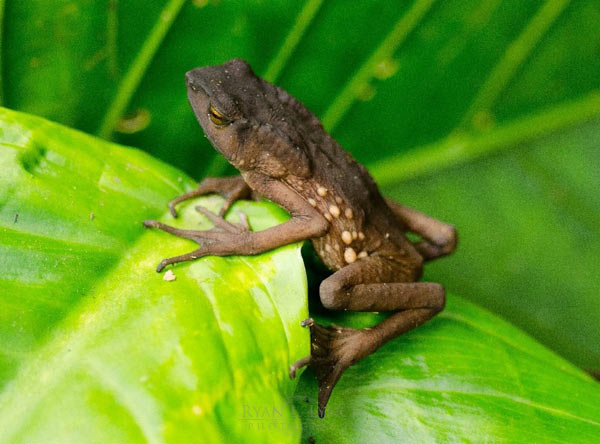 “With amphibians disappearing at alarming rates across the globe many researchers and conservationists have begun to turn to ex-situ conservation efforts [protection of a species outside of its natural habitat]. While these efforts are also extremely important for the long-term survival of rare species, it is incredibly empowering to know that some species still have a chance of surviving in their natural habitat given the correct support,” Lynch said. 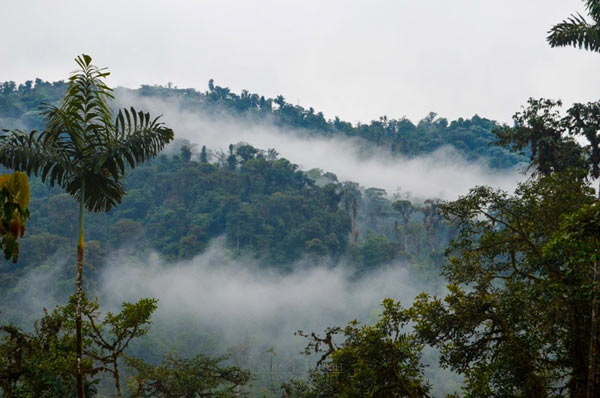 “The interaction of topography, climate, and remoteness of the forests of Imbabura surrounding the only known population of [the Tandayapa Andean toad] promote incredibly high rates of diversity and endemism,” Lynch explained.

While additional behavioral investigation is needed, Lynch and colleagues suspect that the Tandayapa Andean toad searches for food throughout the day and stays inactive at night to avoid predation.

By documenting a range of age classes, comprising adults, juveniles, and froglets, the researchers believe the toad is undergoing successful reproduction. Of particular note is the variation in color pattern accompanying the toad’s various developmental stages. According to Lynch’s study, this is “one of the few reported cases of such an extreme change in bufonids [, members of the true toad family,] in Ecuador.”

“Our observations of froglets and juveniles mark the first reported information on the species’ pre-adult morphology and ontogeny,” the researchers write in their paper.

Although the IUCN Red List classifies the Tandayapa Andean toad as Data Deficient, the scientists in the paper consider the toad to be endangered. “…based on its restricted range, the apparent extirpation of the species from the type locality and extensive habitat degradation.” With a known geographic extent of less than one square kilometer (0.4 square miles), the species remains especially at risk.

Current threats include intensive logging and mining, as well as hydroelectric development. These expanding industries have resulted in significant habitat loss and fragmentation. Given that “A. olallai is the rarest of all Andinophryne species,” the researchers urge the creation of a comprehensive population-monitoring program to prevent further declines. Such an initiative will necessitate the involvement of an integrated group of stakeholders, including conservation agencies, research professionals, and local citizens.

“Ideally locals from the nearby town will be employed and trained to carry out such monitoring by a researcher involved in the project so that they are actively engaged in the long-term conservation of the species and earn an income not based on logging,” Lynch told mongabay.com.

According to data from Global Forest Watch, Imbabura Province lost 2.5 percent of its tree cover from 2001 through 2012. While this may seem like a relatively small amount compared to other parts of the country such as Esmeralda Province to the east, which lost 8.5 percent of its forests during the same time period, it may still have a big impact on wildlife populations. Click to enlarge.

“If protection of habitat through land purchases is not carried out immediately, the species will stand a very low chance of surviving the next five years.”

But funding for such acquisitions will likely require financial aid from international organizations. 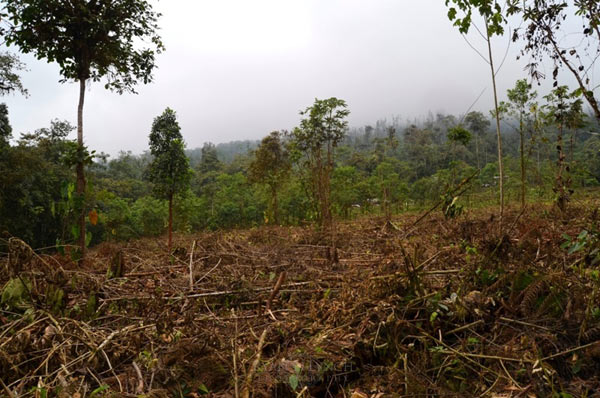 Lynch stated, “It is our hope that the rediscovery of (Andinophryne olallai) will result in immediate support for greater protection of the forests in and around Manduriacu, and provide assistance in creating biological corridors between the neighboring reserves of Los Cedros and Cotacachi-Cayapas.”

While “the rediscovery of a Lost species such as Andinophryne olallai… offers conservation hope amid all of the stories of widespread habitat loss and species extinction,” Lynch stressed that this optimism must be met with tangible global support for conservation before species like the Tandayapa Andean toad disappear forever.

“If the world wants to save threatened amphibian species from going extinct, they need to step up to big conservation challenges…” Lynch concluded. 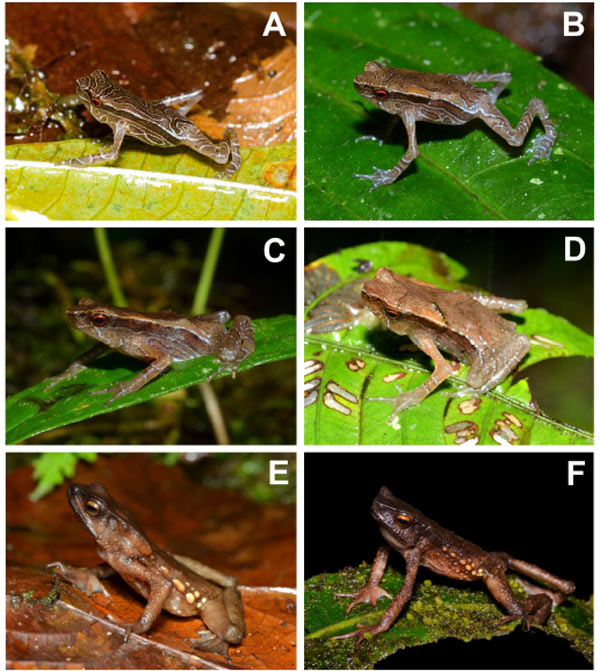