Commentary by Jaboury Ghazoul on 6 January 2015 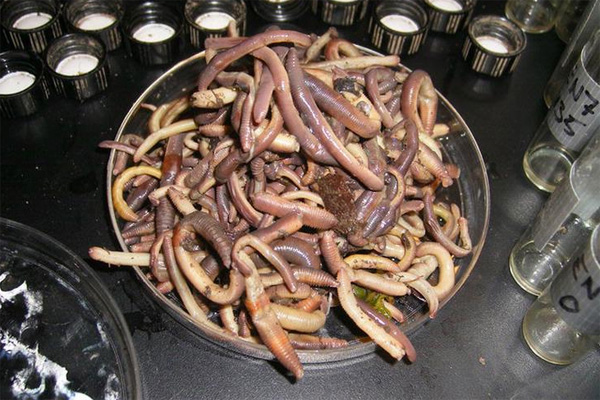 Earthworms. Image courtesy of the US Fish & Wildlife Service

1st November 1837 was a disappointing day at the Geological Society of London. The men (and they were only men) of the Society were expecting great things from the young Charles Darwin, recently returned from his Beagle voyage. Yet on that day only William Buckland saw sufficient value in Darwin’s work to recommend it for publication – but then Buckland himself was an oddity, given his work on fossil feces and his proclivity for eating his way through the Animal Kingdom (moles and bluebottle flies, he reported, are particularly distasteful). Even so, Buckland was a leading geologist who did not mince his words, praising Darwin’s work as “a new and important theory to explain phenomena of universal occurrence on the surface of the Earth”, no less than “a new Geological Power”.

What did Darwin and Buckland recognize that others did not? In a word, worms. Earthworms in particular. In the years and decades that followed, Darwin watched worms drag leaves, sand, and stones into their burrows. He meticulously, and very precisely, calculated that there are 53,767 earthworms in each acre of English countryside. He noticed that as worms turn the soil over, objects on the surface begin to sink into it. By this process, Darwin argued, earthworms have preserved for us countless historical artifacts, all protected from the vagaries of wind and weather under a layer of soil. Moreover, he realized that the action of thousands of worms over thousands of years maintains a healthy and fertile soil.

Darwin, no doubt, would have been horrified by the way we have treated our soils in recent decades. Over the past 150 years, overuse and erosion has washed half of our planet’s topsoil downstream to smother coastal reefs and fisheries. We have denuded soils of their nutrients, and polluted them with heavy metals and salts. The pesticides we apply might temporarily increase yields, but they also disrupt soil biodiversity. Earthworms have declined. Soil fertility has been lost. Oh, and did I mention that we depend on healthy soils for 95% of the food we eat? 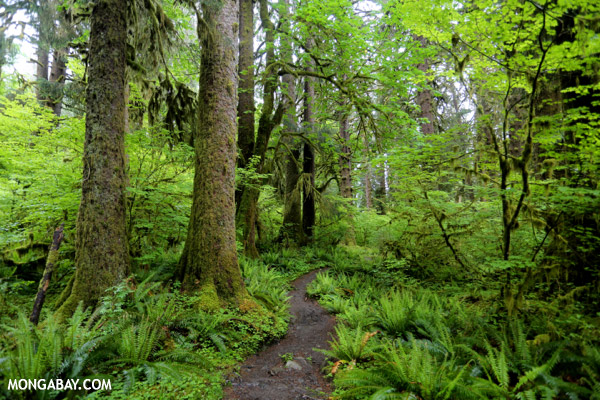 Healthy farms and ecosystems depend on earthworms. Photo by Rhett Butler.

On December 5, 2014, on the occasion of the first World Soil Day in Rome, FAO Director-General José Graziano da Silva reminded us that while more than 805 million people currently experience hunger and malnutrition, and while a 60% increase in food production will be needed to meet future demands, a third of our global soil resources lie denuded and degraded. As we embark on 2015, the International Year of Soils, we are, belatedly, realizing the scale of the problem, and the task that lies before us. Soils are being lost at an order of magnitude faster than they are being replenished. This imperils our future food security.

The biological soil community has also changed, but in truth we have very little idea about the biodiversity under our feet. We don’t know what the scale of change has been as we don’t have good historical data with which to compare. Even now we still lack coordinated regional or even national efforts to monitor soil biodiversity. Earthworms are not only critical for soil renewal, they are also good indicators of soil biodiversity, yet only five out of 29 European countries have earthworm monitoring programs – and even then, in a very patchy manner.

Despite our ignorance, there are strong indications that all is not well. In the UK, a New Zealand invasive flatworm (Arthurdendyus triangulatus) has caused dramatic earthworm declines, and even possible localized extinctions. Across Europe, over half of all earthworm species are rare, often being known from only one or two sampling sites, so localised extinctions might mean global extinction. And it’s not just earthworms that are vulnerable. In 2007 the Swiss Federal Environment Office published the first-ever ‘Red List’ of mushrooms, and listed 937 species that faced possible extinction within Switzerland. A map of threats to soil biodiversity using data from the European Soil Data Centre implies high threats to soil biodiversity in northwest Europe, and particularly in the UK and Netherlands. We have only the slightest idea what the long-term implications of these shifts in soil biodiversity might harbor for future food production and, it seems to me, we urgently need to find out.

The muted reception at the Geological Society discouraged Darwin from continuing his work on worms, and yet he never let it go entirely. Towards the end of his life he published his last book, The Formation of Vegetable Mould, Through the Action of Worms, which he modestly described as a “curious little book of small importance”. One does not disagree with Darwin lightly, but in this I do. It would be decidedly tragic to lose pandas, polar bears and penguins, but it would be truly devastating to lose worms.

Jaboury Ghazoul is a researcher at ETH Zurich’s Department of Environmental Systems Science.