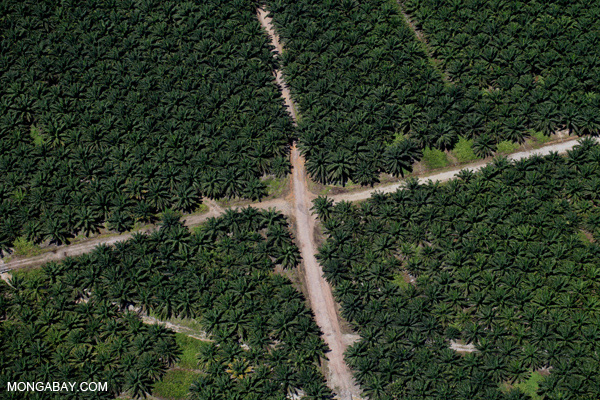 On Monday, KLK released a sustainability policy that includes commitments to zero deforestation, no peatlands conversion, labor safeguards, and support for the Universal Declaration of Human Rights by the United Nations.

“KLK is committed to ensuring that its products are produced in a sustainable manner,” the company said, adding that its policy builds on standards set under the Roundtable on Sustainable Palm Oil (RSPO).

However environmentalists say the policy falls short of those established by KLK’s peers.

For example, it doesn’t apply to KLK’s suppliers, trading partners, or join ventures, notes Robin Averbeck, senior forest campaigner with the Rainforest Action Network, which has been a vocal critic of the company.

“While there has been a flurry of no deforestation commitments by major players in the industry, KLK’s policy leaves its position ambiguous. Unlike Wilmar, Cargill, Golden Agri Resources (GAR) and others, KLK does not commit to applying the credible High Carbon Stock Approach, nor does it require the same commitments of its suppliers, trading partners, or Joint Venture partners,” Averbeck wrote. “Due to the reality on the ground in its operations and remaining critical gaps in its policy, KLK remains a laggard among its industry peers.”

She added that the company continues to face opposition from local groups in some places where it operates.

“KLK is currently involved in active conflicts with multiple communities resisting palm oil plantation development on their territory, including in Collingwood Bay, Papua New Guinea, and Grand Bassa County, Liberia. In both cases, local communities are opposing palm oil expansion by KLK on their customary lands and have filed formal complaints against the company with the industry certification body, the Roundtable on Sustainable Palm Oil (RSPO). The resolution of these cases to the satisfaction of local communities will be seen as a critical test of KLK’s commitments.” 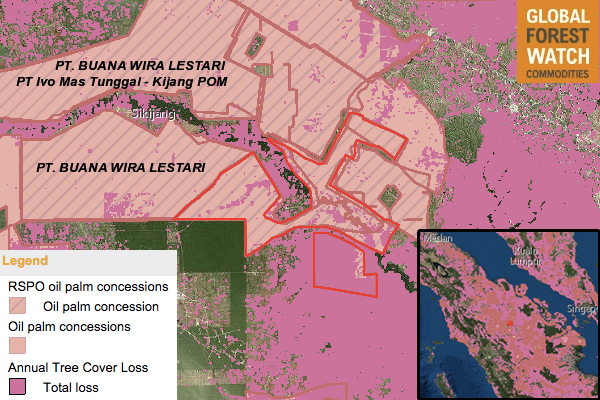 KLK concession in Riau Province. Data from Global Forest Watch-Commodities, which enables users to see concession-specific data in Indonesia, shows that KLK converted about 700 ha for oil palm that between 2005 and 2012. Of that, 214 ha were classified as secondary forest.

KLK has a land bank of roughly 250,000 hectares in Peninsular Malaysia, Sabah and Indonesia, including Sumatra, Belitung Island, and Central and East Kalimantan. In 2012 it acquired a stake in a venture in Papua New Guinea that subsequently became a flashpoint for the company.

But oil palm expansion has proven controversial on social and environmental grounds. Green groups object when plantation development occurs at the expense of wildlife-rich natural forests and carbon-dense peatlands. Accordingly, the industry has been increasingly targeted by campaigners, who have been pushing for companies to adopt zero deforestation policies and other safeguards to protect such areas from conversion. Several major producers and traders have now committed to deforestation-free palm oil, but some of the commitments are stronger than others, as highlighted by RAN’s Averbeck.