An end to unjust conservation? (commentary)

Commentary by Harry Jonas and Dilys Roe on 16 November 2014 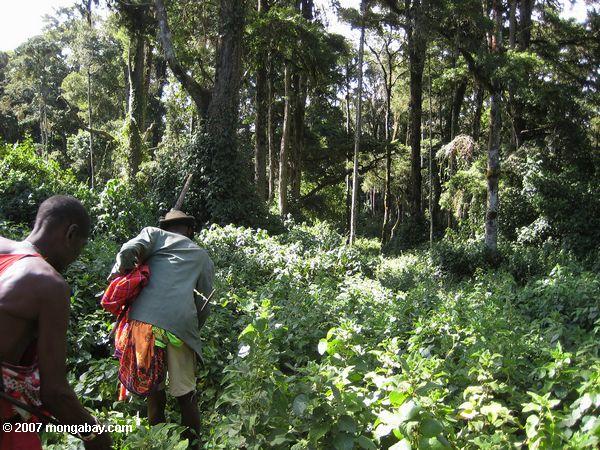 Purko tribesmen in Kenya’s Loita Hills, an area where conservation efforts have at times been in conflict with local communities. Photo by Rhett Butler

In September 2014, events took place in three different parts of the world, which together highlight the multifaceted relationship between human rights and conservation. First, in New York, the UN General Assembly adopted the Outcome Document of the World Conference on Indigenous Peoples (World Conference). The document reaffirms and recognizes, among other things: a) support for the United Nations Declaration on the Rights of Indigenous Peoples; b) commitments to obtain free and informed consent prior to the approval of any project affecting Indigenous peoples’ lands or territories and other resources, c) commitments to acknowledge, advance and adjudicate the rights of Indigenous peoples pertaining to lands, territories and resources; and d) the significant contribution of Indigenous peoples to the promotion of sustainable development and ecosystem management, including their associated knowledge.

Second, in eastern Tanzania, the community members of Uvinje – a small coastal village – were anticipating being forcibly removed from their traditional lands and waters due to the expansion of Saadani National Park. The park was created in the 1960s as a game reserve and included land contributed by Saadani Village because of residents’ concern with the indiscriminate killing of wildlife by outsiders. At that time, the game reserve explicitly allowed for local access and use. In 2004, however, the game reserve was gazetted as a national park, so prohibiting all access and use by villagers. In 2005, Uvinje villagers discovered that additional coastal land had been incorporated into the official map of the park and that, as a result, they were no longer entitled to live there or to use the land. A decade later, the park’s boundaries remain in dispute, and the villagers are seeking an urgent injunction to halt their eviction from their ancestral lands.

Third, on the 26th of September, the Kenyan government established a Task Force dedicated to the implementation of the 2010 African Commission’s ruling, which recognised the rights of the Endorois people over their ancestral land in and around Lake Bogoria in Kenya’s Rift Valley. The landmark ruling set a precedent that Indigenous peoples in Africa are legally entitled to collective ownership of their ancestral lands. Yet for nearly five years following the ruling, there has been little progress towards its implementation, despite intensive lobbying for action by the Endorois Welfare Council, the Endorois’ representative body, and calls for implementation by the African Commission of Human and Peoples’ Rights. 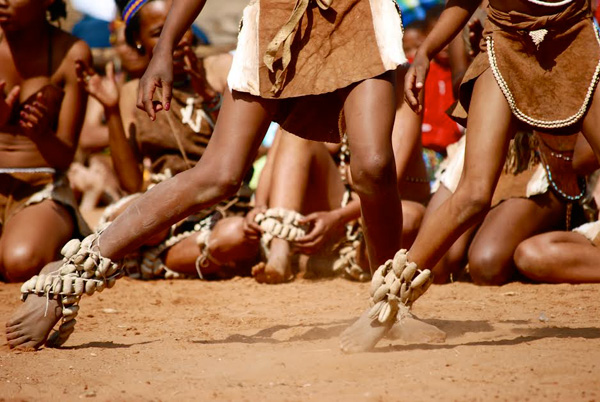 The San peoples of the Kalahari have suffered as a result of exclusionary forms of conservation. Photo © Harry Jonas.

Each of these events highlights a particular facet of the human rights dimension of conservation initiatives:

Collectively, these events highlight the clear need for more work relating to the human rights dimension of conservation initiatives to ensure that the international biodiversity conservation commitments made by States and other conservation actors do not lead to the local infringement of human rights. Recent research by the International Institute for Environment and Development (IIED) and Natural Justice (Lawyers for Communities and the Environment) underscores that all conservation actors – not just governments – have responsibilities to ensure their activities do not violate human rights. The research also shows that a wide range of international legal instruments confer a diverse set of rights on Indigenous peoples and local communities – well beyond those commonly cited, such as ILO Convention 169 (Concerning Indigenous and Tribal Peoples in Independent Countries) and the UN Declaration on the Rights of Indigenous Peoples. The IIED–Natural Justice research also illustrates that when these rights are infringed, Indigenous peoples and local communities face a range of structural and procedural challenges when seeking redress at the national level and with non-state redress mechanisms.

In this light, the forthcoming decennial IUCN World Parks Congress – currently being held in Sydney, Australia – offers an opportunity for governments, international organizations, businesses, NGOs and private foundations to engage constructively with Indigenous peoples and local communities and commit to ending conservation injustice. IIED and Natural Justice propose a number of options for promoting just conservation that could help guide the discussions. These range from the participatory agreement of a set of minimum human rights standards to which all conservation initiatives might be expected to adhere, guidelines for all concerned parties on how to implement or uphold those standards, to the establishment of a body to oversee conservation activities such as a ‘Roundtable on Just Conservation’ or a ‘Conservation Stewardship Council’.

Without prejudging the specific decision, the agreed way forwards must be sufficient to ensure that it bridges – as expressly referred to by IUCN at the World Conference on Indigenous peoples – the “large gap between statements and concrete actions”.