Map shows where roads should be built, where they should not, and where human and environmental needs conflict

Roads make it possible to bring goods to market, to get to the office, to log a forest, to hunt its wildlife. Without roads, human society as we know it could not exist. However, to build roads, trees must be cleared and swamps drained, shrinking valuable wildlife habitat and fragmenting populations in the process. A new study, published today in Nature, unveils an innovative map that defines which areas of the world would best be used to build roads – and which should be left alone.

Scientists estimate more than 25 million kilometers of new roads will be built worldwide by 2050, representing a 60 percent increase over 2010 numbers. Many of these are slated for environmentally valuable places with high numbers of unique species and pristine forest, such as the Amazon Basin. 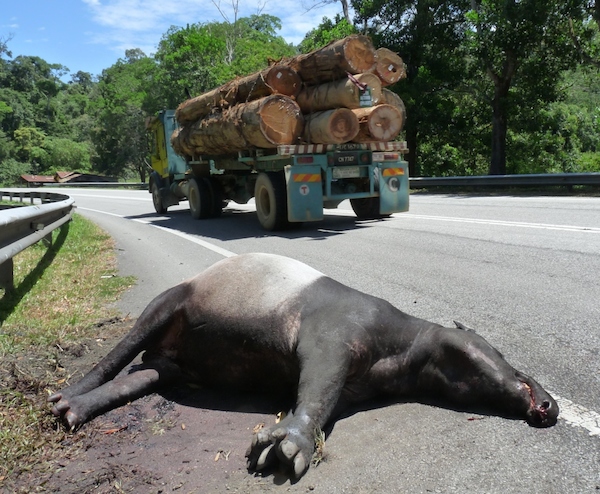 In addition to the direct environmental damage exacted to build a road, its very existence often leads to more degradation. According to the Alliance of Leading Environmental Researchers and Thinkers (ALERT), 95 percent of deforestation occurs within 5.5 kilometers (3.4 miles) of a road in the Amazon.

“Roads often open a Pandora’s Box of environmental problems,” said Professor William Laurance of James Cook University in Australia, a biologist and conservationist who studies the impacts of road expansion. “But we also need roads for our societies and economies, so the challenge is to decide where to put new roads – and where to avoid them.”

And that is exactly what Laurance and his colleagues set out to do in their new study. They created, in effect, a “global roadmap” for road creation that balances human development with environmental protection.

For nearly two years, the team worked to develop the map based on two components: the first illustrates the natural values of the world’s ecosystems, and the second identifies which areas where human communities would be most benefited by roads. To do this, they integrated a plethora of different datasets on regional factors such as biodiversity, ecosystem services, and number of endangered species present.

They also looked for the presence of small farms and areas that had already been converted for agricultural purposes.

“We focused on agriculture because global food demand is expected to double by mid-century, and new or improved roads are vital for farmers,” said Dr. Nathan Mueller from Harvard University. “With better roads, farmers can have improved access to fertilizers, information, and markets for their crops—the whole economic equation changes, which can make farming more efficient and profitable.”

Their result? A map that covers the entire 13.3 billion-hectare surface of the earth. They color-coded it, with green tones indicative of regions where conservation should have priority, and red tones where the benefits of road development would outweigh its risks.

“It was a challenge, but we think we’ve identified the most environmentally vital real estate on the planet,” said coauthor Andrew Balmford of the University of Cambridge, UK. 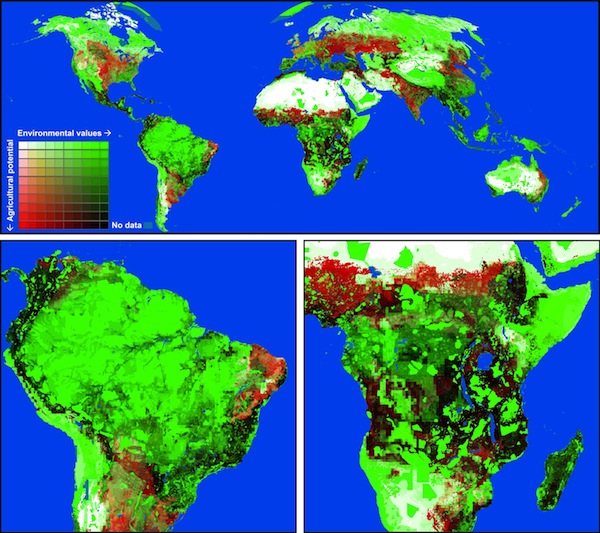 The team found many areas where agriculture and livelihoods could be improved significantly with the addition of roads, while exacting a relatively small toll on the environment.

“The good news is that there are still expanses of the world where agriculture can be greatly improved without large environmental costs,” said Dr Gopalasamy Reuben Clements from James Cook University.

However, the authors stress that in many other areas of the world, such as along the Amazon Basin, Southeast Asia, Madagascar, and high-latitude boreal forests, road-building would have huge environmental impacts.

The map also identifies conflict areas, where population growth will likely displace valuable natural habitat as agricultural expansion heats up to meet the needs of local communities. The most significant are found in Sub-Saharan Africa, parts of Central and South America, and a large portion of the Asia-Pacific region.

“We’re facing a lot of tough decisions,” said Irene Burgues Arrea of the Conservation Strategy Fund in Costa Rica. “For instance, there are huge conflict areas in sub-Saharan Africa, because it has vital wildlife habitats but a very rapidly growing human population that will need more food and more roads.”

Laurance and his colleagues hope their map will be used by governments and international funding agencies to help improve the ways in which roads are planned – and where they’re built.

“So much road expansion today is unplanned or chaotic, and we direly need a more proactive approach,” Laurance said. “It’s vital because we’re facing the most explosive era of road expansion in human history.” 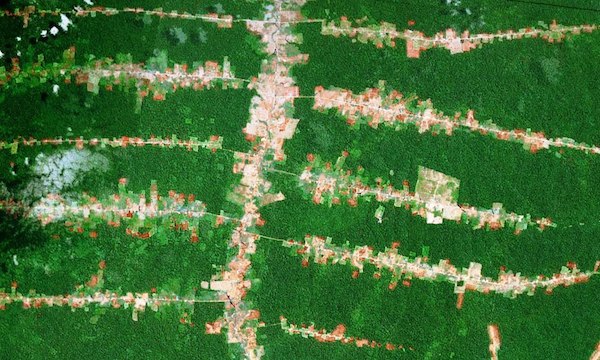 Deforestation associated with forest roads in Roraima in the southern Brazilian Amazon. Image from Google Earth.