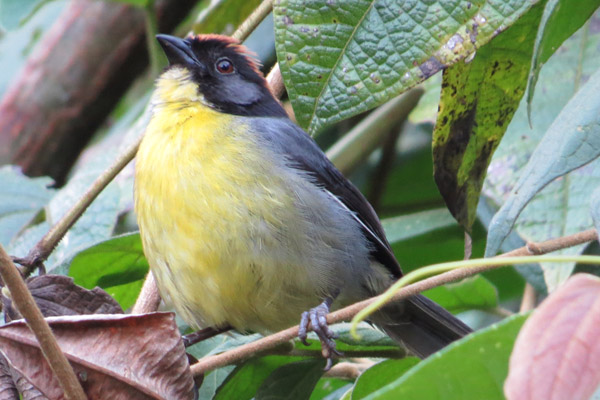 The Perijá brush-finch has only recently been considered a species in its own right. Photo by: Trevor Ellery.

A coalition of conservation groups have established a new protected area in one of Latin America’s most neglected ecosystems: the Colombian-side of the Serranía de Perijá mountain range. Following decades of bloody conflict and rampant deforestation, experts say only five percent of rainforest is left on the Colombian side of this embattled mountain range, which is home to a large number of birds found no-where else.

“Without this reserve, the chances are high that within a few years nothing would be left of the spectacular forests that once covered Colombia’s Serranía de Perijá,” said Paul Salaman, the CEO of Rainforest Trust, which helped create the new park, known as the Chamicero de Perijá Nature Reserve. The Rainforest Trust partnered with ProAves, which has worked in the region for over a decade, and Global Wildlife Conservation (GWC).

Although covering only 750 hectares, the new cloud forest reserve is a bird paradise, containing numerous threatened and endemic species. Scientists have documented the Perijá thistletail (Asthenes perijana) and the Perijá metaltail (Metallura iracunda) in the park, both of which are considered Endangered by the IUCN Red List. The reserve is also home to the Perijá brush-finch (Arremon perijanus), which was only declared a distinct species in its own right in 2010 and hasn’t yet been evaluated by the IUCN.

Even more shocking, scientists believe they have discovered four new bird species in the area and believe two current subspecies should be raised to species level.

In addition to protecting a number of vanishing species, the conservationists say the forest—which is one of the most intact in the region—also provides two watersheds for the city of Valledupar and other nearby towns.

“This reserve is a win for everyone. Not only is it going to be a permanent lifeline for the region’s many endemic species that have nowhere else to go, but it is also a major victory for nearby cities and towns that will benefit for years from the water it provides,” said Salaman.

The region has been plagued by violence due to the decades-long conflict between the Colombian government and various militia groups, including drug smuggling. However, in recent years, forest has been cleared at a rapid clip for pasture, farms, and blackberry cultivation for jams.

The Serranía de Perijá mountain range is shared between Colombia and Venezuela. The Venezuelan side of the range is covered by two large protected areas including the San Rafeal de Guasare Reserve and the Perijá National Park. But the Colombian side is almost entirely unprotected: two small indigenous reserves are in the southern part of the range, but the new park, the Chamicero de Perijá Nature Reserve, is the first in the northern portion. 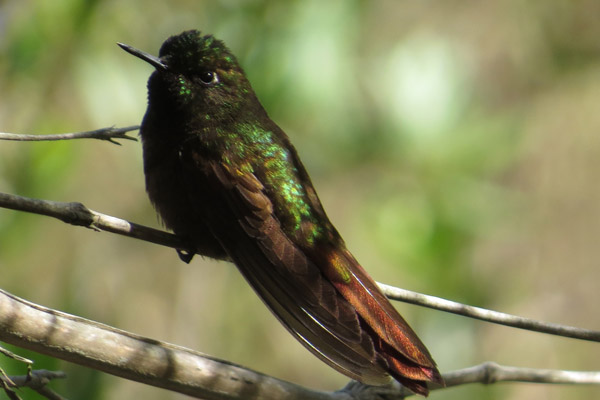 The Perijá metaltail is considered Endangered. Photo by: Trevor Ellery. 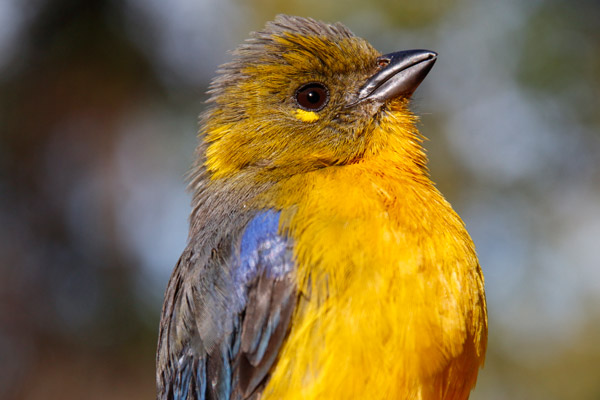 The lachrymose mountain tanager is also found in the reserve. This wide-ranging species is considered Least Concern. Photo by: Rainforest Trust. 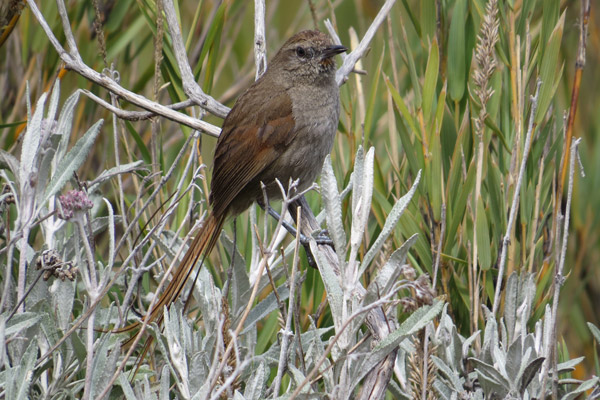 The Perijá thistletail is considered Endangered. Photo by: Trevor Ellery. 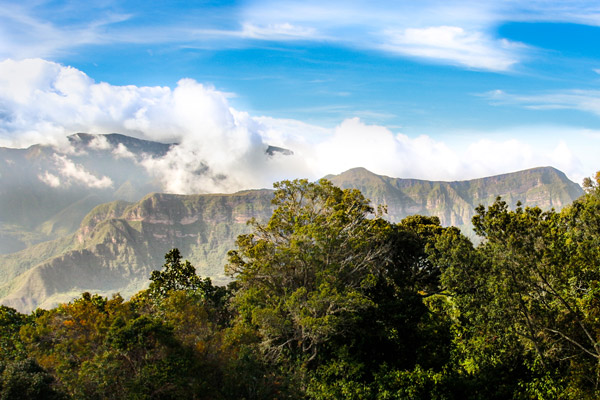 (06/27/2014) A study published this week found tree cover does not necessarily correlate with habitat importance. It suggests that using such a metric may be leading to false assumptions of habitat importance, and that REDD+ and other carbon-centric conservation programs may actually be propelling some species towards extinction.

(04/28/2014) Letting forests regrow naturally on grazing lands in the tropics offers substantial climate and biodiversity at a low cost, reports a study published in the journal Nature Climate Change.

(03/24/2014) The turkey-sized, noisy, fruit-feasting guans are arguably one of the strangest wildlife sightings in the tropical forests of Central and South America. Ancient animals, these birds are members of the Cracidae family—which also include equally-odd currasows and chachalacas—and are actually distantly related to megapode, or mound-building, birds of Australiasia. A new study in mongabay.com’s open-access journal Tropical Conservation Science looks at a particularly endangered guan: the Cauca gaun (Penelope perspicax).