Habitat fragmentation and hunting are both distinct critical issues facing forests today that require their own countermeasures. Yet, much research has chosen to conflate the two, potentially leading to ineffective ecosystem management. According to a new study recently published in mongabay.com’s open access journal, Tropical Conservation Science, the interaction of both factors can contradict the effects of hunting and fragmentation alone, revealing a research and management gap that urgently needs to be filled.

The research, authored by Andrew Kosydar, Loveday Conquest and Joshua Tewksbury of the University of Washington, and Damián Rumiz of the Museo de Historia Natural Noel Kempff Mercado, studied several sites within both contiguous and fragmented Chiquitano forests of southeastern Bolivia. To record animals, they used track-plots and camera-traps. 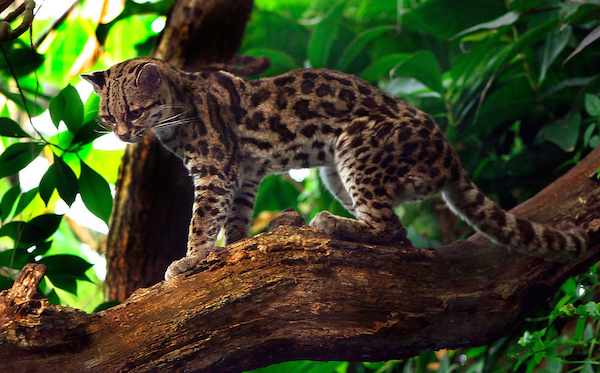 Smaller wins the race… in part

Conducted over two years, the study aimed to find out how hunting and fragmentation independently affect mammalian abundance and species richness, as well as animals were affected differently based on body size.

Expectedly, the researchers discovered that hunting had negative impacts on animal abundance and species richness, regardless of whether the forest was contiguous or fragmented. However, they found that fragmentation in hunted landscapes had mixed effects. Not only did it impact different animal populations in different ways, it also simultaneously reduced the abundance of some species while increasing the abundance of others.

Furthermore, the researchers discovered this fragmentation had differing effects on mammals depending on their body mass. Animals less than six kilograms (13.2 pounds) in size, such as armadillos (Dasypus novemcinctus) and small crab-eating foxes (Cerdocyon thous), were more abundant in these forests than in the control forests. On the other hand, animals over six kilograms, such as ocelots (Leopardus pardalis) and jaguars (Panthera onca), were recorded in far fewer numbers.

The study argues that this may due to be a combination of predator decline and diet change. As crops were found within the fragmented forests, the smaller animals, comprised of herbivores and omnivores, could have adapted to eating them. Additionally, the decrease in larger predators would have allowed a growth in their population. 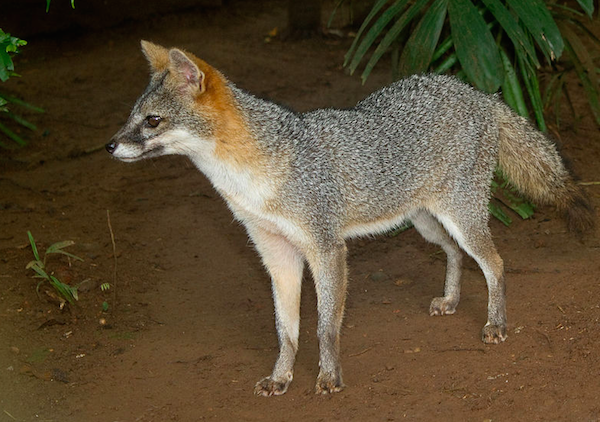 The researchers found a general surplus of smaller animals, like this crab-eating fox (Cerdocyon thous), in fragmented forest plots. Photo by Brian Gratwicke.

However, the researchers caution their findings may not show the whole picture. For instance, they were unable to study the effects of fragmentation in and of itself, as fragmented sites without hunting pressures simply did not exist. They also noted that the effects of fragmentation might take more than two decades to be visible, far longer than the span of the two-year study. In addition, there was no significant relationship noticed between animal size and hunting pressure.

Although there is a temptation to conclude that fragmenting forests could be used to increase species abundance, especially if a smaller animal species is in need of protection, the researchers said that the conditions of the fragmented and hunted landscapes they studied (i.e., a decrease in large predators and the presence of crops) may not be easily reproduced elsewhere. Furthermore, such a strategy might negatively impact other species that likewise need protection, as well as ecosystem health as a whole.

Rather, they hope their work will lead other researchers and habitat managers to reassess the methods they use when studying and managing ecosystems and include hunting as its own separate driver for population and species decline.

“Since protection of threatened species from hunting and fragmentation entails widely different management practices, failure to consider hunting might lead to false conclusions and ineffective management recommendations,” the authors write.