Tropical forests boast high levels of biodiversity. But often, even if they contain large numbers of species, the numbers of individuals of those species can be quite small. Restricted geographic ranges, high habitat specificity, and small local population sizes all contribute to the natural rarity of many tree species. Anthropogenic activities such as selective logging can compound this rarity by modifying habitats and altering the competitive balance among tree species. National parks are created in part to mitigate human disturbances and restore ecosystems to their previous, more natural states. 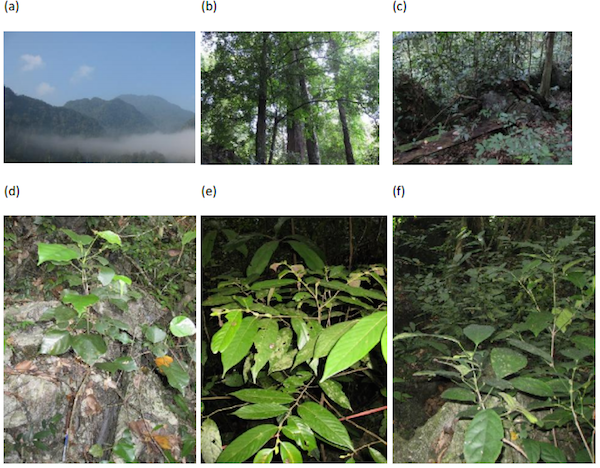 To study how rare tree species in the limestone forest of Xuan Son National Park in northern Vietnam fare after logging, the scientists selected five easily identifiable tree species of high conservation concern to focus on. Diameter at breast height, height, species identity, amount of tree canopy opening, and tree density were recorded in 20 random sampling plots within both the previously logged and un-logged areas. In addition, they measured soil and topographic factors that also affect tree growth, such as slope, aspect, elevation, and soil depth.

Three of the rare tree species studied (Excentrodendron tonkinense, Cukrasia tabularis, and Garcinia fagraeoides) are specialists for the limestone hills, and require very specific conditions to grow. The other two species (Parashorea chinensis and Melientha suavis) were generalists in that they did not show any specific trends based on the ecological variables studied, and were more widely dispersed throughout the forests.

The study attributes this discrepancy in growth rate to a number of possible factors. First, the specialist species prefer to grow in rocky places, which there were more of in the unlogged forest plots. Second, the seeds of many tree species are dispersed by animals, which logging activities tend to displace. Third, the researchers hypothesize that loggers may have selectively targeted larger, seed-bearing trees, thus limiting the abundance of the next generation.

Xuan Son National Park only became a nature reserve in 1986. Illegal logging occurred in the area until 2002, when more strict conservational measures were taken and the area was declared a National Park. While the land was formerly logged and, as a result, is still recovering, the paper does suggest that the area will continue to improve as long as it keeps its national park designation.

In their study, the researchers highlight the importance of rare species to ecosystems, and stress the need for their protection in Xuan Son and other at-risk forests.