But while selectively logged forests are indeed degraded, these disturbed forests are valuable ecosystems for many species, with higher biological productivity than previously thought, and merit increased conservation attention, argues a new paper published in Frontiers in Ecology and the Environment 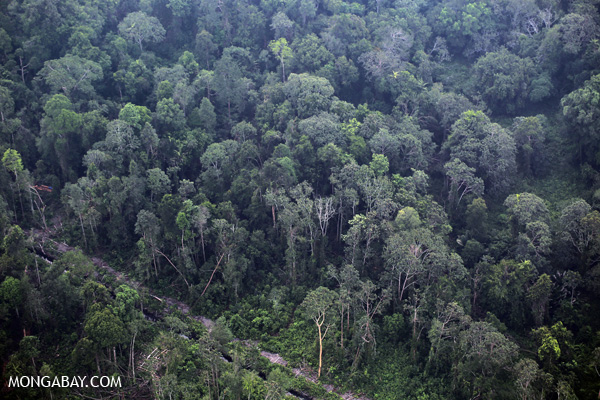 In his article, Dr. William Laurance of James Cook University, reports that more than 400 million hectares of tropical forest globally are now held in permanent timber concessions, of which at least 20 percent were selectively logged at some level between 2000 and 2005.

However, despite their conservation status, many of these areas are not effectively protected.

“In a 2012 study we published in Nature, we found that about half of the tropical forest reserves we studied around the world had relatively poor biodiversity ‘health’ – because the reserves weren’t well-defended and because the lands immediately surrounding the reserve were being logged, cleared, burned or over-hunted,” Laurance said.

Logging has been especially common in the Asia-Pacific region because of its stock of commercially valuable tree species. In addition, much of the developing world lives in and around tropical forests, which provides additional challenges to the protection of these areas.

“Even if we protect a reserve effectively, there’s still a price to be paid if human populations and impacts increase around the reserve… nature reserves tend to mirror the health of their surroundings,” Laurance said. 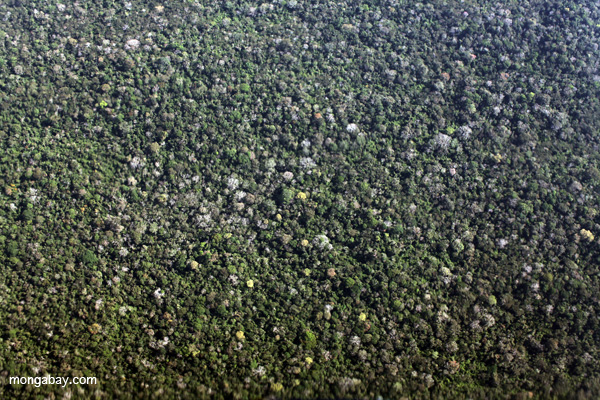 Selectively logged forest in Peru. Photo by Rhett A. Butler.

Selective logging involves cutting only trees that exceed a certain trunk diameter (typically 40-60 centimeters/15-24 inches). Occasionally, logging outfits will replant these commercially valuable tree species, but natural regeneration is also common. These timber cuts normally occur every 25 to 60 years, but may happen more frequently to coincide with an increase in timber market prices. Logging machinery, such as trucks and bulldozers, require the creation of roads in the forest, which further degrades the landscape, and opens the forest to other potential loggers.

Yet, despite the environmental impacts of selective logging, a growing body of evidence suggests that selectively logged forests are ecologically closer to old-growth forests than previously thought. Ecologists have often dismissed the conservation value of previously logged forests by suggesting that they host only modest levels of biodiversity. However, a meta-analysis published in Nature showed that selectively logged forests all over the tropics (Amazon, Africa, and Southeast Asia) are far more productive biologically than even agroforestry systems in which crops are grown within an unlogged forest.

Although population numbers of certain plant and animal species may be reduced, it is rare to see the disappearance of a species from an area because of selective logging.

“Some wildlife species, especially larger animals such as forest elephants and orangutans, can do well in logged forests if hunting is very limited,” said Laurance.

Studies have shown that logged forests even act similarly to old-growth forests in terms of carbon sequestration and hydrological services. 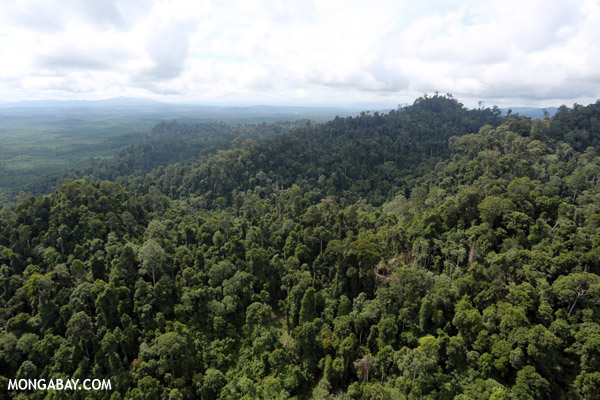 In his article, Laurance suggests several strategies to increase protection of logged forests and improve their management. The first is to simply buy land after it has been logged; this approach is often used by organizations such as the Rainforest Trust. Although most of the commercially valuable timber has been removed from these sites, biodiversity and ecological services remain, and can be increased through effective management and protection.

A cheaper alternative strategy is to place a greater priority on sustainable logging activities. Oftentimes, tropical forests are overexploited because timber corporations want to make a quick profit by taking timber and then immediately leaving a site — called a “cut and run.” According to Laurance, an effective alternative to this is would be the creation of a more sustainable, long-term project by reducing harvests and developing more domestic wood processing. He believes this approach would benefit local economies and improve ecological conditions, while increasing future timber yields.

With drastic declines in old-growth forests over the previous decades, those that have already been logged are often the only habitat options for many species.

“We need to emphasize how important these logged forests are for biodiversity and for their natural environmental values… It is unrealistic to conserve all tropical forests, but one can try to protect the most important places,” Laurance said.

“It is really a question of how much more forest are we going to lose?”

(04/29/2014) A new report from activist group, ForestEthics, alleges that U.S. company, 3M, supplies many of its products from endangered forests around the world. The NGO links 3M’s masking tape and sandpaper to caribou habitat in the boreal forests of Canada, Scotch-Brite sponges to a controversial paper mill in Brazil, and those ubiquitous Post-it Notes to allegedly poor logging practices in the U.S.