After his wife died of an aneurysm at the age of 25, Pedro Martin Ureta set about to plant her a legacy: a forest in the shape of a guitar (see below). His wife, Graciela Yraizoz—who gave him four children—suggested the idea shortly before her sudden death in 1977. While pilots have long marveled at the “guitar forest,” planted from some 7,000 cypress and eucalyptus trees in Argentina’s pampas ecosystem, now NASA has photographed the land art with its Terra satellite.

Argentina’s pampas is a subtropical grassland that is hugely fertile. Today much of the lowland savannah is used for ranching and agriculture. From 2000-2013, Argentina has lost nearly 4.7 million hectares of forest, according to the Global Forest Watch. The vast majority of this loss—an area larger than Denmark—occurred north of the pampas in the country’s Chaco region.

Pedro Martin Ureta, now in his 70s, has never seen his guitar forest from the air himself, as he’s afraid of flying. 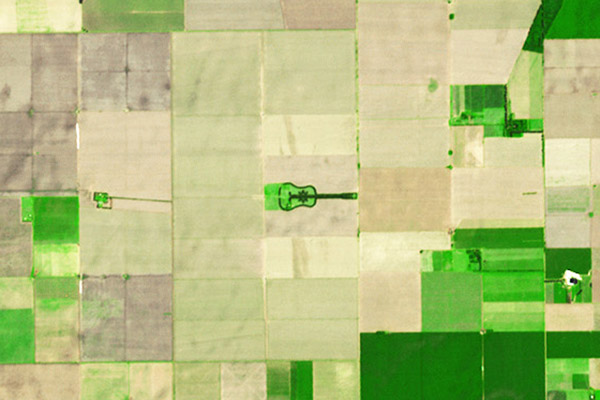 Pedro Martin Ureta’s guitar forest art is a tribute to his late wife who died tragically at the age of 25. The forest is over a kilometer long. Image by: NASA. 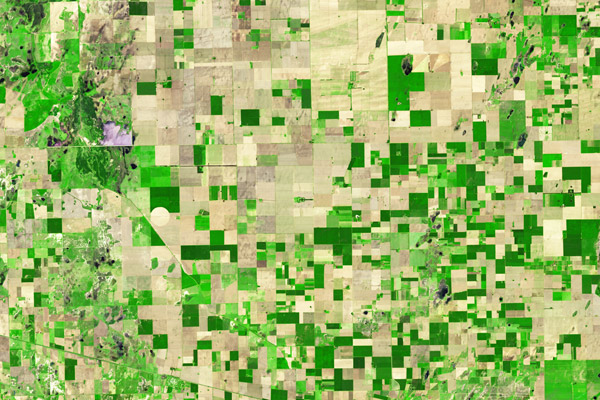 In this wider view, the forest can still be seen in the center. Image by: NASA.

(04/04/2014) The brown howler monkey is listed as Critically Endangered in Argentina, where a small number persist in the northeastern portion of the country. Although habitat loss and other human impacts have contributed to the populations’ decline, a new report indicates that yellow fever outbreaks in the region are primarily to blame.

Jaguars in Argentine Chaco on verge of local extinction

(12/23/2013) The majestic jaguar (Panthera onca), the largest of the New World cats, is found as far north as the southern states of the US, and as far south as northern Argentina. In the past jaguars ranged 1,500 kilometers (930 miles) further south, but their range has shrunk as habitat loss and human disturbance have increased. Overall, jaguars are classified as Near Threatened by the IUCN, but the level of risk facing jaguars varies by region. Populations in Argentina, at the present-day southern range limit, have previously been identified as some of the most threatened of them all.