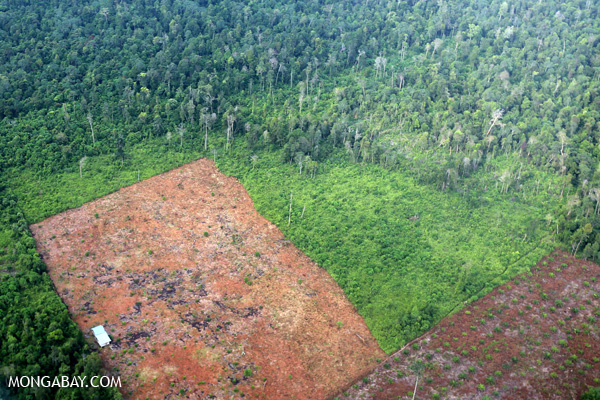 New oil palm plantation in the GSK landscape. Photo by Rhett A. Butler.

An important reserve that contains a block of fast-dwindling lowland swamp forest in Riau Province is facing an onslaught of encroachment for illegal oil palm plantations, worsening choking haze in the region, reports Mongabay-Indonesia.

Giam Siak Kecil Biosphere Reserve (GSK), a tract of peat forest and swampy lakes known for its rich array of wildlife, is suffering from large-scale encroachment, according to Indonesia’s Minister of Forestry, Zulkifli Hasan, who spoke will visiting an emergency command post in Riau where firefighting efforts are being coordinated.

“Now there are 2,000 people from North Sumatra are opening in the reserve forest area in Riau,” he was quoted as saying by Indonesian state media. “They penetrated the forest land and then burned for palm oil plantations.” 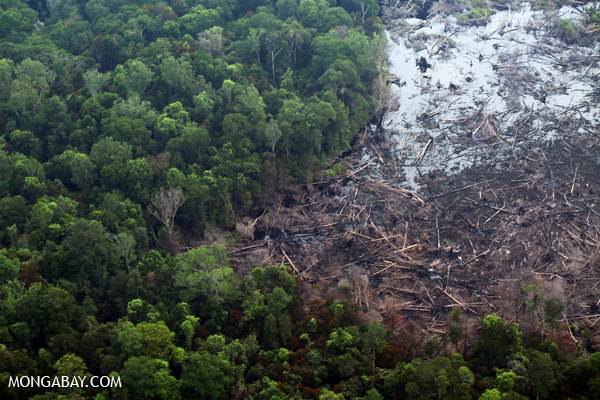 Clearing for oil palm within GSK. Photo by Rhett A. Butler.

Giam Siak Kecil Biosphere Reserve is jointly managed by the Indonesian government and companies owned by APP’s pulpwood suppliers. Both the government and APP — which has been supporting the development of the reserve and funding several programs — have been frustrated by the increase in illegal clearing by migrants in the area.

Asia Pulp & Paper (APP), part of Sinar Mas Group, maintains active patrols in the area but is only responsible for managing part of GSK. Having established a moratorium on natural forest clearing last year, APP is now particularly sensitive to deforestation in any areas under its control, but its ability to take action is limited, according to Aida Greenbury, APP’s Managing Director of Sustainability & Stakeholder Engagement.

Our role is to make sure that the conservation area in our concession, or inside our suppliers’ concessions stays intact. If there is any encroachment by the local community, we need to be able to engage them,” she said last month during an event marking the one year anniversary of APP’s forest conservation policy. “But our action is also very limited, we can report it to the authority but that’s about it. We have no rights to arrest them or relocate them.”

Encroachment is widespread in Indonesia’s protected areas due to poor management, corruption, weak law enforcement, and lack of recognition of traditional land rights. A study published in 2012 concluded that parks in Sumatra were no more effective at reducing deforestation than logging concessions. 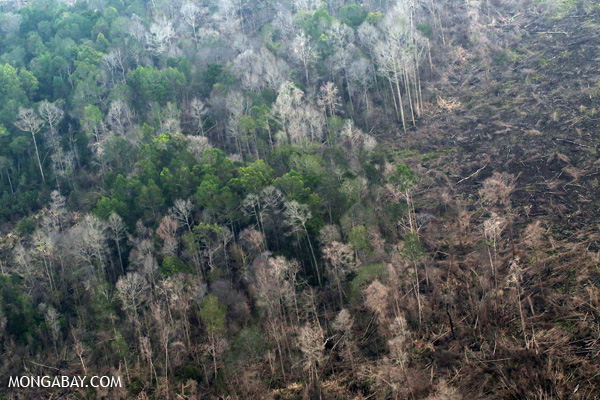 Cleared and burned forest within GSK. Photo by Rhett A. Butler. 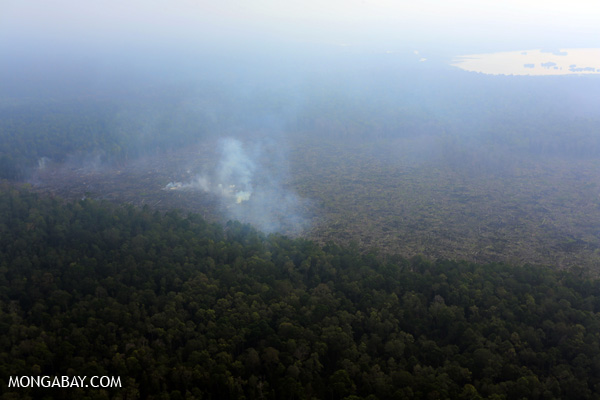 Illegal clearing with fire within GSK in February 2014