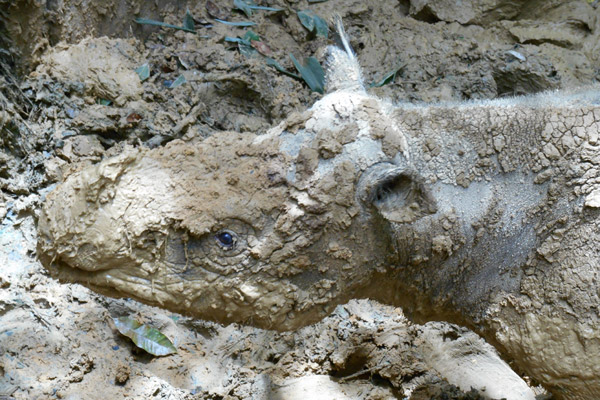 Iman wallowing in the mud. Photo by: John Payne/BORA.

Hopes for one of the world’s most imperiled megafauna rose this month when wildlife conservationists succeeded in catching a female Sumatran rhino named Iman in the Malaysian state of Sabah. The female, which experts believe to be fertile, has since been successfully transferred via helicopter to the Borneo Rhino Sanctuary where experts plan to mate her with the local male, Tam. Located in Tabin Wildlife Reserve, the Borneo Rhino Sanctuary is an uncompleted semi-wild enclosure and home to one of several last-ditch efforts to save the vanishing species from extinction.

“Iman is healthy, but nervous, and will need quite a while to adapt to captive conditions,” John Payne, the executive director of the Borneo Rhino Alliance (BORA) told mongabay.com. “The presence of Tam in particular seems to make her fearful.”

Experts believe that no more than a hundred Sumatran rhinos (Dicerorhinus sumatrensis) are left on the planet, spread out in tiny populations across Borneo, Sumatra, and possibly peninsular Malaysia. Although the rhinos were decimated by deforestation and poaching in the past, today experts say the scarce and fragmented nature of their populations is their biggest threat. This situation has led both Sabah and Sumatra to set up semi-wild sanctuaries in a desperate attempt to bring together male and female rhinos for breeding purposes. The Sumatran sanctuary has had one major success: in 2012 a baby male was born. However, Sabah has yet to see a successful reproduction.

“The [Sabah] State Cabinet agreed in March 2013 that the only way we can ensure that every Sumatran rhino in Sabah plays a role to save the species is to bring all of them into a managed, fenced facility, with the necessary local and global expertise and collaboration to breed them,” explained Masidi Manjun, Sabah’s Minister of Culture, Tourism and Environment.

To this end, conservationists spent nearly eight months attempting to trap Iman, who is named after a river near where she was discovered in Sabah’s Danum Valley.

“Based on initial examination, we strongly believe that Iman is fertile, with insignificant cysts in her reproductive tract. This is a big boost for Sumatran rhinos,” said Payne. Prior to the successful capture of Iman, Sabah had been planning to send Tam overseas to the Cincinnati Zoo in an attempt to mate him with the female there, Suci. However, if Iman indeed proves fertile it’s likely Tam will stay in Sabah for the time being.

“Once Iman is settled into Tabin, we will review all the potential options on how she can best contribute to her species. We hope that this success will act as a boost to international collaboration on the Sumatran rhino,” said Laurentius Ambu, Director of the Sabah Wildlife Department (SWD).

The rhinos are currently housed in temporary facilities, because permanent buildings&#8212promised since 2009&#8212have yet to be built. Funding for the temporary facilities has come from the Sime Darby Foundation and the Sabah Forestry Department. The effort to capture Iman was a statewide collaboration between SWD, BORA, WWF Malaysia, Yayasan Sabah, and Sabah Forestry Department.

Success is hardly inevitable, however. In December, 2011, conservationists captured another female rhino, Puntung, and brought her to the sanctuary with the same intent of mating her with Tam. But after two years of work, pregnancy has proved elusive.

“Puntung is fertile but her endometriosis will make achievement of pregnancy very difficult,” explained Payne. Many Sumatran rhino females have reproductive problems, including cysts, likely due to a lack of mating. Still, the arrival of Iman doesn’t mean that Puntung is shoved aside. The group is planning on attempting to artificially inseminate Puntung with Tam’s or another Sumatran rhino male’s sperm.

Within these captive breeding efforts in Sumatra, Sabah, and Cincinnati—which all told house ten individuals, or around 10 percent of the global estimated population—scientists are planning an even more ambitious step: mixing subspecies. Currently the rhinos found on Borneo are considered a distinct subspecies—Dicerorhinus sumatrensis harrissoni—from the ones found in Sumatra—Dicerorhinus sumatrensis sumatrensis—however, scientists and governments have agreed in principle that it’s time to mix the subspecies.

In fact, Payne says the Bornean subspecies is very close to the edge with likely less than ten individuals left and “of those, most would be non-breeders, due to isolation or reproductive tract pathology.”

“Every new step, or achievement, or opportunity with Sumatran rhinos changes the array of options and the current best option,” Payne said. “Certainly, all effort must be geared to saving the species, irrespective of whether the rhino lives in or comes from Indonesia or Malaysia. Saving the species will happen only if national, emotional and other irrational barriers are abandoned.” 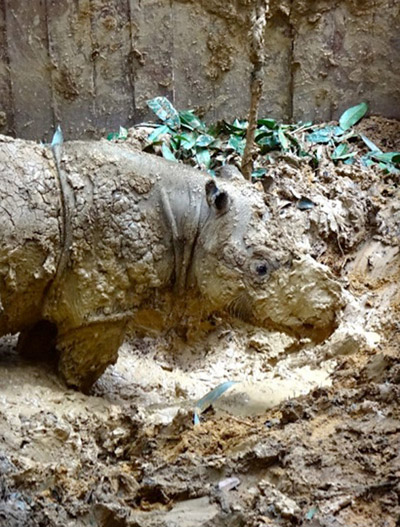 Iman in her wallow. Photo by: SWD. 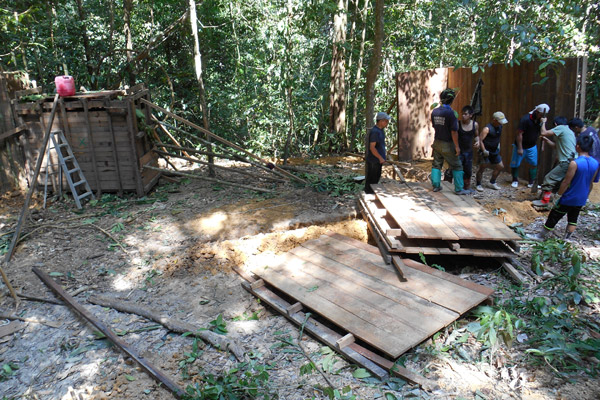 Building the crate to airlift Iman from Danum to Tabin. Photo by: John Payne. 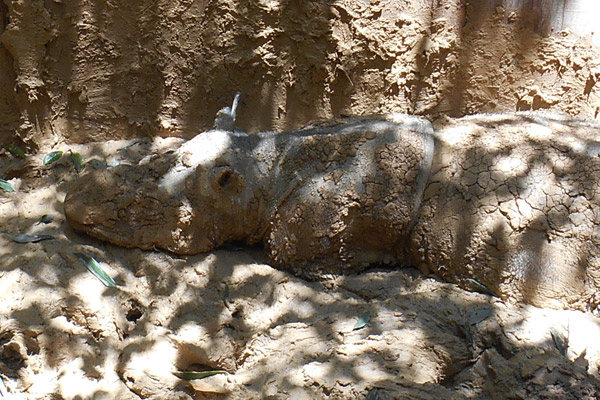 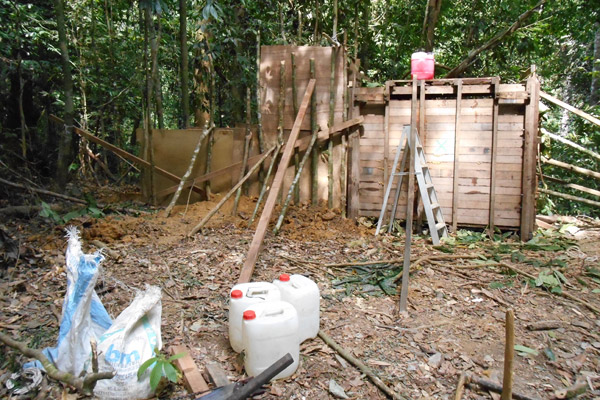