In May 2011, a young male Bengal tiger (Panthera tigris tigris) made its way to a village in the state of Karnataka in India. The tiger had been quite a hiker. To reach the village, it had walked more than 280 kilometers (174 miles) from Bandipur Tiger Reserve, a protected area famous for these elusive big cats.

Understanding where the tiger had begun its marathon had not been very difficult. Once it was caught in the village by the forest department staff, a team of wildlife scientists matched its unique fingerprint-like stripe pattern with the stripe patterns of all tigers in their voluminous camera-trap photo-database. They soon found a match. The tiger was last “seen” by a camera in Bandipur in February 2010. 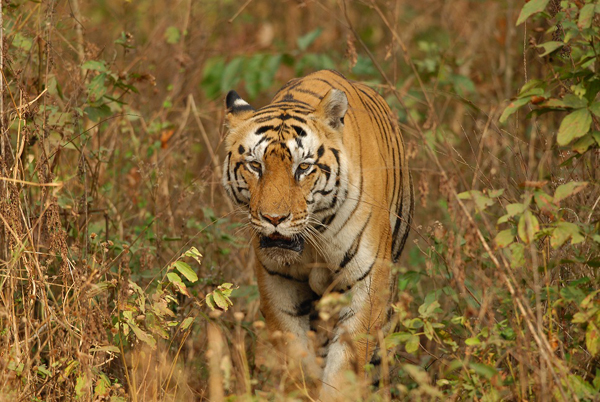 Sometime between then and May 2011, it had managed to reach the village traveling through large human settlements, highways and agricultural fields, unnoticed.

While such long distance movements of tigers elicit awe, they are not uncommon. In fact, treks like these could indicate that tiger populations may be connected to each other, despite existing primarily in far removed islands of protected areas surrounded by dense human inhabitation. Or these could simply be isolated events.

A team of scientists in India set out to test this. Only this time, they used material that was more easily available than camera-trap images, material that, like a tiger’s unique stripe pattern, has its own unique signature. The material was tiger scat, and the signature was DNA.

Between 2009 and 2010, the researchers walked dirt roads and trails inside six parks across Central India, collecting every fresh tiger dropping they encountered. These scats, they knew, could be a source of myriad information. Fresh droppings contain cells from the intestinal linings of animals, from which scientists have learned to isolate and purify DNA. This DNA can then go on to reveal some very interesting stories, like it did for this team of researchers.

“The important thing about this paper is that it’s the first time that the impacts of landscape have been explicitly evaluated in the context of connectivity in tigers,” Uma Ramakrishnan, part of the team and a population geneticist at the National Centre for Biological Sciences (NCBS) in Bangalore, told mongabay.com.

Ramakrishnan and her team, in their recent study published in PLoS ONE, chose the Central Indian landscape to answer their questions – were tiger populations connected to each other? And if yes, then what landscape factors were likely to affect this connectivity? 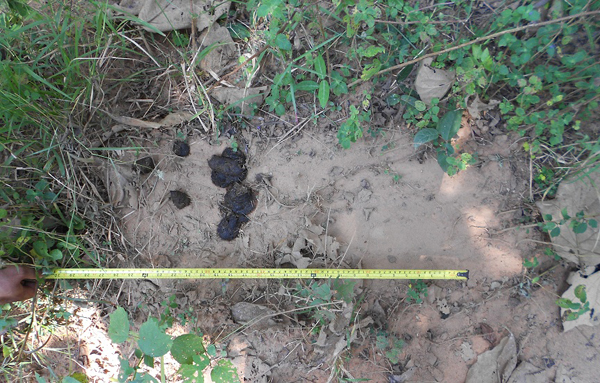 “This landscape has a matrix of protected areas of varying sizes and tiger populations, forest fragments, forest corridors and multiple land-use areas including human settlements,” said Aditya Joshi, lead author of the study, and a graduate of the Wildlife Biology and Conservation Program at NCBS. “This provided a good setup to test our objectives.”

Back at their lab in Bangalore, the researchers screened 96 scat samples they had collected for tiger-specific signatures, yielding 48 samples that truly belonged to tigers.

From the genetic profile of these 48 DNA samples, they identified 33 individual animals. They added additional samples from 22 others they had collected within the same landscape during previous studies, resulting in a DNA pool of 55 tigers.

Next, the researchers conducted genetic tests to see if any of these tigers were migrants. These tests would tell them if these big cats had indeed moved between the parks through human-dominated landscapes within the last generation. They were amazed by the results. 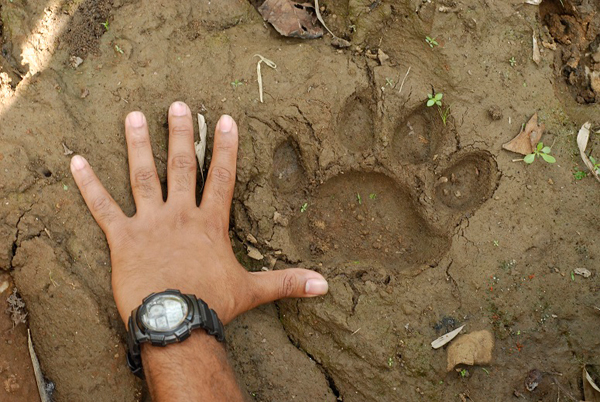 Not only did they detect migrant tigers between reserves in close proximity to one another, but they found that migration had occurred between reserves that were separated by more than 690 kilometers (430 miles).

Of the ten potential migrants that their tests detected, 70 percent of the dispersers either came from or went to Kanha Tiger Reserve (KTR), the park with the highest prey and tiger density among their study sites. The authors note in their paper that this could suggest “populations with high density will participate more actively in maintaining connectivity.”

Similarly, the movement of tigers from a park like Nagarjunasagar-Srisailam Tiger Reserve (NSTR), which has low prey density, to KTR could indicate that tigers perhaps are seeking out better habitats.

“It is pretty amazing to see that populations that seem so far away are still connected, and that we were able to discern impacts of human footprints on the landscape on connectivity,” said Ramakrishnan.

Sandeep Sharma, a postdoctoral research associate at Clemson University, feels that the findings of this study are similar to those from his research that also took place in Central India.

“It’s not surprising that these tiger populations are still connected,” Sharma said. “In our study we found connectivity in this landscape not only for tigers but for leopards too, and this connectivity has maintained historical rates of gene flow.”

But there was an inconsistency in their results. One protected area, Tadoba-Andhari Tiger Reserve (TATR), located in the middle of the six-park matrix, seemed untouched by tiger migration. It showed no immigrants or emigrants.

Joshi’s team attributes in part this lack of connectivity in TATR to the fact that other protected areas nearby were not sampled. 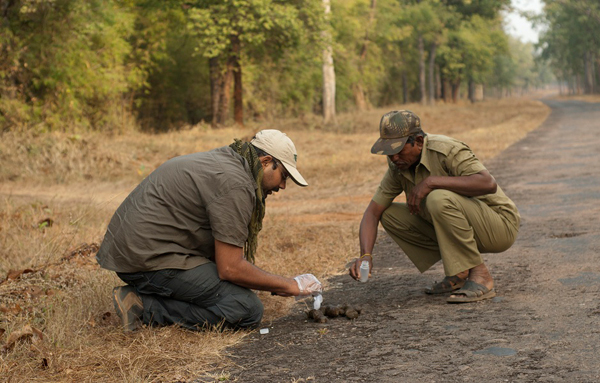 The authors acknowledge another limitation.

“One possible concern with our study is the relatively low sample size,” Joshi said. “But at the same time we have used 14 microsatellite loci [molecular markers in DNA that can detect splitting up of populations], which is highest among these kinds of studies on tigers.”

“Also, most of the studies on tiger-genetics have mostly talked about tiger individuals moving in a given set of protected areas,” he added. ”Our study goes beyond that. It identifies the factors that influence tiger-connectivity which is critical for on ground conservation activities.”

With models constructed by using Geographic Information System (GIS) technology, Joshi and his team determined that high human densities and roads were detrimental to connectivity between the parks. This could mean that with increasing density of human settlements, connectivity between populations of tigers within various protected areas could worsen.

The way out, according to the authors, is to broaden the current management strategies. These strategies must not only address tiger numbers within protected areas, they must also focus on improving the landscape and habitats between the parks. This intermediate matrix between parks is critical for connectivity between tiger populations.

“We are working on a huge sampling effort right now, all the way from Madhya Pradesh [in central India] to Kerala [in south India],” Ramakrishnan said. “I am very excited about these efforts, and I am sure the data will be very important in further understanding tiger connectivity.”

(02/01/2014) A young Sumatran Tiger (Panthera tigris sumatrae) was shot and killed by a coffee farmer in Jambi Province. With an estimated 400 individuals left in the wild, the species is Critically Endangered, while habitat loss increasingly forces them into populated areas to search for food.

(01/14/2014) At a summit in 2010, the world’s 13 tiger range states pledged to double the number of tigers (Panthera tigris) in the wild by 2020. Today, non-tiger state Germany announced its assistance toward that end. Through its KfW Development Bank, the German government has pledged around $27 million (20 million Euro) to a new program run by the International Union for Conservation of Nature.