Small fragments of plastic waste are damaging the health of lugworms, putting a key cog in marine ecosystems at risk. Published in Current Biology, a new study by scientists at the University of Exeter and the University of Plymouth shows the impact of microplastics on the marine worms’ health and behavior. By exposing specimens to contaminated sediment in a laboratory, the researchers were able to observe a 50 percent reduction in energy reserves and other signs of physical harm.

According to the study, the lugworms feed less and breed less in areas heavily contaminated by microplastics and the harmful chemicals used to manufacture them. These include plasticizers, dyes and antimicrobials which, when discarded into the ocean, may also harm a multitude of sea creatures both large and small.

When plastic litter breaks down into pieces smaller than five millimeters in diameter, it becomes known as microplastics. Such microplastics have spread across the planet and researchers have only begun to discover the extent to which they are affecting marine wildlife. Small animals regularly mistake microplastics for food. Because plastic takes up room in their digestive systems without providing any nutrition, the animals that consume it are at risk of illness, malnourishment and starvation. Given that it is estimated that plastic makes up to 60-80 percent of all ocean debris, the impact on ecosystems could become a formidable challenge for environmentalists across the globe.

Lugworms are an important food source for many marine species, and play a pivotal role in maintaining sediment quality. Because of their foundational position, reductions in lugworms would likely be echoed by impacts on many ocean communities. 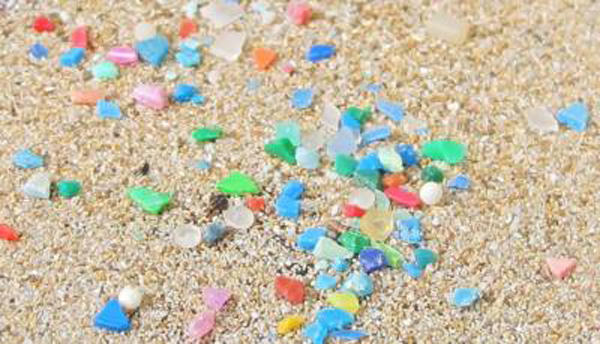 “They are the earthworms of the sea; they keep the sediment healthy for other animals and microorganisms to thrive in,” says Tamara Galloway of the University of Exeter and co-author of the report. “These effects could cause populations to decline with knock-on effects for predators. Reduced feeding also means the sediment is being re-worked less. The condition of the sediment could fall, leading to a decline in the communities which live in it.”

The findings of this study could represent an ominous precedent, as it is likely that many other small animals are being impacted in similar ways with similar ecological consequences. 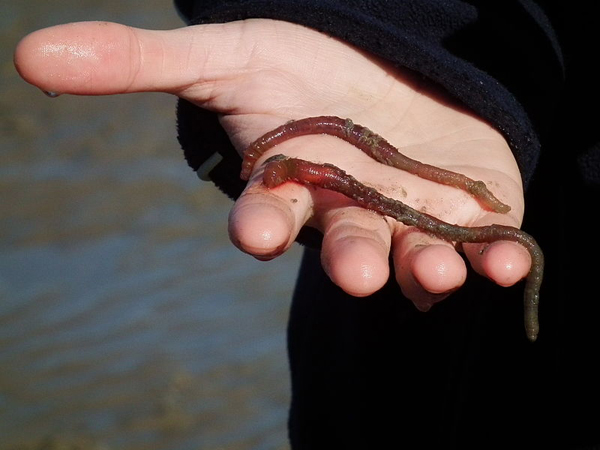 “There are many other species which adopt a similar feeding behavior to lugworms, such as some sea stars, sea cucumbers, fiddler crabs and other marine worms, all of which could be at risk of ingesting microplastics and the chemical burden they might carry. These animals tend to play important roles at the base of marine food webs,” warns Galloway.

While it is very difficult to retrieve plastic waste from the world’s oceans, Galloway is convinced that it isn’t too late to make a serious difference, telling mongabay.com “if we tightened up our waste management practices and stopped throwing away so much plastic waste, we wouldn’t have this problem.”

The making of Amazon Gold: once more unto the breach

(02/19/2014) When Sarah duPont first visited the Peruvian Amazon rainforest in the summer of 1999, it was a different place than it is today. Oceans of green, tranquil forest, met the eye at every turn. At dawn, her brain struggled to comprehend the onslaught of morning calls and duets of the nearly 600 species of birds resounding under the canopy. Today, the director of the new award-winning film, Amazon Gold, reports that “roads have been built and people have arrived. It has become a new wild west, a place without law. People driven by poverty and the desire for a better life have come, exploiting the sacred ground.”

(01/29/2014) On December 17th, officials first discovered a massive oil spill in the Caribbean-island nation of Trinidad and Tobago. Since then, a series of oil spills have been discovered, coating beaches, sullying mangrove forests, and very likely decimating wildlife in Trinidad’s Gulf of Paria. The oil spills have been linked to the state-owned oil company, Petrotrin, which has claimed that sabotage is behind at least two of the spills. However Trinidad and Tobago’s Environmental Management Authority has recently slapped the company with a $3.1 million fine by for the damage, while some politicians have called for an independent investigation into the slew of spills.

(01/17/2014) Chile is probably best known for its volcanoes, earthquakes and the formidable peaks of the Andes, but as a country that spans 4,300 km (2,670 miles) from top to bottom, it also boasts a huge variety of bird life. And, until recently, it was home to what was thought to be the largest population of black-necked swans (Cygnus melancoryphus) in South America. Not long ago, these swans, as well as 100 other species of rare or vulnerable bird species, could be seen nesting in the Carlos Anwandter Nature Sanctuary in Valdivia, a Ramsar site that covers 12,000 acres in the south of Chile. But in 2004 the swans began to die.