Old, large trees may be even more important ecologically than long-believed, according to a new study in Nature. Looking at over half a million individual trees from over 400 species (both tropical and temperate), scientists have determined that most trees actually grow faster in their dotage than in their youth.

“In human terms, it is as if our growth just keeps accelerating after adolescence, instead of slowing down,” explains lead author Nate Stephenson with U.S. Geological Survey Western Ecological Research Center. “By that measure, humans could weigh half a ton by middle age, and well over a ton at retirement.”

Scientists have long-believed that as trees age their growth slows down, but the new study found that in fact 97 percent of trees (out of 403 species) see their growth speed up after maturity.

“Rapid growth in giant trees is the global norm, and can exceed 600 kg per year in the largest individuals,” write the researchers.

This comes with big ecosystem consequences: the older the tree the more carbon it sequesters every year.

“Large, old trees do not act simply as senescent carbon reservoirs but actively fix large amounts of carbon compared to smaller trees,” the scientists write, “at the extreme, a single big tree can add the same amount of carbon to the forest within a year as is contained in an entire mid-sized tree.”

Old trees are vanishing worldwide. Not only are these often the first trees cut down by loggers, but they are also particularly vulnerable to drought and wildfires, both of which are thought to be occurring more frequently and intensely due to global warming. A study last year in Science warned that the world was at risk of losing its arboreal giants.

“Just as large-bodied animals such as elephants, tigers, and cetaceans have declined drastically in many parts of the world, a growing body of evidence suggests that large old trees could be equally imperiled,” the scientists wrote. 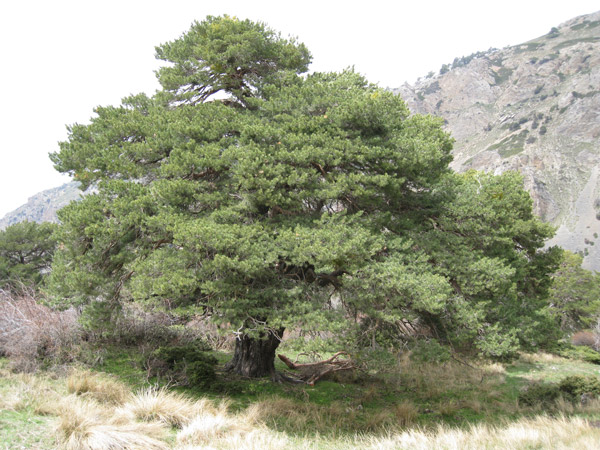 (11/12/2013) The Amazon rainforest is so vast, and so diverse, that seemingly simple questions— such as which species of trees are most common— remain unanswered. Researchers are finally seeing the forest and the trees after an international collaboration of 120 scientists teamed up to compile the largest tree survey ever assembled from the Amazon.

Recovering forests ‘heal’ themselves by speeding up nitrogen fixation

(10/08/2013) Nitrogen is colorless, odorless and tasteless, but all life on earth depends on it. Without it, our bodies cannot synthesize the nucleic acids that make up our DNA, or the protein-forming amino acids that are the very building blocks of our cells. Problematically, atmospheric nitrogen is relatively inert or nonreactive. This has created a unique biological dependency on a process called nitrogen fixation—where inert nitrogen from the atmosphere is converted into more reactive ammonia, a major component of soil fertilizers.

(07/30/2013) Oil palm plantations have extinguished the last habitat of a rainforest tree in Malaysia. Last week the Forest Research Institute Malaysia (FRIM), a state agency, announced that the last stands of keruing paya (Dipterocarpus coriaceus) in Peninsular Malaysia were wiped out when Bikam forest reserve in Perak was cleared for oil palm plantations.