Scientific American magazine recently ran an article on the rediscovery of the smoothtooth blacktip shark (Carcharhinus leiodon) in a Kuwaiti fish market. Believed extinct for over 100 years, the smoothtooth had not been seen since the naturalist Wilhelm Hein returned from a trip to Yemen in 1902. With its reappearance, scientists scoured Kuwaiti markets and discovered an astounding 47 individual smoothtooth blacktips.

Studying the dead sharks has helped scientists make various discoveries about this virtually unknown species’ natural history, such as how many pups they bear and how they use their habitat. This information has helped scientists put together a conservation action plan for the smoothtooth blacktip shark. 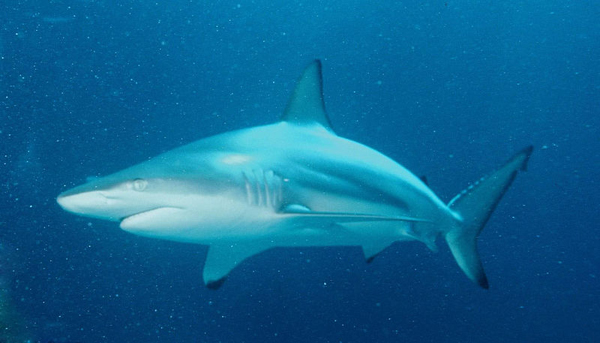 Another species of blacktip shark (Carcharhinus limbatus). Photo in the public domain.

Amazingly, this isn’t the first time a long lost species has reappeared in a food market. Here are some other astonishing examples:

In 2008, a film crew gathering footage for a documentary on bird trapping in the Philippines took some photos and video of a small nondescript bird before it was sold at a poultry market to be eaten. When an ornithologist from the Wild Bird Club of the Philippines saw the film, he was aghast: it was the Worcester’s buttonquail (Turnix worcesteri), a species believed extinct. Belonging to the famously cryptic Turnicidae family, Worcester’s buttonquail may continue to survive undetected, or it may not.

In addition to yielding rediscovered species, markets sometimes reveal totally undiscovered animals. A master’s student from a 2012 team from the National University of Laos found the first ever Laotian flying squirrel (Biswamoyopterus laoensis) while on a trip specifically to look through meat markets for animals of interest to science. The Laotian flying squirrel is only the second member of its genus (Biswamoyopterus), and has never been seen alive.

Only found on the Arakan hills of western Myanmar, the 1994 rediscovery of the Arakan forest turtle (Heosemys depressa) in a Chinese food market marked the first time the creature had been seen since a British army officer collected one in 1908. The tiny turtle has since been observed by scientists in the wild.

When a species goes undetected for a hundred years before reappearing, we’re left in awe; but consider the story of the coelacanth, which was presumed extinct for 65 million years. Known to scientists from fossils, the coelacanth (Latimeria chalumnae) was first made known to science in the flesh in the catch of an angler in eastern South Africa in 1938. Believed to have disappeared in the Late Cretaceous period, a second species of coelacanth (Latimeria menadoensis) was discovered in 1998.