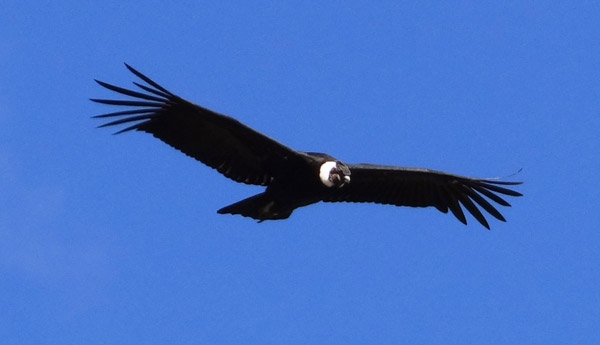 Conservationists have acquired a 2,800-ha (7,000-acre) property that completes the acquisition of some 108,000 ha of key Andean Condor habitat in Ecuador.

The lands will serve as a buffer zone for the Antisana Ecological Reserve, an area that protects 140,000 ha of high-altitude forests, canyons, and páramo grasslands around the 5,758 m (18,714-foot) Antisana Volcano. The reserve bridges two large protected areas — Cayambe Coca Ecological Reserve to the north and Sumaco National Park — that support the largest population of Andean Condor in the northern Andes, according to the American Bird Conservancy, which was one of several groups involved with the acquisition.

“The land purchase became a priority following the remarkable discovery that the most significant population of Andean Condors north of southern Peru and Bolivia was on Hacienda Antisanilla. Up to 30 condors nest and roost on the cliffs at Antisanilla, representing over 50 percent of the condor population in all of Ecuador,” said the American Bird Conservancy in a statement. “This discovery quickly became a high-profile issue that was remarkably coincidental with Hacienda Antisanilla being for sale. The partners jumped at the opportunity to protect the land in perpetuity.” 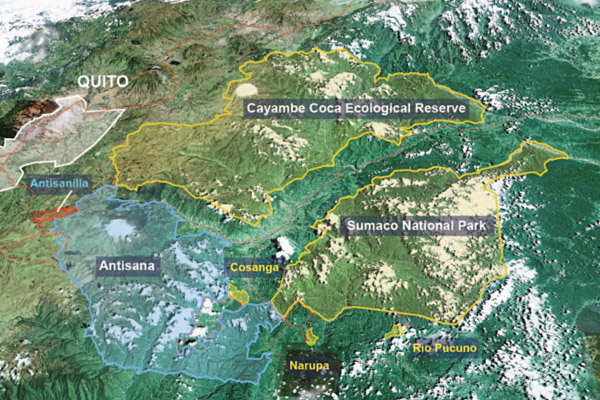 Rocio Merino, Executive Director of Fundación Jocotoco, an Ecuadorian NGO that is leading the project, says that the large population of Andean Condors in the area made it possible to rally various groups to raise funds for the reserve.

“The condor is an extremely important bird for Ecuador, much like the Bald Eagle is for the United States,” Merino said in a statement. “It is a symbol of the country and is even on the national coat-of-arms. Without question, it captures the imagination of Ecuadorians unlike any other animal. Protecting it was a major motivating force behind so many people coming together to make this happen.”

The area is also home to other charismatic species, puma, Andean wolf, the woolly tapir, and spectacled bear, as well as endemic frogs, according to the Rainforest Trust.

“Antisana is of critical global importance for biodiversity and highlighted as an Alliance for Zero Extinction site due to the presence of no less than three species of threatened frogs found nowhere else,” said the group in a statement. “Sadly, the black andean toad (Atelopus ignescens), once common in Antisana, has already gone extinct.” 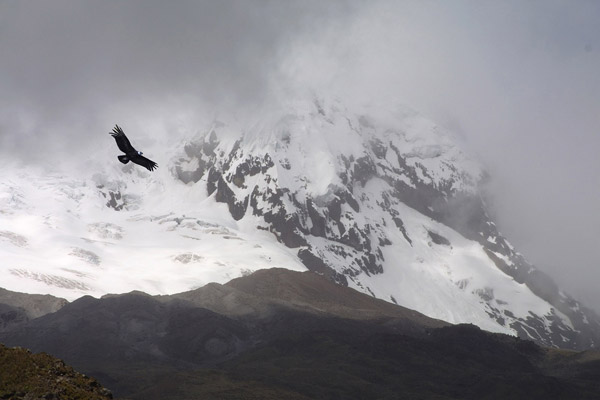 Conservationists plan to remove cattle from the newly acquired lands, replacing them with llamas and alpacas, to enable the recovery of native grasses. Rangers will help combat poaching and fires in the area.

“Fortunately, the protection of this new property will buffer the Antisana Reserve and help control access to the land. Gradually, this will reverse the process of ecosystem degradation caused by fire,” said Benjamin Skolnik, American Bird Conservancy’s Ecuador Director. “It will also help limit illegal hunting that has impacted populations of important wildlife.” 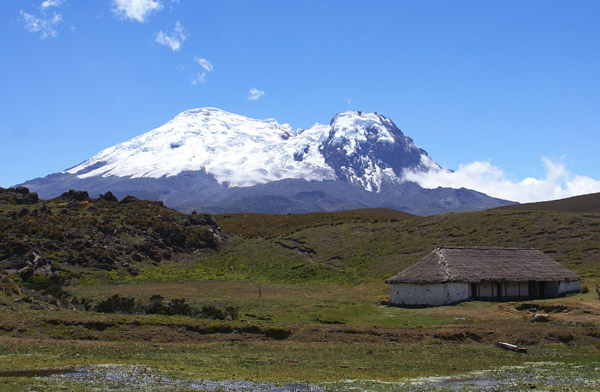 View of the Antisana Volcano. Photo courtesy of Fundación Jocotoco

Groups also hope to expand ecotourism in the reserve. Jocotoco already has a thriving birdwatching and ecotourism program that attracts more than 7,000 Ecuadorian tourists a year.

“Proximity to Quito will allow weekend visitors to experience the exceptional beauty of the high-elevation grasslands and to witness the inspiring flight of the condor,” noted the American Bird Conservancy. “The neighboring Guaytara property operates a restaurant and hotel from which guests can easily access the new Antisanilla Reserve.”

An added benefit of the reserve is protection of an important source of water for Quito, according to Rainforest Trust CEO Paul Salaman.

“This enormous land protection project is even more significant as not only does it help to protect the most critical source of water for the ever-expanding city of Quito but it also connects to two adjacent protected areas, Cayambe-Coca Ecological Reserve and Gran Sumaco National Park,” said Salaman. “Combined, these protected areas safeguard 1.8 million acres of biologically diverse Andean and Amazonian ecosystems.”