Chile is probably best known for its volcanoes, earthquakes and the formidable peaks of the Andes, but as a country that spans 4,300 km (2,670 miles) from top to bottom, it also boasts a huge variety of bird life. And, until recently, it was home to what was thought to be the largest population of black-necked swans (Cygnus melancoryphus) in South America.

Not long ago, these swans, as well as 100 other species of rare or vulnerable bird species, could be seen nesting in the Carlos Anwandter Nature Sanctuary in Valdivia, a Ramsar site that covers 12,000 acres in the south of Chile. But in 2004 the swans began to die. When the World Wildlife Fund’s Global Toxic Program visited in 2005, they found only four swans in the sanctuary from what was estimated to have been 4,000 previously. What had caused it? Autopsies on the birds revealed high levels of iron and heavy metals. Later the public discovered that a newly opened pulp mill, owned by CELCO, one of Chile’s largest timber conglomerates (part of Celulosa Arauco Constitución), had been dumping dioxins and heavy metals into the Cruces River—an illegal practice—via a system that had not been approved by authorities. The same river feeds the Carlos Anwandter Nature Sanctuary. 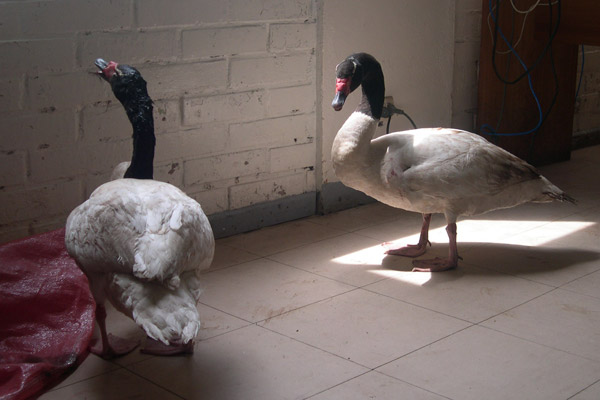 Although the plant was temporarily closed in 2005 and the chief executive resigned amid the scandal, the prosecution system moved slowly. Locals say that it seemed officials were dragging their heels in getting the case to court. Investigators from the World Wildlife Fund’s Global Toxic Program confirmed findings from the Austral University of Chile that stated pulp waste from the CELCO plant was responsible for the disaster. Biologists and chemists concluded that contaminants led to a massive die-off of luchecillo—an aquatic plant that features heavily in the black-necked swan’s diet. The experts called on the Chilean government and CELCO to take immediate measures to try to protect the sanctuary from further pollution.

In 2007 CELCO agreed to pay 614 million pesos (equivalent to more than a million U.S. dollars) to Valdivian tourist companies. In exchange for payment, the tourist companies signed a document exempting CELCO from responsibility for the contamination of the Cruces River. CELCO also agreed to pay 2 million pesos (nearly U.S. $4,000) each month for three years to promote tourism.

But while CELCO bosses may have thought that was the end of the issue, locals weren’t happy to leave it there. They set up a campaign group to highlight and publicize their concerns (Accion por los Cisnes) and continued to complain to government officials as well as the board of directors at CELCO that the case had never gone to court. Those efforts paid off in several ways. 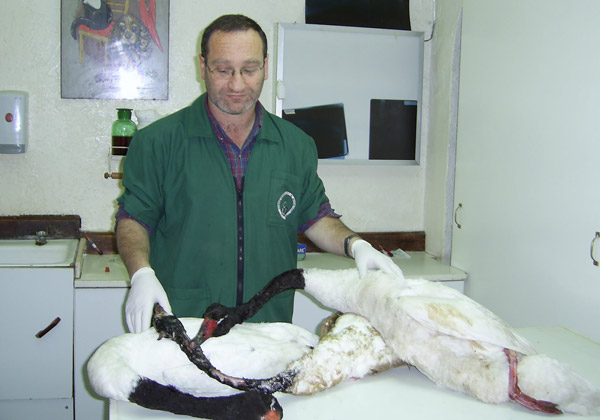 This year the Consejo de Defensa del Estado (state defense council) finally filed a lawsuit against Celco. The presiding judge, Gloria Hidalgo, of the Civil Court of Valdivia ordered a series of measures to mitigate the damage to the wetlands. The first step, she said, was to conduct a study within one year, undertaken by an interdisciplinary committee of experts —biologists, chemists and others—to oversee any progress or further damage. Secondly, Celco was ordered to create an artificial wetland, appropriate for native species, upriver from where the dumping occurred in the Cruces River. A monitoring program of environmental impact within a five-year period must also be undertaken. Finally, the company was ordered to partly fund a new research center focused on the wetlands, as well as a community program.

“It has been widely acknowledged that the Valdivian conflict marked a turning point in the history of Chilean environmental institutions,” says Claudia Sepúlveda, spokesperson for Accion por los Cisnes. “Celco-Arauco is the largest timber company in Chile and the second largest producer of cellulose in the world. Because of this, the company’s acknowledgement of responsibility for the disaster of the Rio Cruces Sanctuary not only has a significant impact on Chilean businesses but also those owned internationally.”

Only time will tell whether the swans will return once Celco has done its work—the artificial wetland is still to be created and in the meantime the swans cannot thrive in the area. But there remains one issue still to be addressed: where will Celco dump its waste? It now has plans to pump it out on the nearby coast into the Pacific Ocean, but locals say it could dramatically affect not just local fishermen but tourist-dependent businesses too. 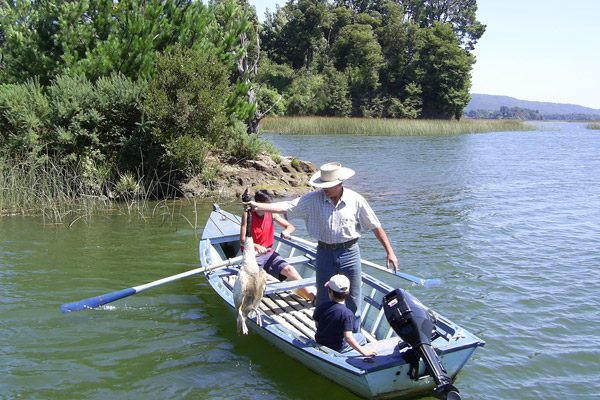 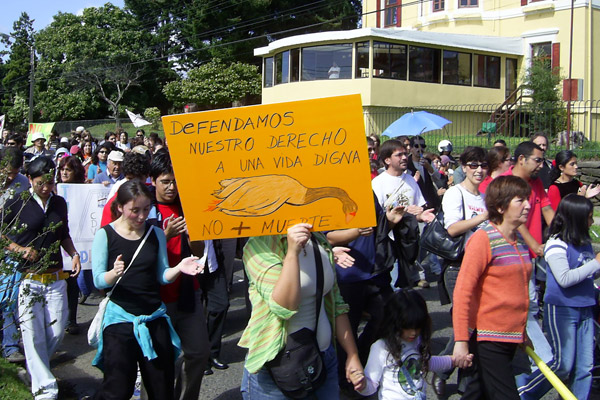 Chileans march over the pollution crisis. Photo by: Daniel Boroschek.

(01/16/2014) Environmental groups have blasted draft text of the Trans-Pacific Partnership (TPP) released yesterday by WikiLeaks as potentially devastating to the environment and wildlife. The massive 12-nation free trade agreement has been negotiated in secret now for almost four years, and the information release by WikiLeaks shows that key environmental safeguards in the agreement are being stripped away, including a ban on shark finning and illegal logging, as well as legally-enforced pollution regulations.

(01/06/2014) Local extinctions have occurred across a variety of habitats on every continent, affecting a gamut of species from large predators such as the wolves of North America, to tiny amphibians like the Kihansi spray toad of Tanzania. The long trek toward reversing such extinctions has begun, but it is not without its challenges, both ethical and logistical.