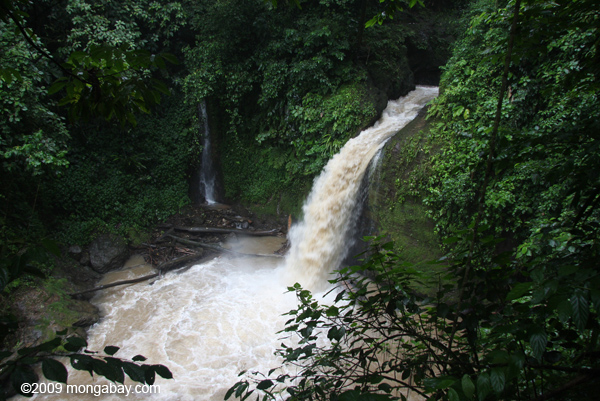 A new study adds further evidence for the “sponge effect” of forests.

Research published in the journal Water Resources Research by scientists at the Smithsonian Tropical Research Institute (STRI) and other institutions finds that forests in Panama help moderate extreme weather events by reducing peak runoff during storms and releasing stored water during droughts. The findings are based on measurements taken during nearly 450 tropical storms in forests and pastures.

“We measured large differences in hydrologic response between watersheds with different land-use histories and land cover,” said lead author Fred Ogden, STRI senior research associate and civil engineering professor at the University of Wyoming, in a statement. “Our ultimate objective is to better understand these effects and include this improved understanding in a high-resolution hydrological model that we are developing to predict land-use effects in tropical watersheds.”

The study found strong support for the argument that forests slow runoff relative to deforested areas.

“The result for storm peaks is spectacular,” said study co-author Robert Stallard, hydrologist at STRI and the U.S. Geological Survey, in a statement. “Storm-water runoff from grazed land is much higher than from forested land. The results are clearest after big storms.”

It also found that forests release more water during the dry season, revealing their importance in regulating water flow year round, helping downstream agriculture and powering the Panama Canal, which requires massive amounts of freshwater to function. 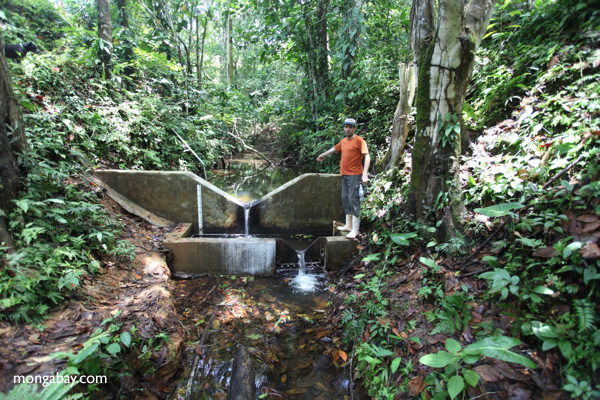 While the findings aren’t much of a surprise, they are based on unusually good data, made possible by long-term monitoring, according to the researchers.

“One of reasons why there isn’t more scientific evidence for the sponge effect is that you have to take what nature dishes out,” said Stallard. “It requires a long-term institutional commitment to get good results. The USGS, STRI, University of Wyoming and the Panama Canal Authority have the resources to do that.”

(09/07/2012) Mangroves reduce wave height by as much as 66 percent over 100 meters of forest providing a vital buffer against the impacts of storms, tsunamis, and hurricanes, according to a new report published by The Nature Conservancy and Wetlands International.

(10/04/2007) While conventional wisdom holds that forests help buffer against catastrophic flooding, there has been little evidence to support such notions. A 2005 report by the Food and Agricultural Organization of the United Nations (FAO) and the Center for International Forestry Research (CIFOR) cited this lack of evidence and argued that flood mitigation efforts though forest preservation could not be justified on economic grounds. Now, a new study, published in the journal Global Change Biology, suggests that forests do impact the occurrence and severity of destructive flooding. A prominent researcher is already calling the new work a “landmark study” in support of forest conservation.