The Congo River traverses the continent of Africa, ending its journey in the Democratic Republic of Congo (DRC) where it spills 1.5 million cubic feet per second into the Atlantic Ocean. Now, plans are underway to harness this tremendous force of water in what promises to be the world’s largest hydropower scheme, The Grand Inga.

The Grand Inga Hydropower Project could produce up to 40,000 megawatts (MW) of electricity, more than twice the power generated by the current most powerful dam in the world—the Three Gorges Dam in China—and more than a third of the electricity currently produced in all of Africa. Yet despite the Grand Inga Project’s location in the DRC, a country where only 10 percent of the population has access to electricity, the majority of the generated power is set to flow to industries, manufacturing and urban consumers in far-away South Africa.

“The Bundu Valley (that will be flooded to create a reservoir for the power plants) is largely a natural landscape interspaced with cultivated fields belonging to communities that live nearby,” Sanyanga told mongabay.com. “These communities will have to be resettled. The resettled people will face many social impacts—they will need to adjust to new life if the new area is different, and they will have to learn new means of livelihoods. The details of social impacts will depend on the resettlement plan and compensation (if any) that these people will receive. The general people in DRC will really not benefit from the Grand Inga and may be impoverished as they incur an additional debt burden.” 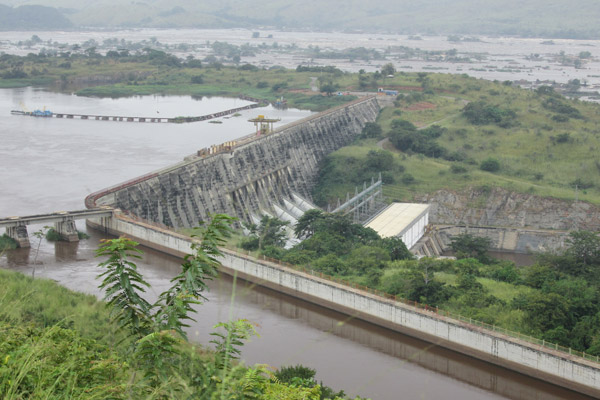 The DRC government is preparing to build the first phase of this massive project, the 4,800 MW Inga 3 Dam, in October of 2015. Consortia from China, Korea and Spain have been pre-qualified to bid on the building contracts.

“The World Bank has announced plans to increase its support for large dams particularly in Africa, and is using the Inga 3 Project for a poster child of this approach,” said Peter Bosshard, the International Relations Policy Director at International Rivers. “Decentralized renewable energy projects would be more effective at expanding access to electricity for the poor and protect the environment. ”

The Inga 3 dam will be located on the largest waterfall in the world by volume, Inga Falls, which is 50 kilometers upstream of the mouth of the Congo River. Inga Falls is already incorporated into the Inga 1 (351 MW) and Inga 2 (1,424 MW) hydroelectric facilities, commissioned in 1972 and 1982, respectively. The DRC is still in debt from these projects, which currently operate at only 50% due to lack of maintenance. Inga 1 and 2 currently divert approximately 30 percent of river flow; the addition of the Grand Inga project will increase that to as much as two-thirds.

“The extent of environmental impacts will only be known after and if a detailed Environmental Impact assessment is carried out,” said Sanyanga. “Based on our own assessments we are certain that the Congo Plume will be affected and that the diversion of flow will affect the aquatic biodiversity along the Inga Falls. In addition the flooding of the Bundu Valley as well as the clearing of forest for the grid transmission will cause huge losses in terrestrial biodiversity.” 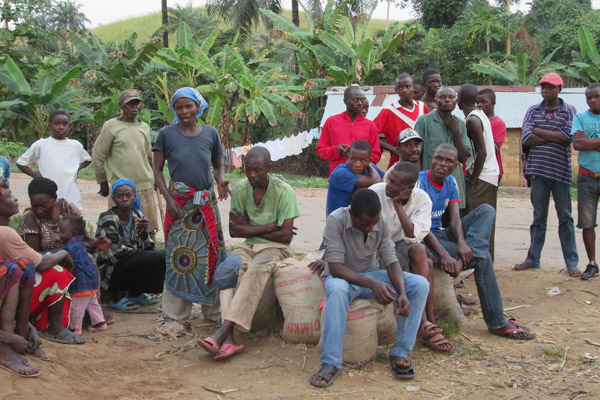 Community that will be moved due to the Grand Inga. Photo courtesy of International Rivers.

(09/18/2013) Small hydroelectric projects in forested areas in Vietnam may be a front for logging operations in the country’s national parks, reports Vietnam Net.

China to build $17B worth of dams in Indonesian Borneo

(06/07/2013) As Indonesia’s controversial Jatigede dam project moves closer to completion, West Java residents whose homes are set to be flooded for the planned 4,973-hectare reservoir brought their complaints to Jakarta, demanding that the country’s president step in to resolve land compensation issues.

(05/22/2013) The opening of the International Hydropower Association (IHA) World Congress in the Malaysian state of Sarawak was marred today by indigenous protests and controversy after a local indigenous leader was barred from attending a pre-conference workshop. Over 300 people from local indigenous people protested the ongoing construction of around a dozen mega-dams in the state that threaten to flood traditional lands, force villages to move, and upend lives in the state. The Sarawak hydropower plans are some of the most controversial in the world—making the choice of Kuching, Sarawak for the IHA meeting an arguably ironic one—with critics contending that the dams are have been mired in political corruption, including kickbacks and bribes. IHA brings together dam builders, banks, and various related organizations worldwide every two years.

China approves another mega-dam that will imperil endangered species

(05/21/2013) Chinese environmental authorities have approved construction plans for what could become the world’s tallest dam, while acknowledging that the project would affect endangered plants and rare fish species.