In a dramatic response to global warming, tropical forests in the high elevation areas of five continents have been “browning” since the 1990s. They have been steadily losing foliage, and showing less photosynthetic activity.

Scientists analyzed the forest cover by using satellites to measure sunlight bouncing off the surface of the earth, then determining the different surface types via reflection patterns. Areas with lush foliage where photosynthetic rates are high appear green, and areas with less foliage look brown. The formula used to express the “greenness” or “brownness” of an area is called the Normalised Difference Vegetation Index (NDVI).

For a study published in the journal Global Change Biology, researchers from institutions in India and Indonesia used NDVI to study changes in tropical mountain vegetation from 1982 to 2006. Mountain ecosystems are isolated, and act as microcosms of a range of temperatures and climatic types. They are considered ecologically sensitive and especially vulnerable to climate change, especially those in tropical areas. 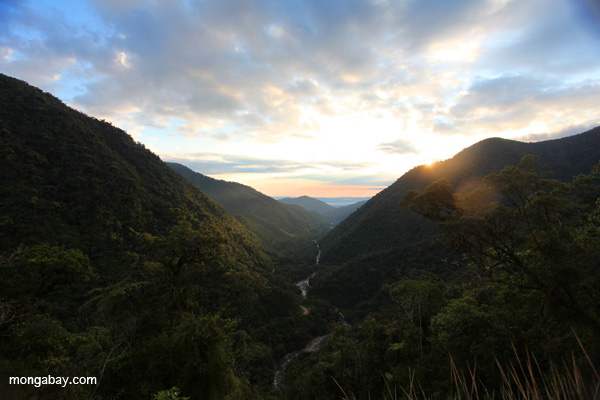 The researchers focused on protected areas between 1,000 and 6,000 meters (3,000 to 20,000 feet) above sea level to minimize effects of human activity on photosynthesis patterns, arriving at 47 areas in Africa, Central America, South America, South Asia and Southeast Asia. The study included pristine areas where tourism is popular, such as the Great Himalayan and Kangchendzonga National Parks in India, Sagarmatha in Nepal, the Sierra Nevada in Venezuela, Mount Kinabalu in Malaysia, Mount Kilimanjaro in Africa and montane areas in Ecuador, Peru and Costa Rica.

The total study area amounted to more than 50,000 square kilometers (20,000 square miles), all located within the world’s biodiversity hotspots. The study describes how photosynthetic rates respond to two aspects of climate change: rainfall and temperature. Greening can be caused by an increase in temperature and/or an increase in precipitation, which results in increased rates of photosynthesis. In contrast, browning can be caused by increased temperature and decreased precipitation, leading to drops in photosynthetic rates.

A global shift in the rate of photosynthesis

Until the mid-1990s, the NDVI showed a greening across all areas included in the study. Then an abrupt shift occurred, synchronous across all 47 protected areas, which changed the greening trend to browning.

“The browning was with respect to the maximum greenness attained in each year – so it was a decline in the maximum photosynthetically active leaf biomass attained in the entire year,” said Jagdish Krishnaswamy of the Ashoka Trust for Research in Ecology and the Environment, and lead author of the paper.

The temperature data showed that four of the five regions included in the study became much warmer than before, indicating that extreme weather conditions increased over time. However, there were no clear trends in rainfall. The authors state that this causes what is called “moisture stress” – an increase in temperature not accompanied by an increase in moisture. This usually causes a reduction in photosynthetic rate. The study did not include data on sources of moisture in these areas other than rainfall; in many mountainous regions with low precipitation, vegetation also derives moisture from mist and fog.

“Something was affecting the ability of tropical mountain vegetation to sustain the same canopy biomass in the early 1990s,” said Krishnaswamy. “We think it was temperature related moisture stress, or loss of moisture regimes such as mist due to warming.”

The exact timing of browning varied between regions, but all were within a seven-year period in the 1990s.

“We certainly did not expect to see this browning trend which was more or less synchronous across all these regions,” said Krishnaswamy.

This shift from greening to browning in the 1990s has also been observed in other regions, according to Anping Chen, a researcher from Princeton University who was not involved in the study. Chen also concurs with the study’s assertions that precipitation, not temperature, is the limiting factor.

“Continuously rising temperature is usually regarded as the main driver for such a trend shift: in early years, warming enhanced vegetation growth; yet continuous warming without accompanied increase in precipitation in late years makes water a major limiting factor for vegetation growth, and thus the greening trend was stalled or reversed,” said Chen. 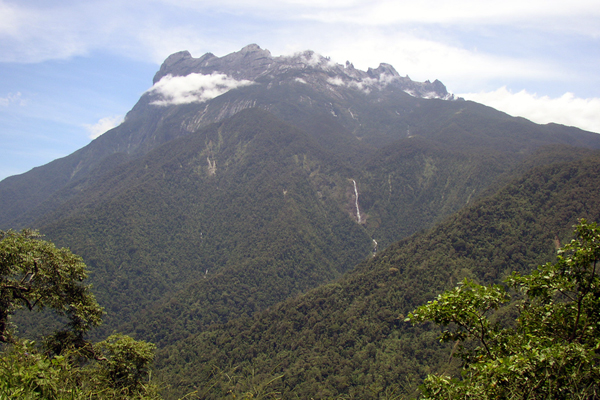 This reversal of greening has been observed in large areas of the northern hemisphere.

Across all regions, browning seemed to decrease as elevation increased. The authors hypothesize that as temperatures increased globally due to global warming, the moisture laden high-elevation areas could photosynthesis more. This removed restrictions placed on photosynthesis by low temperatures, and the degree of browning lessened.

“Even though we did not see a clear increase in greening with elevation, we are seeing a decrease in browning, which fits in with our hypothesis,” said Krishnaswamy.

From the study, it also became clear that it was not solely temperature and rainfall that were affecting patterns in NDVI.

“(There) is a clear indication that there are other climatic or nonclimatic drivers of vegetation change in tropical mountains,” write the authors. “The role of processes such as reactive nitrogen deposition, CO2 fertilization, and forest regrowth are known from several studies, even from lowland tropics, but their importance in tropical mountains has not been evaluated.”

In all, temperature increased at a global level in the 1990s, but there was no increase in precipitation. This caused “moisture stress,” resulting in a drop in photosynthetic rates and consequential browning across 47 protected areas in the high elevation mountainous regions of five continents. Apart from tropical mountain regions, similar trends were also observed across most of the world’s temperate areas.

“Although the availability of satellite-based measurements has increased rapidly in recent years, field-based ecological studies have not kept pace with these measurements,” says senior author Robert John, from the Indian Institute of Science Education and Research at Kolkatta, India. “Through our collective efforts in expanding scientific research, we hope that our understanding of the earth’s ecosystems will keep ahead of the pace of the global decline in natural ecosystems.”

This research was funded by the Department of Biotechnology, Government of India.