Some of the largest palm oil companies are clearing forests and peatlands without seeking consent of local communities, leading to a spate of unresolved conflicts in plantation concessions around the world, warns a coalition of NGOs and researchers.

Members of the Roundtable on Sustainable Palm Oil (RSPO) are violating the rights of local communities in tropical forests and failing to live up to social and environmental commitments, the coalition said in a report released on Thursday.

The groups investigated 16 palm oil plantation operations in Indonesia, the Philippines, Malaysia, Thailand, Liberia, Cameroon and the Democratic Republic of Congo. The study found numerous cases in which palm oil producers failed to ask local communities for permission to operate on their land, often leading to long, drawn-out conflicts. 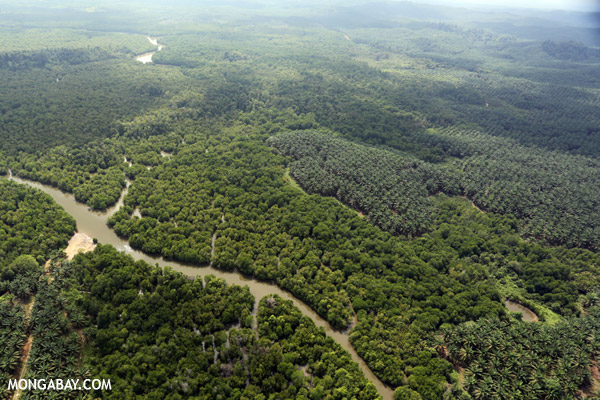 The RSPO, which kicked off its annual meeting in Indonesia on Thursday, requires member companies to respect communities’ legal and customary rights to land. By failing to get permission from local communities, companies are violating not only RSPO standards, but also of the UN-mandated free, prior and informed consent process.

The study also found that in cases where member companies had failed to seek consent, the RSPO’s grievance process was, in most cases, insufficient to deal with these problems and resolve conflicts with communities.

“Since its founding eight years ago, the RSPO has adopted good standards, but too many member companies are not delivering on these paper promises,” Norman Jiwan, head of the Jakarta-based human rights organization Transformasi Untuk Keadilan Indonesia, said in a joint media release on Thursday.

“The RSPO could still meet this challenge if it provides remedies for member companies’ impacts on communities, but for that we need much stricter enforcement. The organization’s very credibility is at stake.” 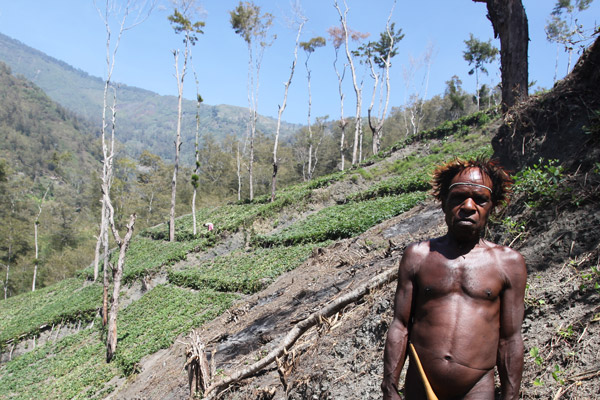 In places like Indonesian New Guinea, local people are being displaced for oil palm plantations.

Violations of free, prior and informed consent

Among the cases highlighted in the 417-page report “Conflict or Consent?” was a case in Sarawak, Malaysia involving a plantation owned by IOI-Pelita, a subsidiary Malaysian conglomerate IOI. In that case, a community whose customary land overlaps with the concession has spent 16 years seeking resolution to a land conflict through four separate systems – the company’s procedure, the Malaysian national courts, the RSPO’s grievance procedure and the RSPO’s Dispute Settlement Facility – but has still not managed to resolve the conflict.

In another case, PT Asiatic Persada, then owned by Wilmar, evicted and bulldozed the homes of 83 indigenous families living inside its concession in Indonesia’s Jambi province in 2011. NGOs helped communities file complaints with both the RSPO and the International Finance Corporation (IFC), since Wilmar had received IFC financing.

The IFC’s Compliance Advisory Ombudsman (CAO) eventually formed a mediation team with the provincial government to try to resolve a long-standing land conflict linked to the evictions. However, before the conflict could be resolved, Wilmar sold PT Asiatic Persada to two non-RSPO companies that do not receive IFC financing, jeopardizing the mediation process.

If companies caught in violation of either the IFC’s Performance Standards or RSPO requirements are simply allowed to divest from those units, it calls into question the effectiveness of both IFC and RSPO standards, the report said.

Meanwhile, in Liberia, the report pointed to a case involving a Sime Darby concession in Grand Cape Mount county. Local communities claimed the company did not seek their free, prior and informed consent and that destruction of their farmlands by the company had left them destitute, the report said. NGOs helped the community file a complaint under the RSPO’s New Plantings Procedure (NPP) in 2011.

Since the complaint was filed, both the government and Sime Darby have taken encouraging steps to improve their practices and negotiate with communities. But even in this case – a relative success compared to some of the other cases the report highlights – the focus has been on providing compensation for lost land, or returning small areas to local people, while still allowing the company to continue operations despite the questionable circumstances surrounding the initial land acquisition process.

According to the study, “This leaves a question-mark over whether the government will now address the underlying issues: the need to recognize communities’ rights to their land and their right to withhold their consent to their land being taken.”

These cases represent just a small sampling of the plantations investigated in the report, but they show that even big-name companies who are members of the RSPO appear to have violated community rights in their operations.

And these violations are not limited to Indonesia and Malaysia, the world’s top two palm oil producers. Violations of RSPO standards are also occurring in Africa and other areas where the palm oil industry has been looking to expand.

Oil palm plantation on a hillside in Borneo

What can be done?

The RSPO was established in 2004 in response to growing concern about the environmental and social impacts of palm oil expansion. But according to the report, the IFC and RSPO complaints mechanisms “lack both the mandate and the capacity to remedy the huge numbers of disputes between companies and communities.”

“So much effort has been invested in the RSPO and the International Finance Corporation’s dispute resolution mechanisms, but to little avail,” said Jefri Saragih, executive director of Sawit Watch, a founding member of the RSPO and a study contributor.

“We can point to one or two good results on the ground, but there are thousands of land conflicts with oil palm companies in Indonesia alone, and the problem is now spreading to other parts of Asia and Africa. We are calling for an urgent and vastly expanded response to this crisis.”

In an email to Mongabay-Indonesia on Wednesday, Sophie Chao, a project officer with the UK-based human rights group Forest Peoples Programme (FPP), laid out several steps the RSPO could take to address concerns raised in the report.

Tightening standards, both in terms of content and implementation, is critical to ensuring that the rights of communities affected by the palm oil industry are respected, Chao said.

Information on RSPO mechanisms and the complaints process must also be provided to communities, she added, since “to date, no complaint has been submitted to the RSPO by communities without the support and facilitation of non-governmental organizations.”

The RSPO’s auditing process should also be improved, Chao said, with better training for auditors and stricter standards for audit reporting.

Chao also pointed out that the multi-stakeholder dialogue process the RSPO is based on could, in practice, be leading to a reluctance on the part of the RSPO to deal effectively with companies that have regularly violated its code of conduct.

“Sanctioning mechanisms thus need to be clarified and enhanced to secure the credibility of the RSPO itself,” Chao said, quoting the report.

But the question of when to sanction companies found violating RSPO standards is a sensitive issue. In an email to Mongabay-Indonesia on Thursday, RSPO communications manager Stefano Savi pointed out that the RSPO is voluntary and has no legal way to ensure its members comply with its standards. Oil palm plantation near Medan, Sumatra, the site of the 2013 RSPO meeting

Simply suspending members for violations would be counter-productive, Savi said. “[I]t would only lead to non-complying members opting to leave the RSPO in the midst of a complaint, without working on remedies.”

“In certain cases, however, the Complaints Panel may ultimately revert to sanctions, requiring for instance a member to take specific actions or face cancelation of its RSPO membership,” Savi added.

Savi also said that the RSPO has strengthened its commitment towards human rights and that its recently revised Principles & Criteria, one of the documents outlining standards with which members must comply, includes clauses requiring companies to have internal human rights policies and forbidding the use of land where there have been disputes.

But study authors say there is still a long way to go before the realities on the ground meet commitments on paper.

“The RSPO only works if the commitments its members make are genuine,” Marcus Colchester of Forest Peoples Programme said in Thursday’s media release.

“RSPO certification was not meant to be a marketing ploy. It was meant to represent a wholehearted dedication to respecting the lives and livelihoods of indigenous peoples and local communities, and the lands that they call home,” he said.

“As an RSPO member, we are calling on the RSPO as a whole to reassert this commitment and live up to it.”