An international research team led by Professor Petr Koube and Darina Koubínová has discovered five new species of vesper bats during a series of expeditions to Senegal’s Niokolo-Koba National Park. The new species are considered cryptic, because their genetic makeup is different despite physical similarities. The new bats have yet to be named.

This was the first genetic study of bats conducted in Senegal, and its findings were recently published in Frontiers in Zoology. Until genetic studies were carried out, scientists relied on bats’ physical and cellular characteristics to distinguish between species. Now, as a result of genetic analysis, many groups are being re-classified. 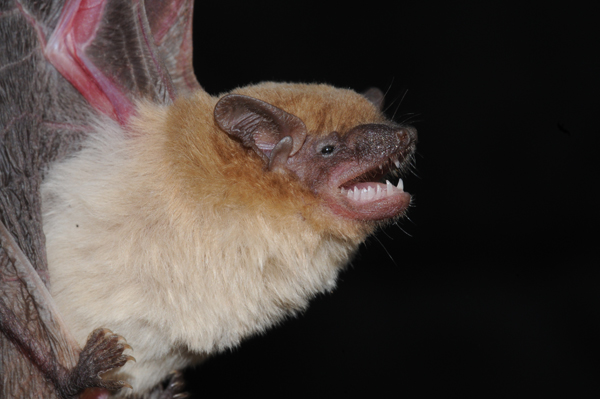 Tropical Africa is an under-sampled area. Not much is known about the species of bats living there and how they relate to other members of the verspertilionids family. With 48 genera and 407 species, vespertilionid bats, also known as evening bats or “vespers,” are considered the largest family of chiropters. Chiropters, or the more common term bats, are mammals whose forelimbs are modified into wings, which allow sustained flight over long distances, unlike the flying squirrel or winged possum that glide using an extra fold of skin joining their front and hind limbs.

Niokolo-Koba National Park where the cryptic bats were uncovered encompasses 9,130 square kilometers (3,525 square miles). It is classified as a biodiversity hotspot and is included in the World Heritage list of sites in danger due to the fact that many of its endemic plant and animal species are under threat of extinction. These threats come from environmental pressures such as human population growth, poaching, brush fires and diminished water resources, among others. 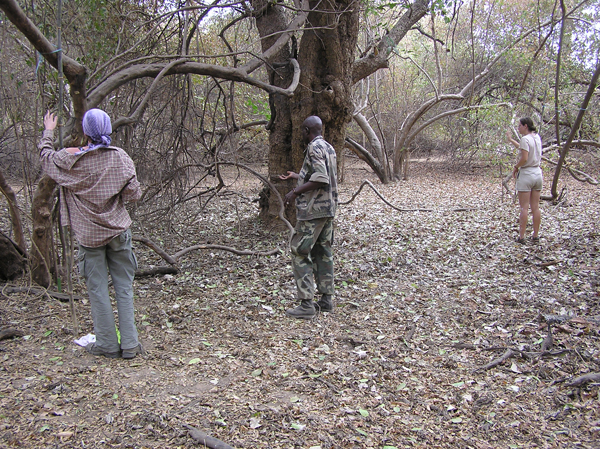 The Czech team setting up the nets with their Senegalese helpers. Photo courtesy of Prof. Jaroslav Červený.

Some scientists believe there may be as many as 50 species of vesper bat in Senegal, however others consider this an underestimation. The scientists believe that the evolution of such a large number of genetically-distinct yet physically-similar bat species in one area was likely due to long periods of isolation.

“The presence of cryptic taxa pairs across the tree of Vespertilionidae suggests a signal of long genetic isolation between West- and other African populations (probably about 0.4-6 million years ago at species level…),” reads the study.

The study hypothesized that genetic diversification could have been caused by climate change in the region during the Pliocene and Pleistocene epochs, when there was a shift from a relatively arid climate to one of greater humidity and forest cover while genetic isolation occurred when aridity resulted in a dramatic decrease in forest cover. Similar patterns of species diversity and divergence have been observed in other plants and animals in the area, adding credibility to this explanation.

Three geographic features mentioned in the article have been hypothesized to function as environmental barriers resulting in species diversification or divergence. The Dahomey Gap, located between the rainforests of East and West Africa, has opened and closed in past due to variations in climate creating a dispersal barrier for many forest dwelling species. The Niger Delta and the Cameroon volcanic line lack data to draw certain conclusions about how they affect distributions and habitat preferences of the species residing there.

Bats represent 20% of the world’s mammals with more than 1,200 species. They have existed on Earth since the age of the dinosaurs, living in all habitats save for the extremely cold. The Kitti’s hog-nosed bat weighs less than a penny, making it the smallest member of the order. The flying foxes are the group’s largest members with species like the giant golden-crowned flying fox among the biggest. Depending on their suborder, megabat or microbat, their diet consists of insects, fruits, plant nectar, and animals. Bats are also pollinators, and many plants in the tropics rely exclusively on bats for pollination. 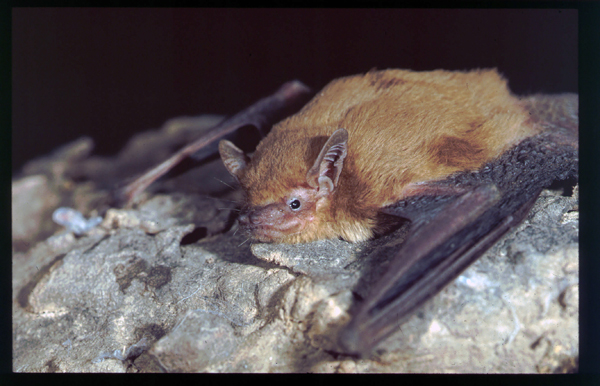 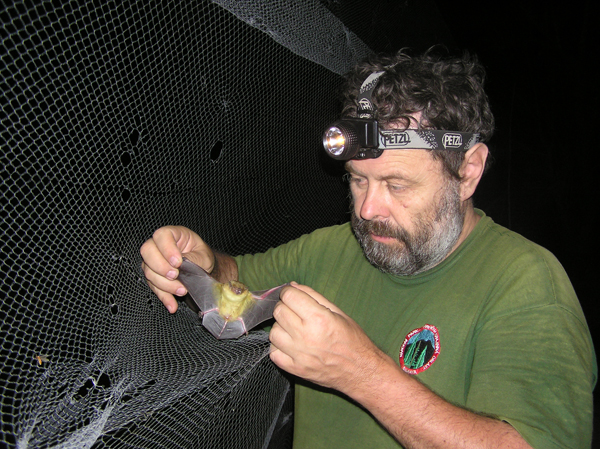 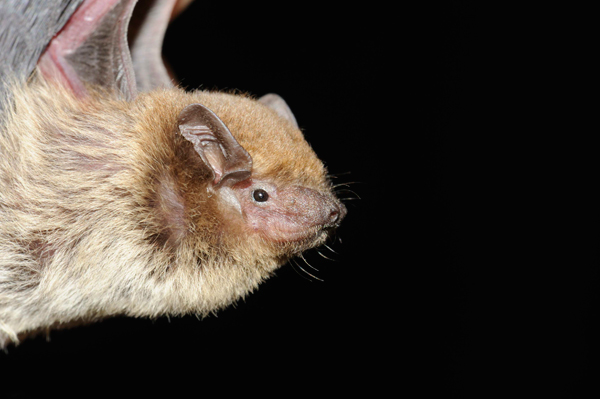