The Western Ghats are a globally recognized repository of biological diversity for our planet. We know very little about most species found here, particularly the ecologically sensitive and spectacularly beautiful 179 amphibians. Astonishingly, 87% of all Western Ghats frogs are endemic and found nowhere else on the planet. Our collaborative research project with Drs Paul Robbins and Ashwini Chhatre examining biodiversity in production landscapes of Ghats unearthed some spectacular amphibians in 2013. 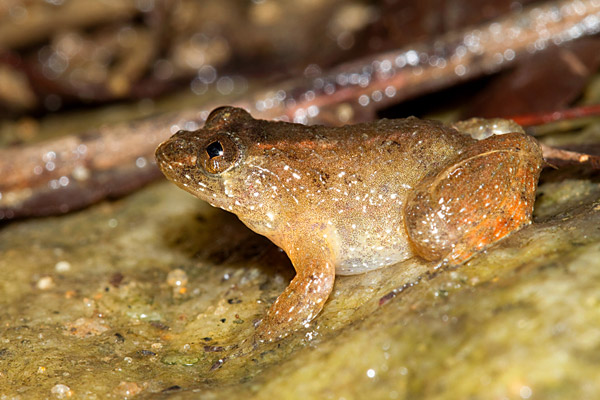 Lost to science for almost 75 years and rediscovered recently, Nyctibatrachus kempholeyensis was first described by the legendary Indian herpetologist C.R. Narayan Rao in 1937 and can be recognized by their distinct cricket like call. 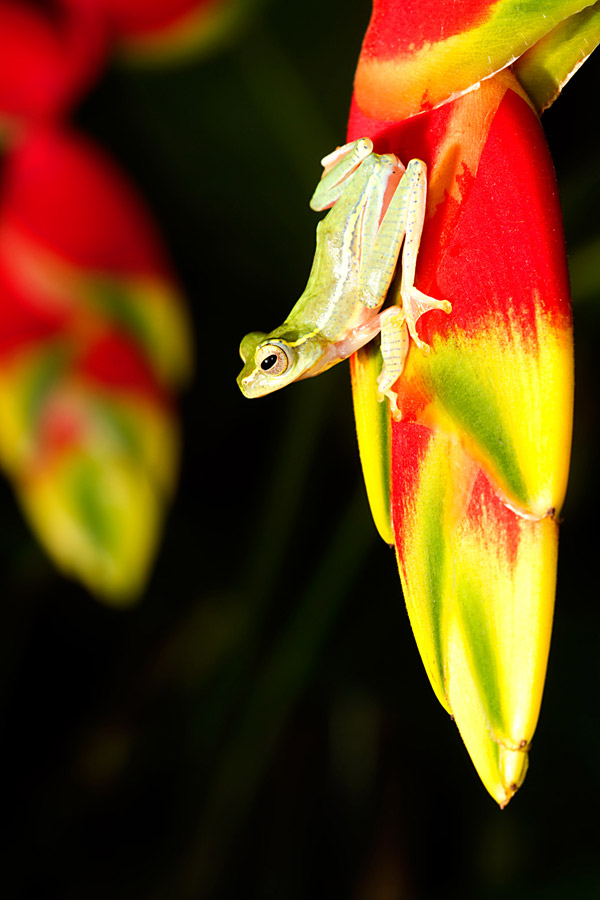 Rhacophorus lateralis was rediscovered in 2000 and is thought to be extremely localized. We observed more than 200 individuals of this species in a pond. 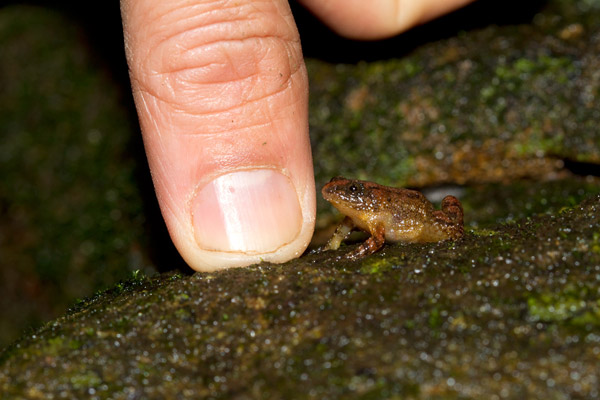 Nyctibatrachus minimus is the smallest known frog in India.

Exhibiting interesting behavior from foot flagging to gliding, frogs in the Ghats leave much to be discovered by scientists and naturalists. 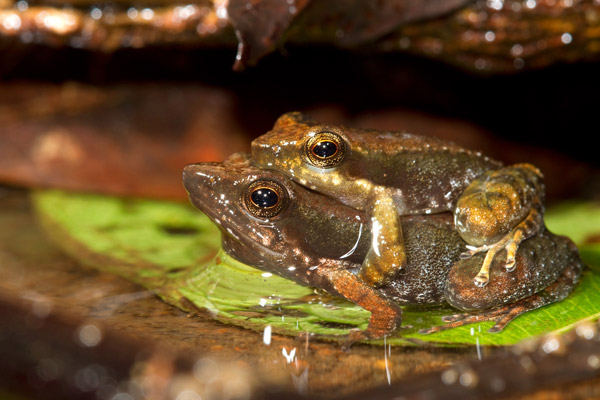 The foot flaggers Micrixalus species found typically in shallow fast-flowing streams, are thought to use “foot flagging” to communicate when vocalizations are drowned out by water flow. 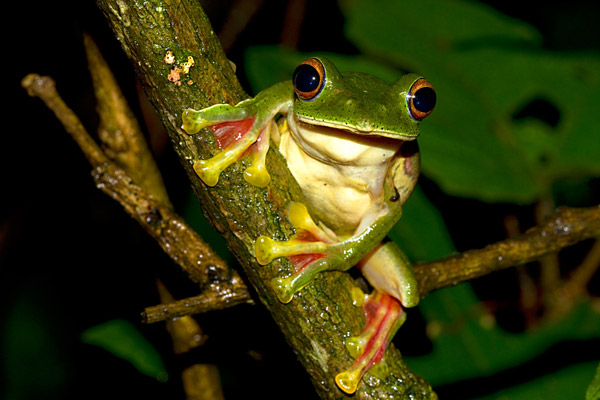 The gliding abilities of Rhacophorus malabaricus aided by long skin between their fingers allow these frogs to cover distances of 10 feet in one leap! They also build foam nests and we observed interesting behavior such as cannibalism among tadpoles.

Many of these amphibians are strikingly beautiful and extremely adaptable. 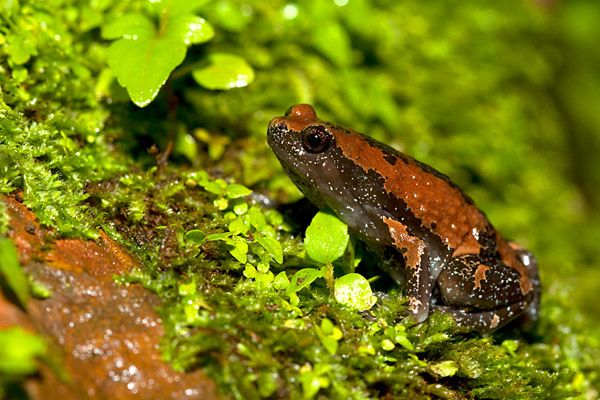 With its bright colors and listed as Endangered, Ramanella trangularis was seen to be using strategic locations such as crevices and tree holes to amplify its calls. 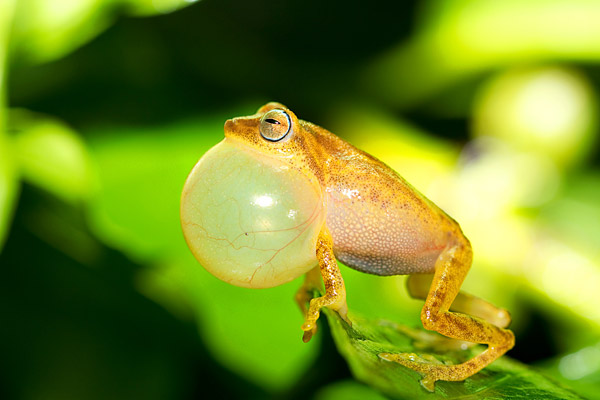 Raorchestes luteolus also known as the blue-eyed bush frog is common to the Ghats. 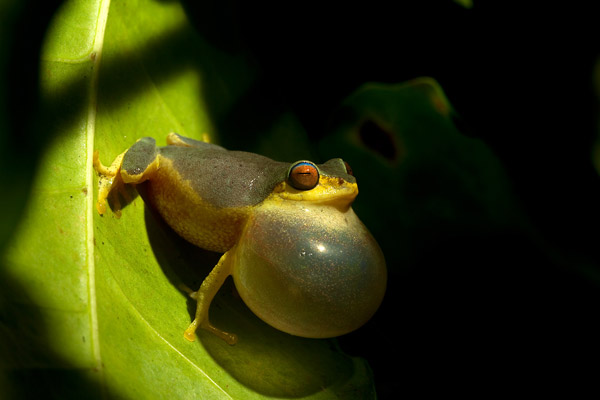 Some species such as Raorchestes glandulosus come in a range of colors often all found in one location. 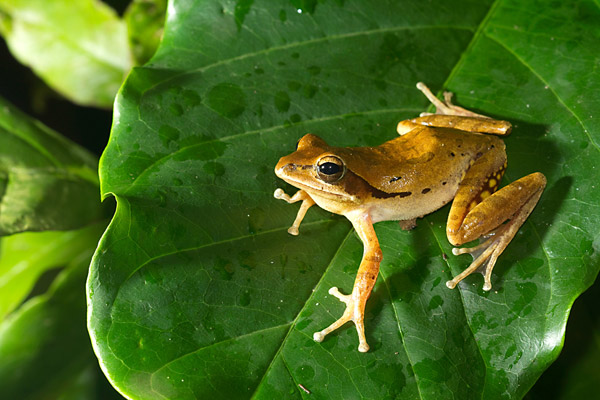 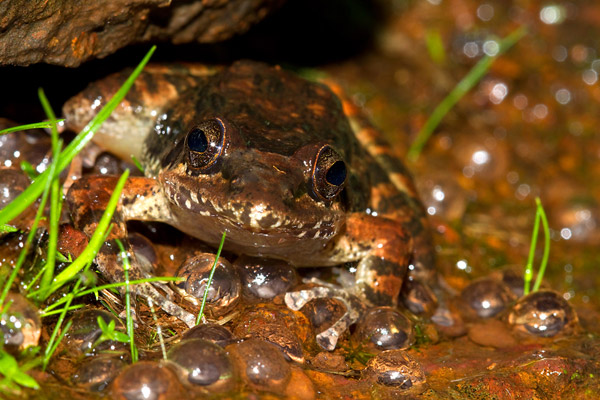 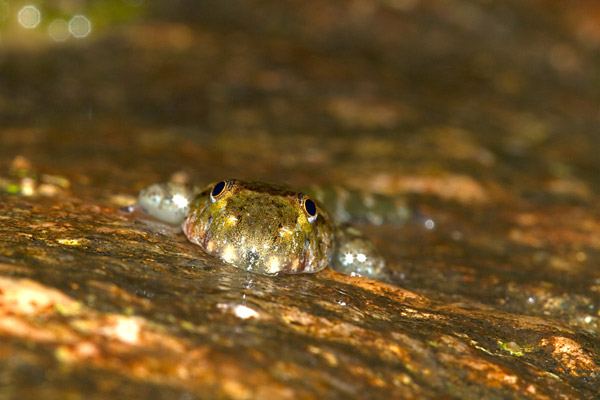 Many of these frogs display unique abilities in building nests and laying egg clutches such as Indirana species. 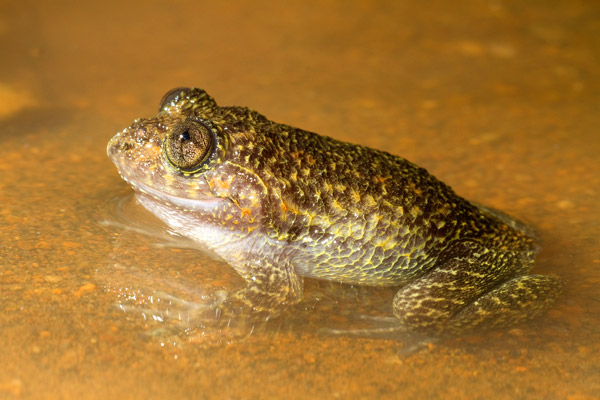 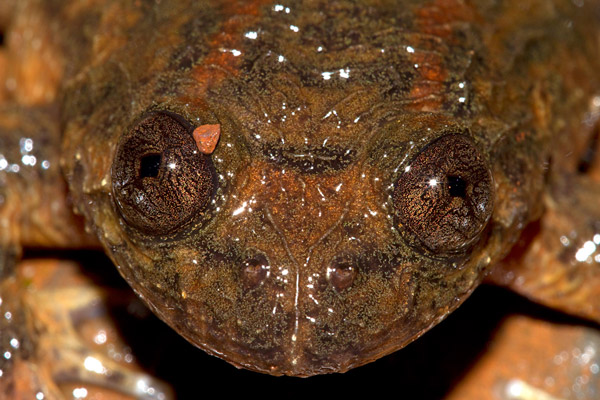 And we are still discovering new species including Nyctibatrachus grandis (with its owl-like call) whose males defend egg clutches rather aggressively, and Nyctibatrachus dattatreyaensis only found in a 30 sq km of the entire 160,000 sq km Ghats. 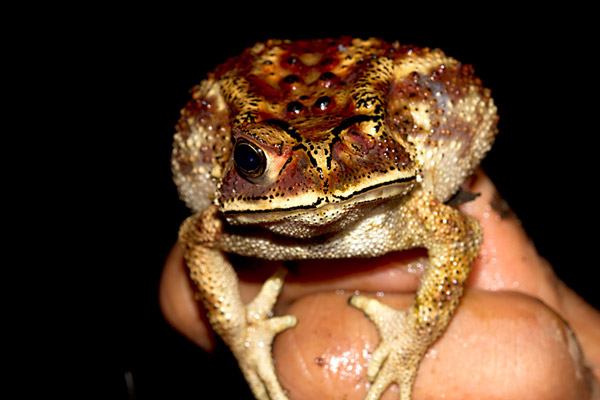 Unfortunately, most of these endemic species are threatened by range of human activities, resulting in fragmentation and disruption of habitat quality that they are particularly sensitive to, causing visible deformities. We observed deformities including one in Duttaphrynus melanosticus.

We were able to find many amphibians in unprotected and heavily human-used habitats. We believe there is a urgent need for immediate investments in improving the scientific understanding and conservation efforts focused on these environmentally sensitive flagships of the Western Ghats.