Migratory shorebird populations are at great risk from rising sea levels due to global climate change, warns a recent paper in Proceedings of the Royal Society B. These birds play an important role in the distribution of nutrients within wetland and coastal ecosystems, and their loss could have unknown consequences for the rest of the world.

Many scientists have documented the accelerated melting of land ice that had led to higher sea levels, but until now researchers have not known how this would impact shorebirds. But utilizing a mathematical technique that models flow of water through a pipeline, scientists have developed an innovative method to measure the effect habitat loss on shorebirds.

They estimate that sea level rise will flood 23- 40% of intertidal habitat, causing a staggering population loss of up to 70% in some species. The impact of sea level rise is much greater for species where a large proportion of the population stops to refuel and feed at a single site on their journey, known as bottlenecks. 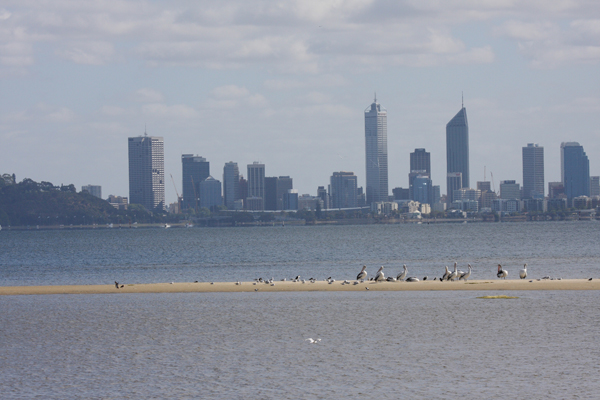 These bottleneck sites “determine the maximum abundance of migratory animals that can be supported by their migratory routes,” explains co-author Dr Takuya Iwamura of Stanford University. He also adds that it is these sites that are “the ones most threatened by recent coastal development in Asia.”

Iwamura explains that areas “in the Yellow Sea (e.g. Bohai bay in China) require immediate attention because these areas mark the location of the biggest bottlenecks in the flyway, yet these habitats are being lost rapidly.” He suggests that “habitat loss through reclamation in places like the Yellow Sea needs to stop, and coastal development should be reconsidered.” As their study shows, “unlimited coastal development greatly threatens the ability of migrants to mitigate the impacts of sea level rise.” 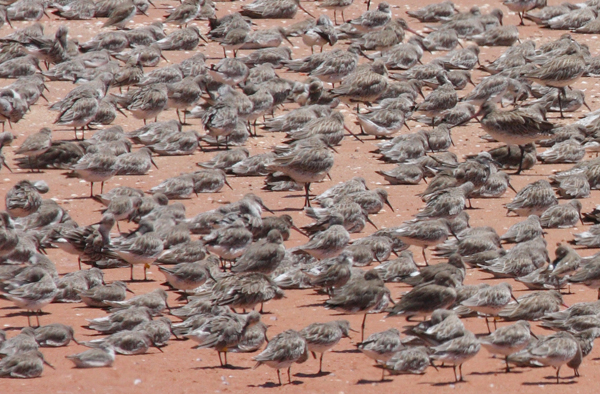 A group of Knot and Godwits some of the species at risk due to sea level rise. Photo by Robert Clemens at University Queensland.

He also adds that “in the longer term, research needs to underpin a strategy to identify what exactly needs to be protected, where, and how in order to achieve conservation goals. International cooperation among many countries in the eastern Pacific is crucial for us to succeed conservation of migratory shorebirds.”

(08/13/2012) Humboldt penguins was found along the western edge of South America in Chile and Argentina. They face a barrage of threats including overfishing, drowning as bycatch, El Nino conditions that affect food availability, and climate change. Significant population declines have led to the species being listed as Vulnerable on the IUCN Red List.