Less than a hundred kilometers from the bustling metropolis of Jakarta, scientists have captured incredible photos of one of the world’s most endangered big cats: the Javan leopard (Panthera pardus melas). Taken by a research project in Gunung Halimun-Salak National Park, the photos show the magnificent animal relaxing in dense primary rainforest. Scientists believe that fewer than 250 mature Javan leopard survive, and the population may be down to 100.

“After I set up the camera and I checked the results, and I saw the leopard pictures I was very, very happy,” says Age Kridalaksana with the Center for International Forestry Research (CIFOR) in a video produced by CIFOR (see below). In all, Kridalaksana captured three different leopards on the camera trap, representing perhaps 3 percent of the total population. One of the leopards photographed was melanistic, or sporting a black coat.

However, three leopards in the small area may represent a problem according to Kridalaksana.

“Because the leopard is the top predator in the food chain system, I think it is too much, if we compare with the prey like deer, like mouse, like civet. We assume that the condition of the ecosystem is not balanced, so the leopard tends to find another place to find a meal.”

Such ecological conditions are likely pushing leopards into nearby villages, spawning human-wildlife conflict. Gunung Halimun-Salak National Park is surrounded by densely populated villages, including some that are located within the park boundaries. Making matters worse, some villagers poach game with in the park.

“Indeed we have a very big challenge since more than 300 villages are located inside or around the park with more than 100,000 individuals,” Iwan Ridwan, a forestry technician with Gunung Halimun-Salak National Park, says in the video by CIFOR. “The most significant threat is deforestation, since deforestation reduces the habitat of these species and reduces their living space in order to search for food and to reproduce.”

Officials are working on programs to mitigate human-wildlife conflict and create new economic opportunities that don’t depend on the park for livelihoods.

Not surprisingly the Javan leopard is listed as Critically Endangered by the IUCN Red List. In many ways, its surprising to have a big cat surviving on an island home to around 120 million people and rising. Javan used to have its own subspecies of tiger as well, but the Javan tiger (Panthera tigris sondaica) went extinct in the 1970s. Much work remains to save the Javan leopard from the same fate as its bigger cousin. 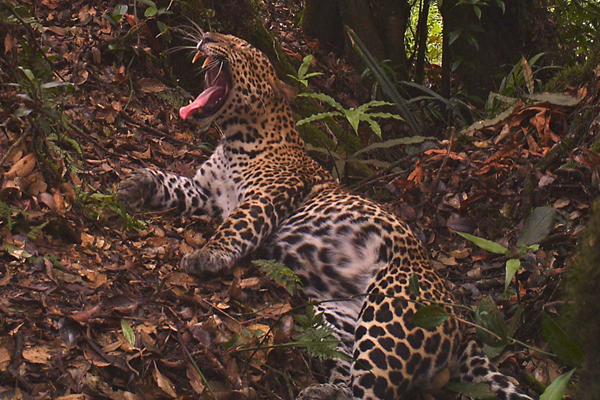 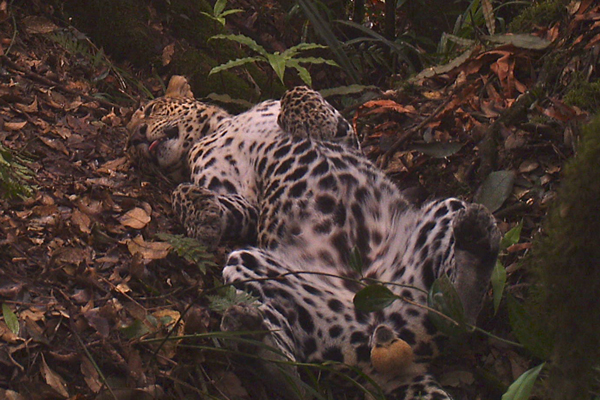 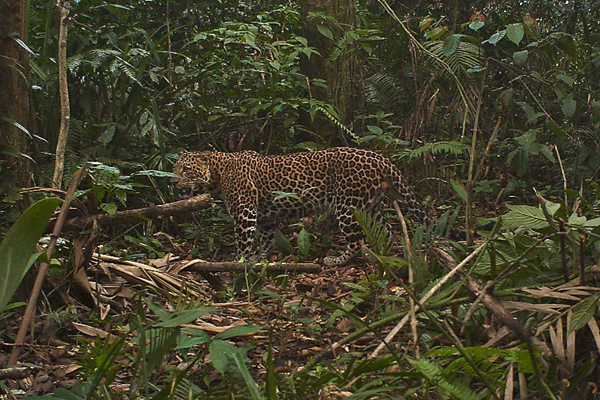 (05/16/2013) Jaguars (Panthera onca) are the biggest cat in the Americas and the only member of the Panthera genus in the New World; an animal most people recognize, the jaguar is also the third largest cat in the world with an intoxicatingly dangerous beauty. The feline ranges from the harsh deserts of southern Arizona to the lush rainforests of Central America, and from the Pantanal wetlands all the way down to northern Argentina. These mega-predators stalk prey quietly through the grasses of Venezuelan savannas, prowl the Atlantic forests of eastern Brazil, hunt along the river of the Amazon, and even venture into lower parts of the Andes.

(03/08/2013) A group of prominent conservation groups have joined an alliance of African states in calling on CITES to ban the trade in wild cheetah for the pet trade.

(02/26/2013) The number of tigers being captive bred in China for consumption exceed those surviving in the wild—across 13 countries—by over a third, according to a new report by the Environmental Investigation Agency (EIA). The report, Hidden in Plain Sight, alleges that while the Chinese government has been taking a tough stance on tiger conservation abroad, at home it has been secretly creating demand for the internationally-banned trade. Few animals in the world have garnered as much conservation attention at the tiger (Panthera tigirs), including an international summit in 2010 that raised hundreds of millions of dollars for the vanishing wild cats.

(02/26/2013) Cheetahs (Acinonyx jubatus) are unique among large cats. They have a highly specialized body, a mild temperament, and are the fastest living animals on land. Acinonyx jubatus venaticus, the Asiatic subspecies, is unique among cheetahs and the only member of five currently living subspecies to occur outside of Africa. Listed as Critically Endangered on the IUCN Red List—with a population of between 70 and 100 individuals—the Asiatic cheetah is one of the rarest felines on the planet. But new proposed road through one of its last habitat strongholds may threaten the cat even further.