Fishing is not a woman’s domain in most countries across the globe. In parts of India there are fishing communities who believe that having a woman onboard a fishing boat brings bad luck. Despite this, Divya Karnad, a scientist who studies marine life in India, has spent several years studying fisheries and their impact on species like sharks and sea turtles. Her work forms a part of global efforts to track declining marine species and encourage more sustainable fishing.

A growing demand for seafood across the globe has resulted in increasingly unscrupulous and unregulated fishing, threatening endangered species like bluefin tuna, several species of sharks and marine mammals like humpback whales. In response countries like New Zealand, the U.S. and some European nations in Europe have managed to regulate their fishing fleet’s activities, and their fisheries are increasingly being recognized as sustainable by the scientific community. However the result of limited fish catches in the developed world has been an increasing dependence on fisheries from countries like India and China to supply never-ending demand.

Fishing is very poorly regulated in countries like India, one of the reasons why Karnad felt compelled to work on sustainable fishing issues. Scientific attention to the impacts of fishing is increasing in India, and Karnad saw this as an opportune moment to bring these issues to public attention. Armed with a Master’s degree in Wildlife Biology and Conservation, and experience with sea turtle conservation, Karnad paralleled her research in fishing communities with her passion to spread the message beyond the academy. Reaching out to thousands of readers through articles in leading newspapers and magazines in India and abroad, Karnad has recently received international recognition for her efforts. Selected to receive the prestigious 2013 John Muir Conservation Award in USA, Karnad reflects on her journey and future plans with mongabay.com.

AN INTERVIEW WITH DIVYA KARNAD 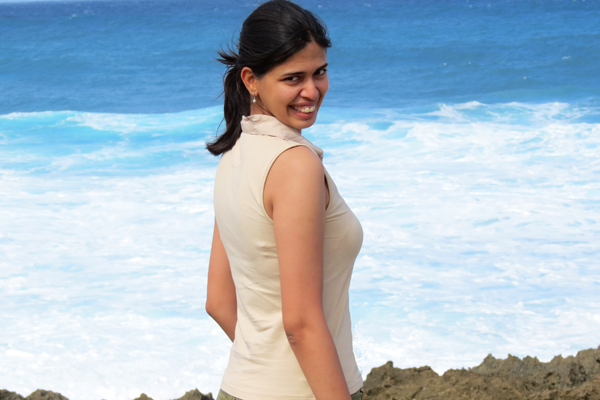 Mongabay: What drew you to marine conservation issues?

Divya Karnad: Having been raised in a coastal city in India, I always felt at home with the sea, its wildlife and the people that depended on it. While wildlife conservation can be a draining pursuit, where one suffers so many defeats, I find that I am reinvigorated when I have the opportunity to spend time in marine ecosystems. This is not to say that I don’t sometimes get seasick!

Mongabay: When thinking about marine life, animals like sea turtles and whales come to mind, but your focus seems to be on fishermen and the way they fish. Why is it important for scientists and the public to be interested in fisheries?

Divya Karnad: It seems that issues related to fishing have remained on the edge of mainstream conservation biology. In India at least, it is officially recognized to be a component of agriculture. However, there are sharp distinctions, the most important of which is that the species being harvested by marine fisheries are wild. Despite the fact that our familiarity with a mackerel is far greater than with a lion, species like sardines and mackerels deserve attention due to the rate at which they are being killed across the globe. Also, like you pointed out, charismatic species like sea turtles and marine mammals are often unwitting victims of indiscriminate fishing gears. Scientists have been talking about global marine species declines due to fishing for a while now, but there are large gaps in their data, particularly from Asia and Africa. This is where most of the world’s fish is now coming from, and therefore the issue needs a lot more academic and public attention here.

Mongabay: Why did you choose the male dominated realm of fishing to do your research and form the topic of many of your articles?

Divya Karnad: Although it seems that way, women actually have, or at least used to have very important roles to play in the fishery. Across countries as widely separated as the Philippines and Senegal, women were traditionally responsible for sorting and selling fish catch, as a result they held the financial reins. This is increasingly changing with the entry of global export businesses into small-time fish markets. Nevertheless fishing has always loomed large as the problem and solution to marine conservation issues in India. This is because it is rare to find coastal waters that are not being fished, irrespective of their status as Marine Protected Areas. In this context, it is simply not possible to ignore fisheries and study ecology as though fishing doesn’t happen. It also doesn’t make sense to do so, when clearly fishing has such wide-reaching and long lasting impacts on marine ecosystems. Working with fishing communities reveals so many interesting stories, complexities and puzzles and has opened my eyes to new perspectives that have helped me better understand why conservation solutions that seemed so foolproof on paper have failed. I feel responsible to communicate my learning with others, since not everyone will be afforded similar privileges of time and access to these regions and these people.

Mongabay: Could you tell us a little more about the award that you will be receiving? 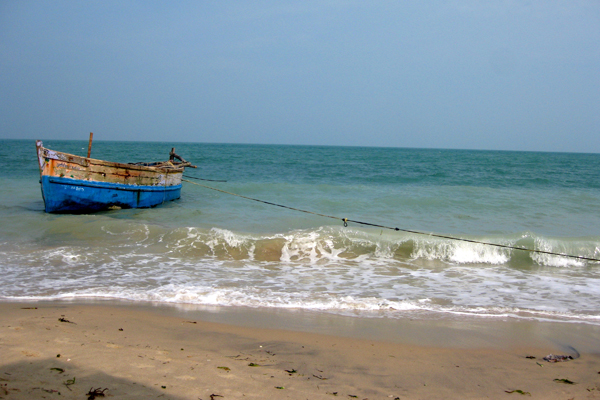 Smallscale fisheries are important for livelihoods and protein in many parts of India. Photo by: Divya Karnad.

Divya Karnad: I will be receiving the John Muir Conservation award for environmental education from the John Muir Association, California. The award is meant to honor my efforts as a free-lance writer about conservation issues in the Indian media. As a recipient, I hope that this will raise the profile of some of the issues that I write about.

Mongabay: Why did you start writing for a non-scientific audience?

Divya Karnad: Writing for newspapers and magazines always came more naturally to me than scientific writing. Although I have received no formal training in science journalism, when I am consumed with anger at some conservation problem, I find that writing is usually my outlet. It helps move discussions beyond the like-minded people that scientists usually interact with, and make research findings and opinions more accessible to everyone. The impact of some great science writers like Carl Safina and David Quammen on the public has also been inspirational.

Mongabay: What do you think the role of articles about conservation issues is in an age of visual media?

Divya Karnad: I believe audience attention spans are getting shorter. This is also reflected in the constraints within which authors are expected to make their points in the press. It is important to innovate and keep up with the times, but I don’t believe that this means that articles no longer have a place in the public imagination. Complementing written pieces with effective visuals is certainly very important and there is no dearth of wildlife photographers in India. I would personally like to believe that keeping conservation in the written news has a great impact, especially when newspapers like the New York Times have dismantled their environment desk, and wildlife seems to be sliding back off the radar.

Mongabay: What are the main themes that you explore in your articles?

Divya Karnad: Following the example of geographer Don Mitchell, a MacArthur Fellow based at Syracuse University, I am tempted to write about things that upset me the most. While this is definitely not the strategy that I follow in my writing, I find it easiest to do so. My articles have addressed issues that range from struggles between artisanal and industrial fishermen to sea turtle biology and urban biodiversity declines. At the same time I have documented current issues like the opening of Indian waters to factory ships that were majority foreign-owned, demystified the role of recognizing statistical uncertainties in science and so on. While I tend to focus on marine issues, I have also written several articles on terrestrial conservation issues.

Mongabay: Do you see interest in marine conservation growing alongside work like yours and other marine scientists in India?

Divya Karnad: Definitely, there are a lot of marine science Master’s programs in India and thus far their graduates have had few opportunities to continue in the field. Increasingly, the non-government sector has been entering the field of marine ecology and conservation and providing some job opportunities for new graduates. I have had the opportunity to work with some great and energetic young researchers, whose commitment and passion have attracted more people to join them. Simply getting people to experience the wonders of marine life without the barriers of luxury are often enough to get them interested in getting involved. 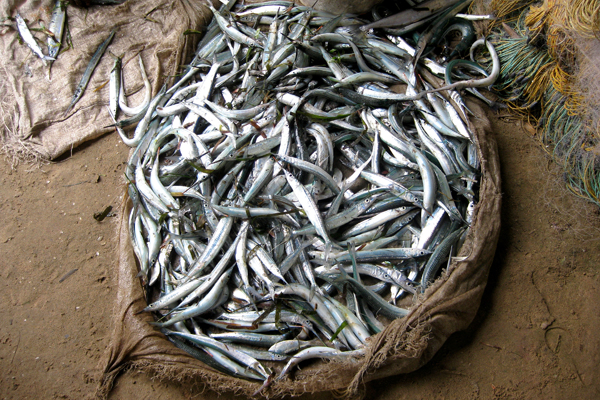 (04/09/2013) Drones have been getting a bad rap lately and for good reason. However in the state of Assam, these commonly used weapons of warfare are being used to monitor the rhinoceros population. The Kaziranga National Park in Assam has deployed aerial drones to monitor poaching activity within the park’s boundaries to protect the endangered one-horned rhino population.

Where the flamingos fly: Mumbai, apparently!

(04/03/2013) When you think of flamingos you think of the great flamingo migration, a sea of pink in Tanzania, or maybe even a funny cartoon with these dancing, lanky creatures but the last thing you would think of is Mumbai. Strangely, this modern chaotic city provides a temporary home to these lovely coral-colored birds. They visit the mudflats of Mumbai every year in the winter (January – May) and provide a treat to casual bird-watchers, ornithologists and regular citizens alike. The Bombay Natural History Society (BNHS) also organizes a flamingo watching festival during this period to encourage people to observe these birds.

Human-wildlife conflict on the rise in India

(04/03/2013) Recently, the news has been rife with reports of human-wildlife conflict over various parts of India. Most of these reports originate from forest areas surrounding the Western Ghats in the south and also the state of Maharashtra as well as the north-western areas of the country. While there are many reasons for human-wildife conflict, here it is mostly because of new developments encroaching on forest lands and animal territories. Alongside humans, elephants and leopards are the most common animals victims to this conflict in India.